A Guide To Some Of The Most Historic Buildings In Mumbai

Haji Ali Dargha | © Humayunn Peerzaada/WikiCommons
Mumbai is home to many historic buildings, each one a reminder of the city’s rich and complicated history. We have rounded up a list of six iconic Mumbai buildings for you to get a taste of the city’s cosmopolitan past.

Building, Library
Town Hall | © aks-9955/WikiCommons
Built in the year 1833, this heritage structure houses the Asiatic Society of Mumbai. Designed by Colonel Thomas Cowper, the neoclassical building has a portico adorned with eight, iconic Doric columns and a flight of 30 steps leading up to it. The library of the Asiatic Society, housed in this imposing structure, has 15,000 rare and valuable books among its collection of over one hundred thousand. These include one of the two known original copies of Dante’s Divine Comedy and Sanskrit texts dating back to the 13th century.
More Info
Open In Google Maps
Fort Mumbai, Maharashtra, 400023, India
+912222660956
View menu
Visit website
Visit Facebook page
Send an Email
Give us feedback

Church
Mount Mary Church | © Rakesh Krishna Kumar / WikiCommons
One of the city’s most popular and historic churches, Mount Mary’s Basilica sits atop a hillock overlooking the Arabian Sea, near the Taj Lands End hotel in Bandra West. While the first edifice at the hillock is considered to have been built around 1570, the structure was rebuilt in 1640 and then again in 1760. The current church structure is just over one hundred years old – designed by architect Shapoorjee Chandabhoy in 1904 – however, the statue of Mother Mary at the church is said to have been brought to India by the Portuguese in the 16th century.
More Info
Open In Google Maps
Mount Mary Road, Mount Mary, Bandra West Mumbai, Maharashtra, 400050, India
+912226423152
View menu
Visit website
Visit Facebook page
Send an Email
Give us feedback

The Chhatrapati Shivaji Maharaj Terminus is not just a UNESCO World Heritage site, but also the country’s most famous railway station and Mumbai’s most iconic landmark. Designed by British architect Frederick William Stevens, construction on this grand structure began in 1878 and was completed ten years later. The impressive building is a display of striking High Victorian Gothic and Indian architectural styles, featuring turrets, pointed arches and a high central dome, atop which stands a gigantic female figure, holding a torch pointing upwards in her right hand and a spoked wheel in the other. 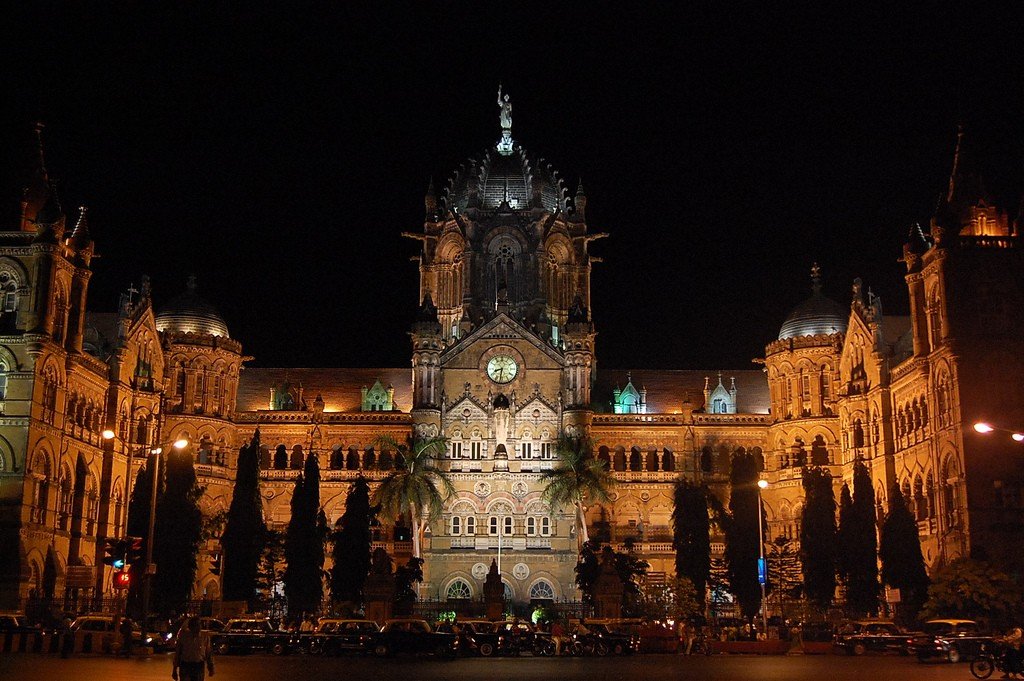 Located on an isle about 500 meters off the coast of Worli, this majestic mosque and dargah (tomb) of the Mughal style dates back to 1431. The architectural marvel was created in memory of a wealthy Muslim merchant, Sayyed Peer Haji Ali Shah Bukhari, hailing from present-day Uzbekistan. Bukhari is said to have given up all of his worldly possessions to make a pilgrimage to Mecca, and to have then traveled around the world to finally settle in present-day Mumbai. Featuring stunning white domes and minarets, the structure is connected to the mainland by a narrow pathway which only appears during low tide. 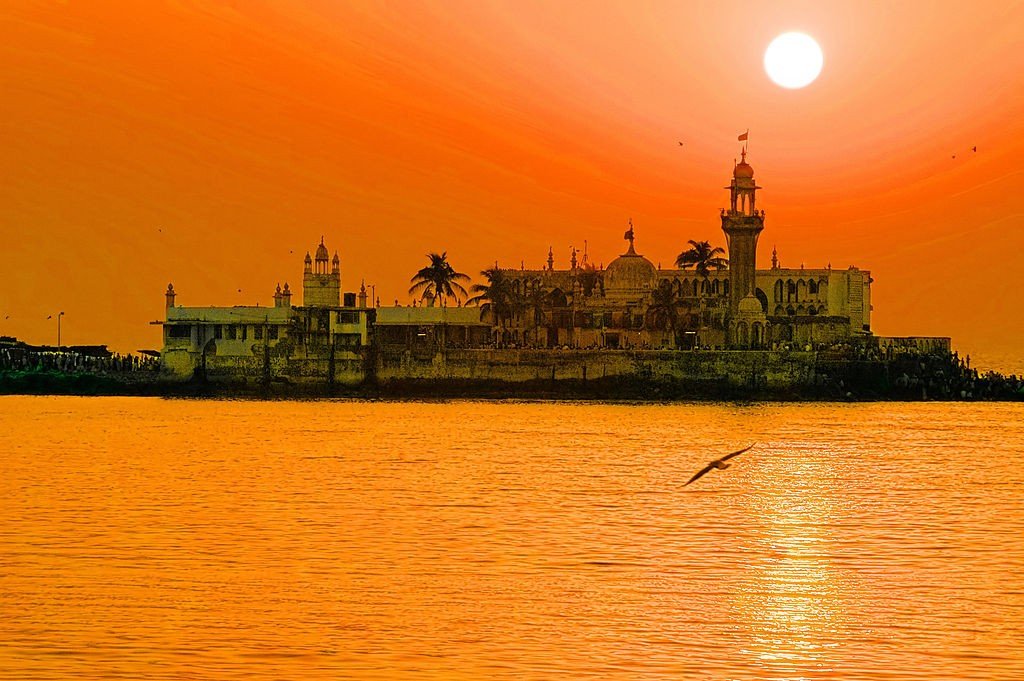 Dedicated to the goddess Mumba, from whom the city derives its own name, the Mumba Devi Temple is estimated to date back to the 17th century. While the structure has been rebuilt several times, the temple houses a historic idol of the Devi (goddess) adorned with a silver crown, as well as a golden necklace and nose stud. 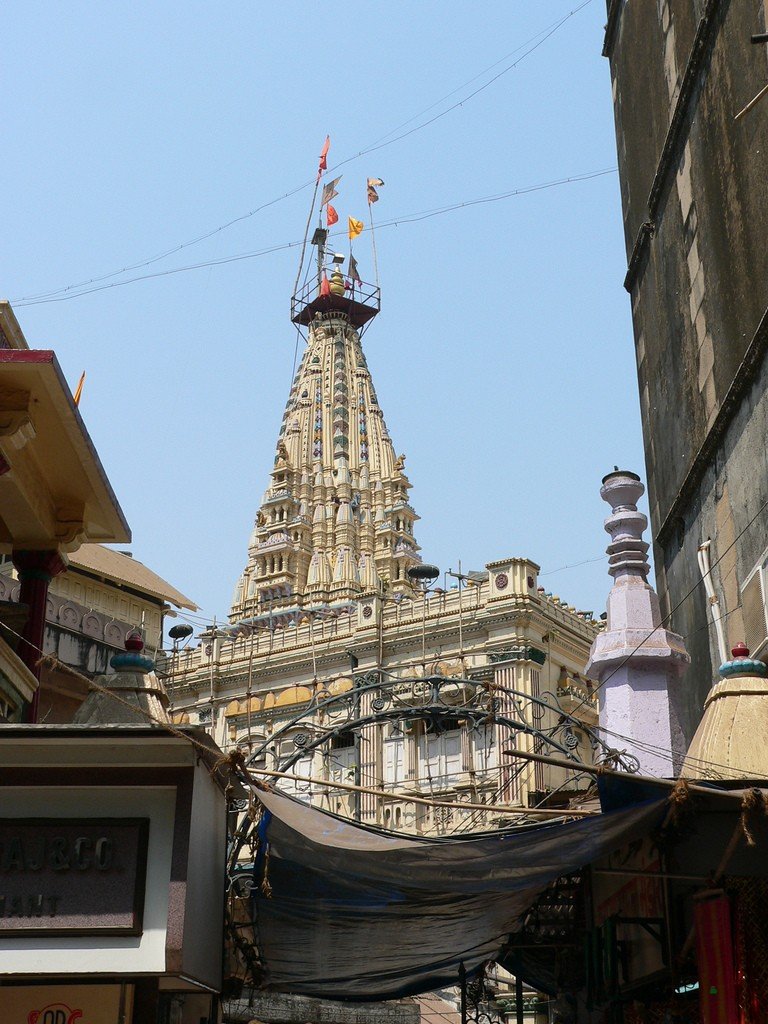 One of the oldest defensive structures to be built in Mumbai, the Bombay Castle has been gracing the city’s Fort neighborhood for about five centuries. The original structure on the site, the Manor House, was built by Portuguese nobleman Garcia de Orta in the 16th century, hence the building is also known as Casa de Orta. When the British took control of the islands of Bombay (present-day Mumbai) in the 17th century, they built a defense structure around and over the manor. The structure today houses the offices of the Flag Officer Commander-in-Chief of the Western Naval Command.