A Guide To Delwara: The Town Of The Gods 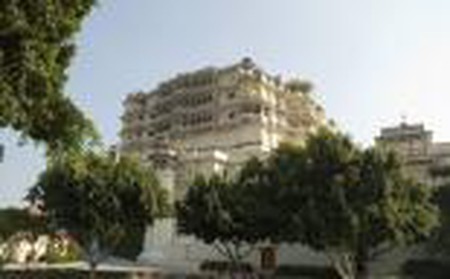 India is beautiful and exciting. Nowhere is this more evident than in Rajasthan’s Delwara, known as the “town of the gods” due to the high density of temples it contains. 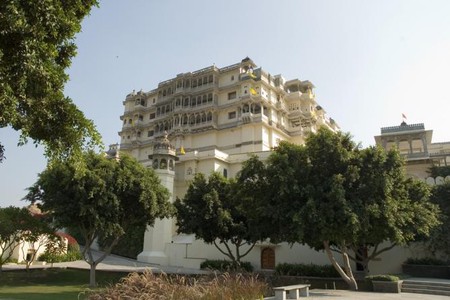 Udaipur, Rajasthan is one of the places in India which attracts a lot of tourists as well as historians. It is known as the “city of lakes” and is a place where one of the most vital battles in Indian history was fought — the battle of Haldighati in 1576 between Mughal Emperor Akbar and Maharan Rana Pratap Singh I. Situated 28 kilometres outside of Udaipur on the way to Nathdwara is another gem, the “town of gods” — Delwara. 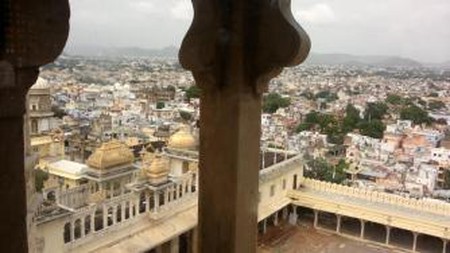 The kingdom of Mewar was originally divided into 16 rajwadas or districts, of which Delwara was one. Along with Badi Sadri and Gogunda, Delwara was ruled by the Jhala Rajputs. The rulers at the time of the construction of the famous Jain temple were Maharana (Great King) Mokal, who was followed by Maharana Lakha and then Maharana Kumbha. Delwara, Nagdha and Aayad were the centres of learning and culture during the fifteen century. Delwara was a large town and spread from Gandharva sagar pond to Nagda. Today only 25 per cent of the original town has remained.

Jason Silberstein, who volunteers for Non-Governmental organization Seva Mandir, organises Delwara Heritage and Community Walks throughout the summer. According to him Delwara heritage is important because the sites not only talk about physical history or social inheritance but are the sites of social change. The heritage walks have been organised to promote conservation and awareness about the rich history and legacy of Delwara.

Jason has trained six local Delwara boys in English who have spent hundreds of hours researching and training for about a year and will be guides in the heritage walk. Each walk offers a window into small-town India and explores the past decade of transformative development and social changes brought about by the people of Delwara and Seva Mandir. Each walk is distinguished by the guide’s own stories, opinions and relationships. 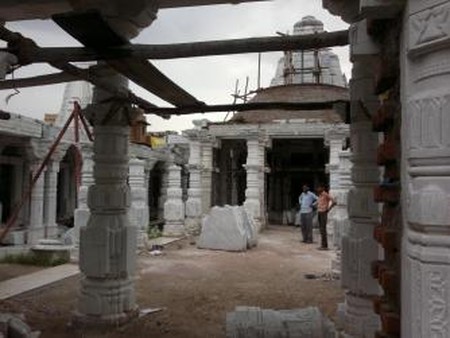 Palera Talab: A large lake standing at the entrance to Delwara, it was built around 1875 AD by Queen Sajjan Kumari in the memory of her late husband, the Jhala prince Mansinghji, who died at a very young age. Two chhatris (small domed panilions) ornament the lake, adding to its charm. The name Palera Talab is derived from the Sanskrit ‘palankarta’ which means ‘protector’— an appropriate name given that the lake is the town’s main source of water.

Trimukhi Bawri: This ancient stepwell, named for its triple entrance, was built by the Shrimali Brahmins for rites and rituals associated with the mandir of Hanumanji. 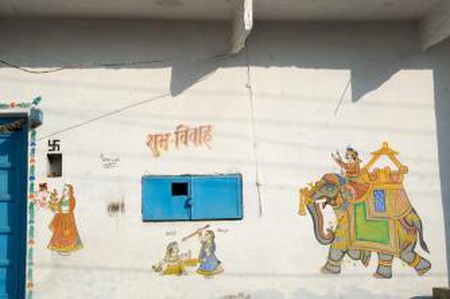 Parshvanathji Bhagvan Temple: This 900 year-old Jain temple belongs to the Shwetambar Murtipoojak sect of Jains and is dedicated to Bhagvan Parshwanath, the 23rd ‘teerthankara’. Recently the Jain community has initiated a large scale project to restore the temple. During the excavation work a number of idols, reputedly of great antiquity and worth, have been retrieved from the site of this temple.

Lodha Mohalla: Delwara’s havelis are built in the typical Rajasthani style of architecture and are examples of the work of the region. Horse-shaped toda (pylons), above door-entrances and triple gokhlas (niches) are notable features of the havelis of Lodha Mohalla.

Indra Kund: Indra Kund was built by the Raj Rana Bairisalji. It was consecrated in Vikram Samvat 1913 (AD 1856), on Maha sud 13, or the 13th day of the bright fortnight of the lunar month of Maha (corresponding to February-March). The ‘kund’ has marvellous examples of stone carving and is about 15 metres deep.

Devigarh Fort: Nestled in the Aravali hills, the 18th century DeviGarh Palace in the village of Delwara, forms one of the three main passes into the valley of Udaipur. Due to its strategic importance, the principality of Delwara was awarded to Sajja Singh, who hailed from Gujarat, for displaying his bravery and loyalty to Maharan Pratap of Mewar against the Mughal Emperor Akbar in the battle of Haldighati (1576). Subsequent rulers made many additions to the building, which was abandoned in the 1960s after the principality was merged into the state of Rajasthan. This all suite luxury hotel comprising of 39 suites takes on the look of modern India, with an emphasis on design and detail, using local marbles and semi-precious stones.