A Clash Of Civilizations: The Ibis Trilogy By Amitav Ghosh 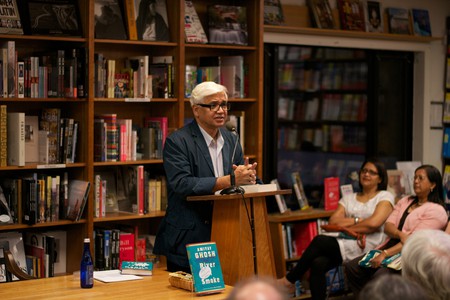 Amitav Ghosh’s Ibis Trilogy, which consists of Sea of Poppies (2008), River of Smoke (2011) and Flood of Fire (2015), is a work of historical fiction which brings to life the seafaring world of Asia during the time of the Opium Wars. Beryl Belsky shares her thoughts on this expansive set of novels, which take readers from Ghosh’s native India, to Hong Kong, China and beyond. 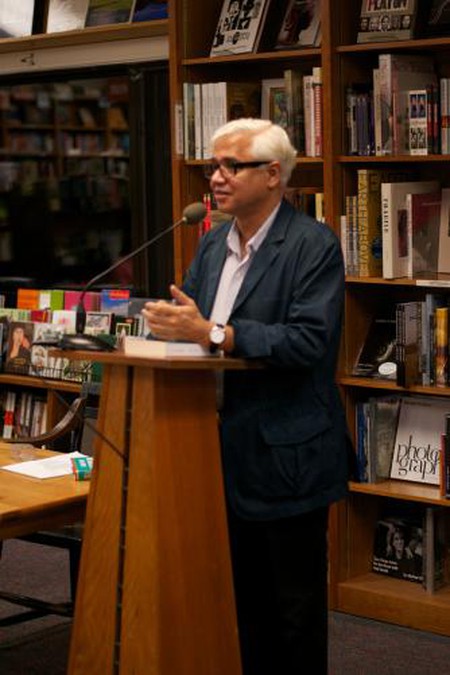 It was with some trepidation that I approached the task of ‘penning’ this review, for Amitav Ghosh’s books are formidable both to reader and writer. He is demanding of our intelligence and understanding and makes no concessions to the ‘average’ reader by providing lists of characters, glossaries of terms (although he does provide a ‘Chrestomathy,’ on which I expand a little below), or translations of native dialogue and the Pidgin English so liberally sprinkled throughout the books in this series.

Amitav Ghosh is an international prize winning, academically acclaimed author, who is equally comfortable writing about countries such as Burma (the historical fiction novel The Glass Palace) and Egypt, where he did field work in anthropology (In an Antique Land: History in the Guise of a Traveler’s Tale) as he is about his home country India.

It should be stated at the outset that the Ibis Trilogy is a work of historical fiction consisting at present of only two books, Sea of Poppies (2008) and River of Smoke (2011), and that for reasons I won’t go into I actually read them in reverse order (although Ghosh himself has stated that he intended them to be read independently). This being said, I’d advise readers to start from the first book, Sea of Poppies, in order to get to know the characters before they continue their lives in the second book.

Against the background of the flourishing opium trade between British India and China − the overarching theme − the series tells the tale of an assortment of people, mainly from Hindustan, but also from other parts of the world, in the years 1838-39. In the first book, we become acquainted with the various characters who will eventually board the schooner Ibis on its journey from Calcutta to Mauritius. We meet Deeti and other Bihari peasants who have been impoverished by greedy landlords and the East India Company that run the opium trade and are forced to indenture themselves as coolies destined to work on plantations in Mauritius. Sailing with them are two convicts, a former Muslim Bengali raja and zamindar (landowner in British colonial India), Neel, and a half Parsi Chinese boatman, Ah Fatt. Then there is Paulette, the orphaned daughter of a French botanist; Zachary Reid, a mulatto American, who rises to officer status on the Ibis, and the captain and crew of lascars, or sailors, among many others. The story reaches its apex when the ship hits a storm and a mutiny breaks out, resulting in the escape of several of the characters. 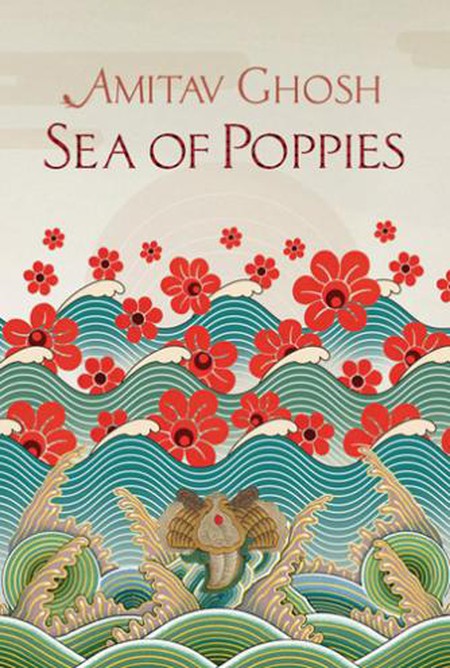 In River of Smoke, we learn that two more ships have also been affected by the storm: the Anahita, which is carrying a precious cargo of opium to China, accompanied by the Parsi trader Bahram Modi, and the Reduth, which is on a botanical expedition, with Fitcher Penrose, a Cornish botanist onboard. Much of the action in River of Smoke takes place in Canton, where a community of foreigners dwells for part of the year in Fanqui town, the area assigned to them in order to be able to monitor them and keep them separate from the natives. During this period (1838-39), tensions between the Chinese and the foreigners – the British, in particular − rise to a zenith over the opium trade and the book closes just before the outbreak of the First Opium War.

My first observation about the series pertains to the depth and meticulousness of Ghosh’s research. However, while depth and meticulousness are one thing, the ability to animate a historical period is another. Ghosh has succeeded so well in this that we feel that we are actually laboring in the poppy fields of the hinterland of Hindustan or in the opium processing factories there, being tossed around with the coolies in the bowels of the Ibis, and wandering among the narrow alleyways of colorful, noisy Canton. In the latter, we are appalled by the arrogance and racism of the British and admire the culture and craftiness of the Chinese. The arguments of the British to justify their continuation of the opium trade are brilliantly expressed and are no doubt true to the documentation which Ghosh so painstakingly studied. 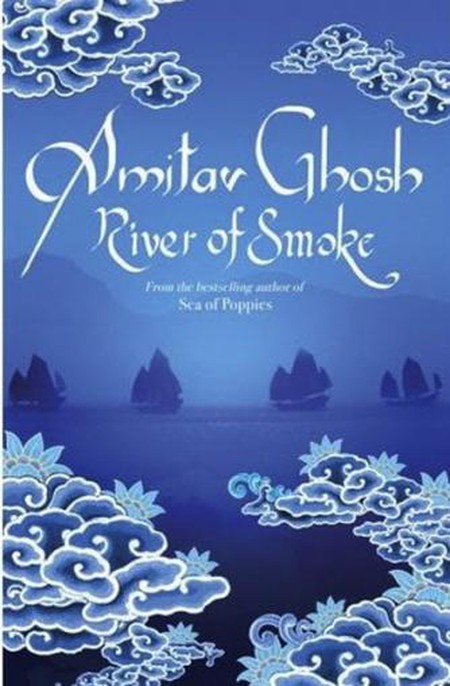 In River of Smoke, we meet a new character, Robin, an artist who is sojourning in Canton. Robin has a childhood connection to Paulette who, after being found in Mauritius by the botanist Fitcher, travels with him to China aboard the Reduth, but is forced to remain in Hong Kong, because foreign women are forbidden from entering Canton. Robin’s letters to Paulette are a clever literary device, utilized to provide us, indirectly, with a minute description of events, scenes, and characters in the city.

Both books are a Tower of Babel. We may not always understand the dialogues spoken in many tongues and even the Pidgin English in full, but if we apply ourselves we can get the gist of them. The fact that Ghosh has taken the trouble to include them attests to his own brilliant scholarship.

At the end of Sea of Poppies as well as online we can find Neel’s Chrestomathy, a sort of anthology of words and phrases of various East Asian and Middle East origins that were absorbed, at least for a time, into English. It turns out that the fictionalized − or partly fictionalized − character of Neel, the former zamindar transported as a convict on the Ibis, was actually an ancestor of Ghosh, and the author was handed the mantle of collating Neel’s work.

Both books are challenging, informative and fascinating. However, in my humble opinion, River of Smoke is the masterpiece of the two, perhaps because of the various settings in the books, it is in Canton, where we experience so vividly the sights, sounds, colors and smells of this vibrant city, that we can sense the atmosphere of an impending clash of civilizations.