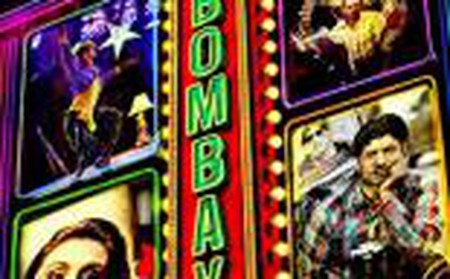 The film industry of India is one of the largest in the world, producing over 1200 films annually. A unique phenomenon, the success of Bollywood stands out above all other national cinemas. With 2013 representing the centenarian anniversary of Indian film, a range of events are taking place around the world, including the release of the Cannes Film Festival hit, Bombay Talkies.

The Indian film industry stands above most other national cinemas due to its local focus yet enormous size. Although gaining more and more international popularity, the main audience for this cinematic titan resides within India, and while this may seem a restrictive quality, the fact that India is the second most populated country in the world, combined with the local focus of Indian cinemas (in 2012 foreign imports only filled 9% of the total film box office), Indian cinema has grown to become one of the largest film industries in the world. Although the film industry is widely known as ‘Bollywood’, this term actually only refers to the Hindi-language films produced through the studios in Mumbai (Bombay), only one part of the incredible spectrum of Indian films, albeit the largest.

The origins of cinema can be traced back to the French Lumière Brothers. Unveiling their first short films in 1895, these revolutionary filmmakers tempted the world with a new form of entertainment. In 1896, the brothers toured their works to India for the first time, hosting a screening in Mumbai Watson Hotel. Reported as the ‘Miracle of the Century’ by The Times of India, it was not long until converted film fanatics started to emerge in the then British governed India. Through experimenting with techniques and technologies, early filmmaker Hiralal Sen made the first Indian short film in 1898. 1912 then saw the first screened Indian silent film, Shree Pundalik, directed by Dadasaheb Torne. Outside help was used however, with the film shot by British cinematographers and the negatives sent to London to be processed. It was the next year, 1913, which saw the first truly authentic Indian film being screened: Dadasaheb Phalke’s Raja Harishchandra, and thus Indian cinema was born.

Since these early beginnings India’s film industry has continued to flourish, growing in popularity, size and reach. There are many factors for this ongoing growth, one of them being the affordability of cinema in the country. From the early days onwards, India cinema venues have made films accessible to the wider public, providing cheap admission, with convenient extras being sold as buyable additions, not inbuilt in the price. With the vast economic gap that is found in India, this factor has allowed film to become an art form for the people, not just for the upper class.

Interestingly, in the late 1920s the British government tried to promote UK film in India in an attempt to overtake the growing American cinema, and created the Indian Cinematograph Enquiry Committee. This programme failed with this aim however, with the committee favouring Indian produced films; it seemed that nothing could stop the growth of this national movement. With technology advancements, sound and dialogue became more and more implemented in Indian films throughout the 1930s, leading to a surge of song and dance in films, such as in Indrasabha and Devi Devyani. This element would take a strong hold in Hindi cinema, and is a renowned quality found in many Bollywood films being made today.

Another influential factor in Bollywood’s growth was India’s independence in 1947. Proud in becoming an autonomous country, national cinema experienced a Golden Era from the 1940s to the 1960s. This era saw directors such as Satyajit Ray, Guru Dutt, Raj Kapoor and Vijay Bhatt create a wide range of classic films, further establishing and redefining Indian film. It was these influential filmmakers who paved the pathway for the future of Bollywood, and its present day position as one of the largest film industries in the world.

In conjunction with the centenarian anniversary of Indian film, events are taking place around the world in celebration. These events include everything from screenings of the classics, film festivals and award ceremonies happening in nearly every continent. In align with these commemorations, the film Bombay Talkies was unveiled at the 2013 Cannes Film Festival to critical acclaim. Celebrating the 100 years of history, this film brought together the work of four of the best contemporary Indian directors: Karan Johar, Anurag Kashyap, Zoya Akhtar and Dibakar Banerjee. Cast with esteemed names such as Amitabh Bachchan, Aamir Khan, Rani Mukherji and Katrina Kaif, the four movies that make this anthology film represent less of a homage to the history of Indian cinema, but instead highlight the diversity and quality of the films that make up this national genre. With each short film standing as a perfect introduction to Indian cinema, the films are eclectic in style, exuding the multifaceted qualities of Bollywood, from the renowned musical and dance scenes to soul touching and realistic storylines, and subtle layers of social commentary. Bombay Talkies is a fantastic celebration of the diversity and high quality of Bollywood, and acts as an excellent watch for both die-hard fans and newcomers to this cinema giant.