A Brief History Of The Humble Indian Pickle 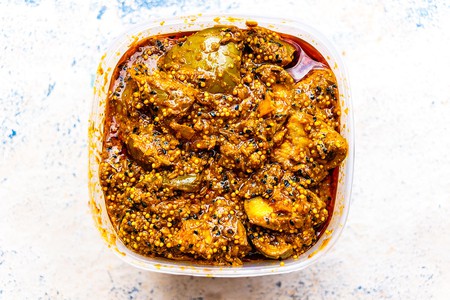 From selecting the right raw materials to carefully preparing the ingredients, from assembling the pickles to adding spices and then waiting for the pickle to be finally ready – a lasting memory of childhood vacations is that of helping our grandmothers make āchār. Those big ceramic jars filled to the brim with fresh pickles sitting under the sun on terraces evoke memories of carefree holidays. No meal is complete without a spoonful of the sweet, sour, spicy and mouthwatering Indian pickle. Here’s a look at its history. 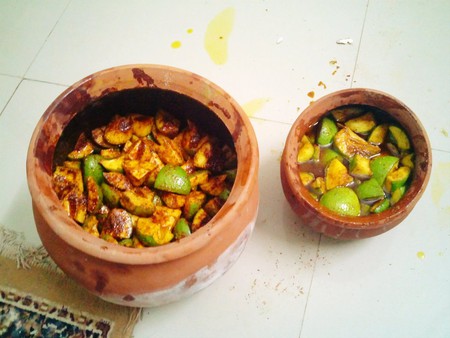 Known by various names across the country – Uppinakaayi in Kannada, Pachadi in Telgu, Urukai in Tamil, Uppillittuthu in Malayalam, Loncha in Marathi, Athanu in Gujarati and Āchār in Hindi – pickle making, as a tradition, goes back thousands of years. According to the New York Food Museums’ Pickle History timeline, cucumbers that are native to India were first pickled in BCE 2030 in the Tigris Valley. 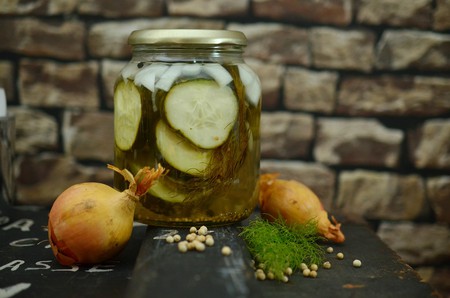 The word ‘pickle’ itself comes from the Dutch word pekel, meaning brine. But what about āchār; where did that come from? Although the origin of the word is ambiguous, the word āchār is widely considered to be of Persian origin. Āchār in Persian is defined as ‘powdered or salted meats, pickles, or fruits, preserved in salt, vinegar, honey, or syrup.’ 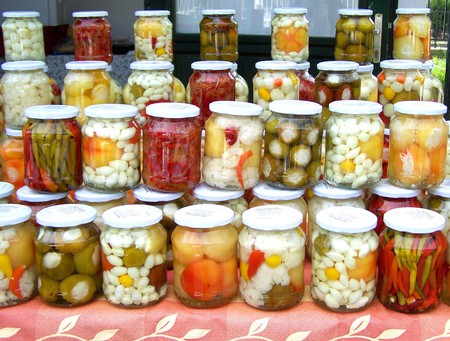 According to Hobson-Jobson: The Definitive Glossary of British India, the word ‘āchār’ finds a mention in CE 1563, in works by Garcia da Orta, a Portuguese physician, describing a conserve of cashew with salt which he refers to as ‘and this they call Āchār.’ 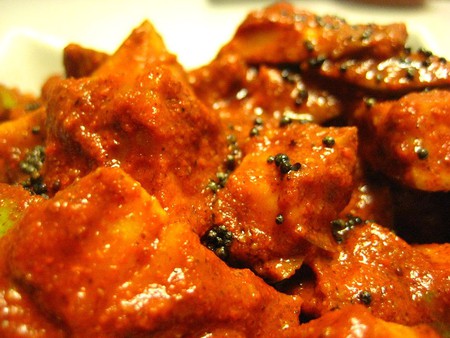 In his book A Historical Dictionary of Indian Food, the late food historian KT Achaya notes that pickles fall into the category of ‘cooking without fire’; however, many pickles today do use heating or fire to some extent during preparation. Pickles in India have a rich legacy, which is clear when the historian further adds that a ‘Kannada work of CE 1594, the Lingapurana of Gurulinga Desika describes no less than fifty kinds of pickles’! Another later mention is found in the 17th-century Śivatattvaratnākara, an encyclopedia of ancient Indian lore of Basavarāja, King of Keladi.

Pickles in India are of three basic types: those preserved in vinegar; those preserved in salt; and those preserved in oil. In India, oil is a popular medium used for pickling. The process of pickling is one of the best ways to preserve a food item. Once preserved, the pickled food will not need refrigeration, and so it travels well, making it ideal for long-distance journeys.

Mango pickles are by far the most popular Indian pickles, and there are hundreds of types of mango pickles in India. It is said that almost anything can be pickled – from vegetables, fruits, berries and gourds to leaves, shoots and roots, and even chicken, prawn, and fish. In fact, Usha R Prabakaran, a Chennai-based lawyer, has compiled over 1,000 recipes in her book Usha’s Pickle Digest.

Here’s a fun fact: Did you know that there is an annual celebration of the pickle in New York City? The Annual Pickle Day Celebration, an autumn event, started in the year 2001.