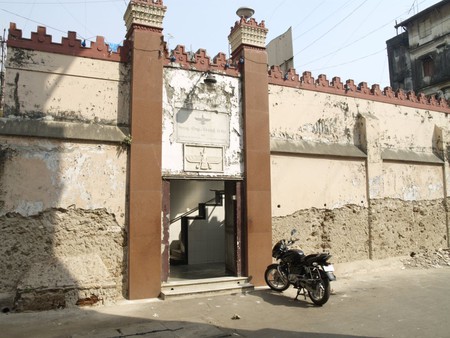 Located deep within Mumbai’s historic Fort neighborhood, the Seth Banaji Limji Agiary is Mumbai’s oldest surviving Zoroastrian fire temple. As one of the primary institutions of the city’s historic Parsi community, the grand structure, with high walls much like that of a fortress, was Mumbai’s second fire temple at the time of its construction.

Established in 1709 by Seth Banaji Limji, a successful Parsi businessman who is said to have come to Mumbai bearing the temple’s sacred fire from Kolkata, only the temple’s high external walls are accessible to non-Parsis. Yet its grand façade is an architectural marvel that alone will fascinate any history or art enthusiast. The temple is said to have undergone much damage in 1803 when a fire broke out in Fort. However, the structure was rebuilt by 1845, with contributions from the city’s Parsi community.

Also known as Dar-e Mehr or Agiary, Zoroastrian fire temples are built around the fire housed within their structures. The temples are home to one of three different grades of fire, according to which they are categorized—with Atash Dadgah being the lowest grade of fire and Atash Adaran and Atash Behram following it. The Banaji Limji Agiary houses Atash Adaran, the second grade of fire.

As the holder of the highest number of Parsi temples in the world, Mumbai is uniquely responsible for preserving and protecting a dwindling culture. The city is home to about 50 fire temples, and the oldest of these are almost all located in Fort, which is not surprising considering that the area was home to the bulk of the city’s Parsi population.

The Manekji Sett Agiary, the second oldest Zoroastrian temple to still exist in Mumbai, is also located in Fort. Established in 1733 by Seth Manekji Nowroji Sett, the son of a wealthy Parsi trader, the temple is known for its striking architecture and its external façade featuring lamassu (protective deities depicted as hybrid figures including a human head, a body of an ox or a lion, and wings of a bird). 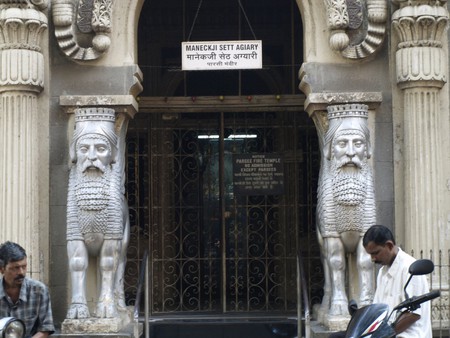