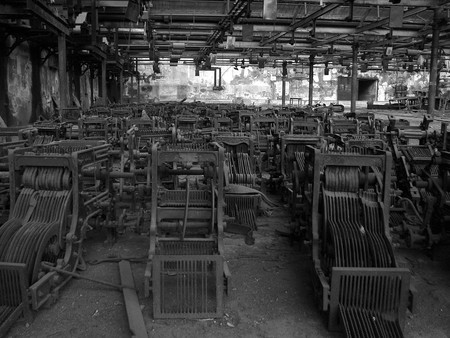 The story of how Mumbai became India’s financial capital has deep roots in the city’s rich industrial history. Mumbai was once an industrial hub and what made it so was a boom in its textile industry in the mid 19th century. The textile industry was one of the country’s first modern industries and a catalyst for growth in many parts of the country.

Mumbai is said to have had about 130 mills, which were very central to its economy by the 20th century. The remnants of these mills – some of them redeveloped into new buildings, some of them in ruins and covered with moss – are the only remaining traces of its mill culture and history.

These 100 or so cotton mills came and went in the span of just a little more than a century, with Cowasji Nanabhai Davar setting up its first mill, called the Bombay Spinning Mill, in 1854.

The Great Bombay textile strike took place in 1982, following the shutdown of most of the city’s mills. While the reasons for decline of the mills are many, from the emergence of new and more profitable industries to a series of protests by workers demanding better wages, mill culture was wiped out of the city by the end of the 20th century. Over the past three decades, a majority of these mill lands have been acquired and redeveloped. 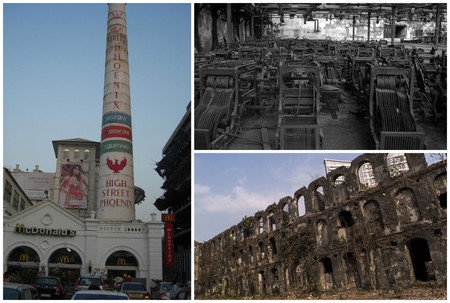 The revamped buildings are just as relevant to the city today in their new avatars as they were to yesteryear’s Bombay. Lower Parel’s High Street Phoenix is known as one of the country’s largest shopping malls and one of the city’s favorite shopping experiences. With a gross floor area of about 365,000 square feet, the surrounding compound also hosts a five-star hotel, a multiplex, commercial space, and a residential tower. But Phoenix’s history dates back to 1905 when the Phoenix Mills were set up to manufacture cotton textiles in Mumbai.

Similarly, the plush Kamala City business park in Lower Parel used to be the Kamala Mills, a name still used to refer to the compounds. India’s tallest residential building, the Palais Royale in Worli, is built on the remnants of the Shree Ram Mills.

Not all of Mumbai’s mills have been given the opportunity to remain pertinent to the city’s contemporary landscape. While the dilapidated Mukesh Mills in Colaba occasionally gets some press for allegedly being haunted, the India United Mills in Byculla and several others remain ignored and tucked into remote belts of the city.