A Brief History of Mehtab Bagh in Agra, India 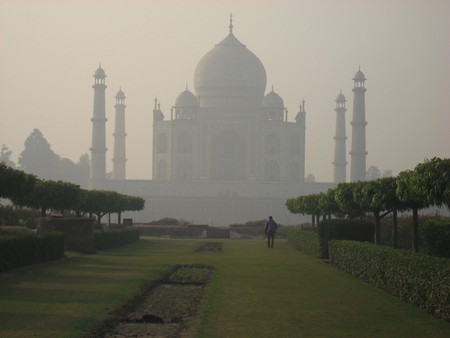 The last of 11 Mughal-built gardens along the Yamuna River, the crescent-shaped Mehtab Bagh was initially designed as the ultimate viewing place of the Taj Mahal. Few travelers and tourists know this, but you can see – and take the perfect photo of – the marble mausoleum from nearly every point and corner of the garden complex. The history of the Mehtab Bagh is rarely told by tour guides and locals of Agra, but it does have a story many would love to hear. 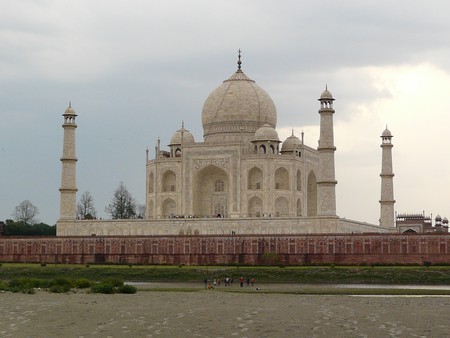 Mehtab Bagh (Moonlight Garden) was built by Emperor Babur in the early 1500s and the width of the gardens perfectly aligns with those of the Taj Mahal. It was then famously known as the “moonlit pleasure garden” when Emperor Shah Jahan identified it as the ideal site from which to admire the mausoleum.

When it was originally designed, the charbagh complex – a Persian-style layout with four parts – was divided by beautiful white walkways, large water fountains with reflecting pools, and airy pavilions filled with colorful fruit trees. Unfortunately, in the early 1900s, frequent flooding and misuse of the facilities destroyed the charming features and soon it turned into nothing but an enormous mound of sand.

In 1994, the Archaeological Survey of India (ASI) surveyed the forgotten garden and discovered the story about Emperor Shah Jahan wanting to build a black-marble replica of the Taj Mahal on said ground as his final resting place was a myth. Instead, what they found buried beneath all the sand was the charbagh complex that seemed to be an important part of the iconic ivory-white monument across the river. 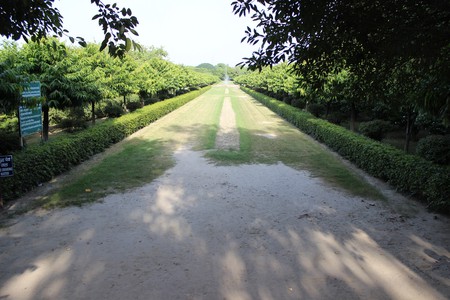 Today, Mehtab Bagh is being restored to its original form. The ASI is striving to replicate styles from the Mughal era by planting hibiscus, citrus fruit, and guava trees, in hopes the brightly colored flowers will shine in the moonlight – and finally live up to its long-forgotten name.