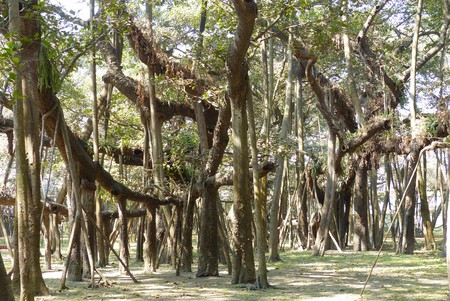 The historic Acharya Jagadish Chandra Bose Indian Botanic Garden just outside Kolkata is home to the widest tree in the world – the 250-year-old Great Banyan Tree. This gigantic tree, with a circumference of approximately 330 metres and a spread of more than four acres, is as large as many forests.

There is no official record of when the Great Banyan first came to life but it is estimated to be more than 250 years old. The earliest references to the tree can be found in travel writing from the 19th century. Having survived two major cyclones in 1864 and 1867, the Great Banyan’s 51 foot-wide main trunk got infected with a fungus and had to be removed in 1925. But the tree continued to thrive – and expand – without a main trunk, thanks to the thousands of aerial roots growing out of its branches and into the ground, creating what looks like a ‘forest’ of banyans. 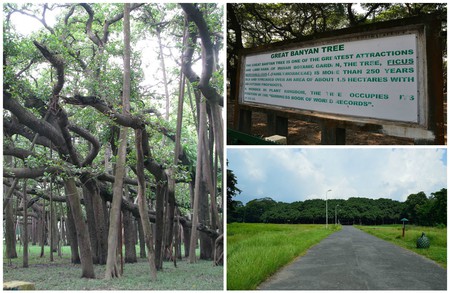 While the Great Banyan has been an object of fascination for more than two centuries, its home – the Acharya Jagadish Chandra Bose Indian Botanic Garden – boasts a history that’s just as intriguing. Founded in 1787, it was set up primarily as a centre in which to identify plants with potential commercial value. The Garden’s 19th century staff are credited with having introduced Chinese tea plants in India, laying the foundations of the country’s modern tea trade.