A Brief History of Kalighat Paintings in Kolkata, India 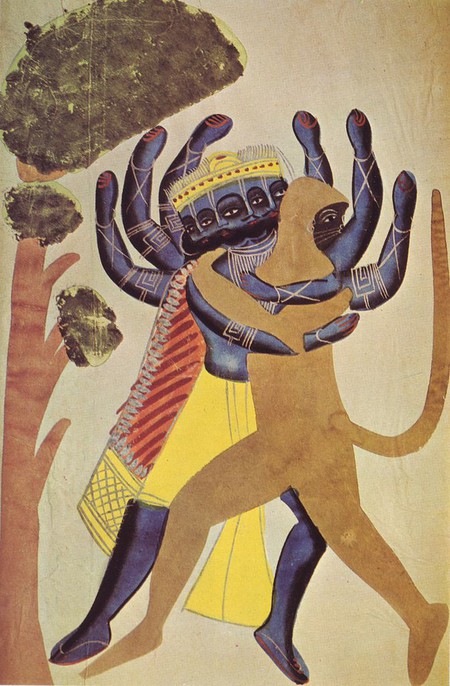 Hanuman fighting with the demon Ravana (1880) | Will / WikiCommons

Kolkata, as India’s unofficial cultural capital, has pioneered several movements and trends in literature, theater, and the visual arts over the past several centuries. Kalighat painting, a school of art founded in the city during the 19th century, is among those rich legacies the country continues to bask in today.

Painted mostly on mill-made paper with flowing brushwork and bold dyes (often homemade), Kalighat paintings are said to have originated in the vicinity of the iconic Kalighat Kali Temple in Kolkata. At this time, the works were sold to visitors who sought souvenirs to take with them from the religious sanctuary. The art almost always depicted Hindu gods and mythological characters, or incidents, themes, and characters from everyday life. 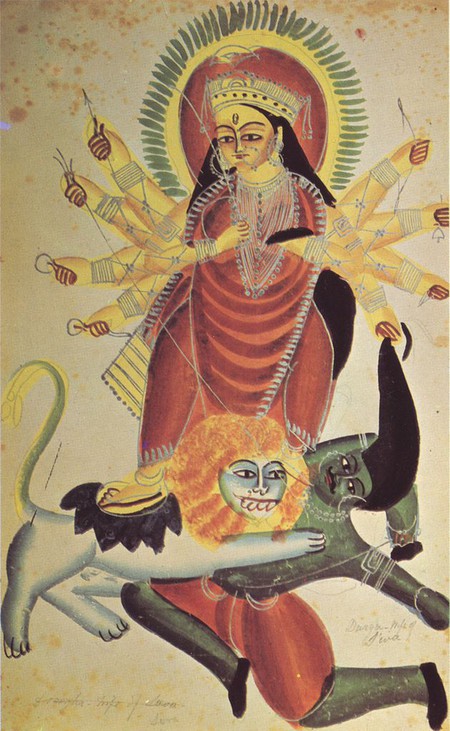 In what was dubbed the “Oriental school” of Kalighat painting, predominant themes shone a spotlight on religious figures and scenes from sacred texts, from goddesses Durga and Lakshmi, to the characters of Rama and Sita in the ancient epic poem of Ramayana.

Hanuman fighting with the demon Ravana (1880) | Will / WikiCommons

The alternate discipline of Kalighat painting, known as the “Occidental school,” included pieces that depicted ordinary people engaging in everyday life or captured the changes taking place in Kolkata at the time. The artworks commented on social evils such as crime, or expressed support for the Indian independence movement through illustrations of the likes of Tipu Sultan or Rani Lakshmibai – both revered for having fought the British. 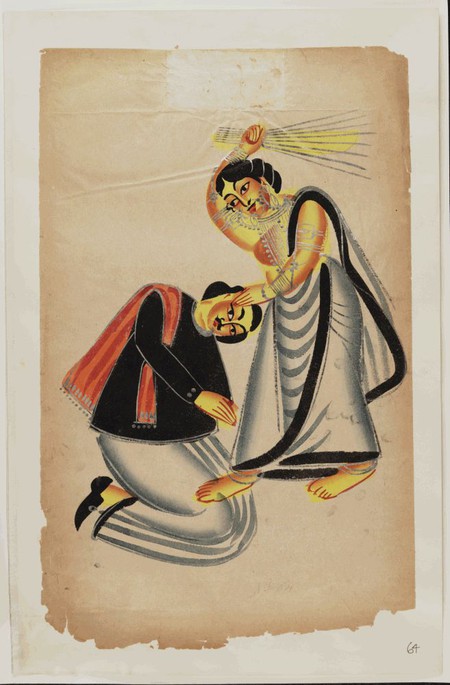 Kalighat paintings were often a joint effort by a group of artists – usually from the same family. So while some members ground ingredients to create homemade dyes, others drew outlines of the figures, filled in the hues, or added the final touches in the form of motifs and background designs. These were then typically brought to be sold in the city.

This type of painting continues to influence and charm artists and art lovers in contemporary India. The late artist Jamini Roy is among some of the most acclaimed painters who have been influenced by the distinctive style. Today, Kalighat paintings appear in museums and galleries across the globe, from the Victoria Memorial Hall in Kolkata to the Naprstek Museum in Prague.