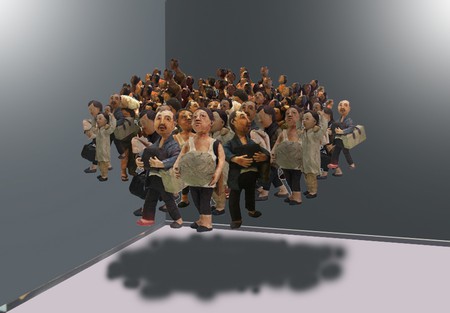 The India Art Fair, one of the most prestigious art shows in the country, takes place in New Delhi every year. It’s the go-to place for tracking the fast developing art scene, not just in India, but in the entire South Asian region. This year, the Art Fair took place between February 9 and 12 and these are some of the best works that were on display.

Sudipta Das is a fourth-generation Bangladeshi migrant in India and in her installation, A Soaring to Nowhere, she reflects upon the displacement of refugees though figures which are suspended in the air. These dangling shapes also represent the unending voyages of those who are cast out of their native lands. 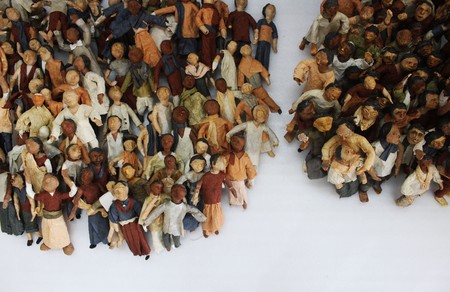 In these series of paintings by Pakistani artist, Imran Qureshi, the colour red mimics blood depicting the troubled state of his home country. But the finely drawn petals, inspired by his training in the traditional medium of miniature painting, are evocative of a garden. Qureshi likes to call the flowers ‘germs of hope’ who stand firm even in the face of turbulence. 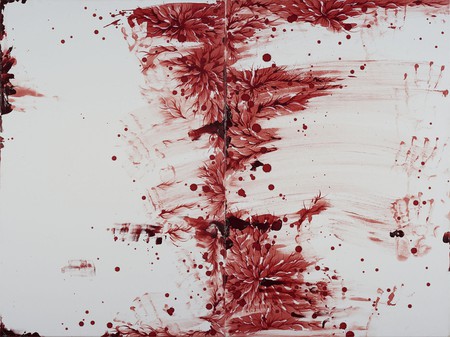 In his experimental work, Nandan Ghiya raises the question of identity in a fast globalizing world where the onslaught of technology is inevitable. Using vintage photographs as a base, he carefully distorts them by removing the faces and pixelating them. The artist says that his work represents a period of dystopian transition where glitches often take place and the future is uncertain. 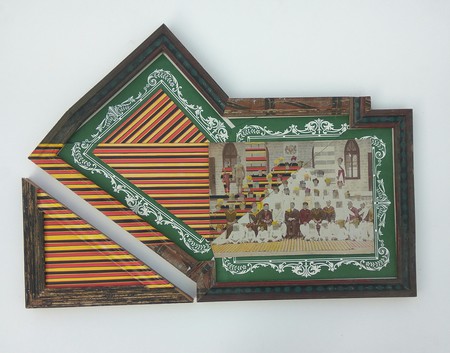 This ceramic sculpture is from Madhvi Subrahmanian’s installation series titled Mappa Mundi. The sculptures are her version of the medieval European maps also called Mappa Mundi. The circular sculptures marked with lines mimic the routes shown on Google Maps as the artist explores the disconnectedness of the urban environment with nature. It’s as if we only look for landmarks and signs while people are nudged into the background. 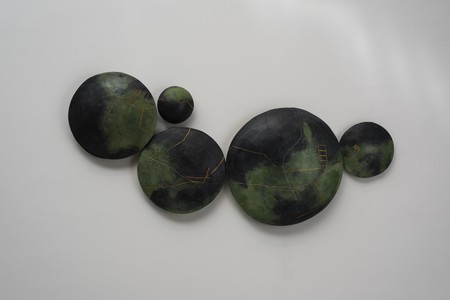 The encroachment on the ecosphere caused by human civilization is a theme that constantly appears in Jayashree Chakravarty’s works. The unrestrained destruction of nature resulting from incessant human avarice is portrayed by Chakravarty in fluid images, which almost look like sketches done by ancient cave painters. 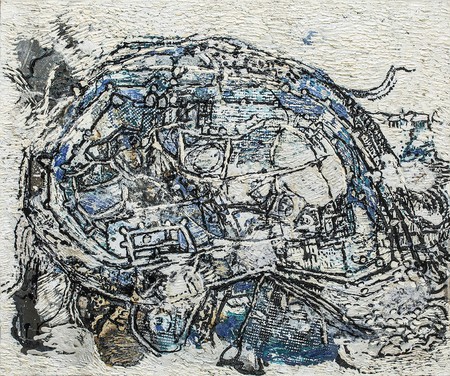 This installation by Hema Upadhyay, who passed away in 2015, invites the viewer into an interior space measuring eight by 12 feet, which is the size of an average house in the Dharavi slum area in Mumbai. The three adjoining walls and ceiling present an aerial view of the slum, with models of tin houses created from aluminum sheets, car scraps, enamel paint, tarpaulins, pieces of metal and found objects. 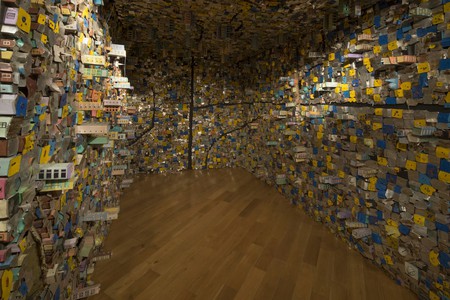 Jeong Deokhyeon’s work was exhibited at the Indian Art Fair in 2018 as part of the Korean Cultural Centre India’s showcase of a young generation of artists from South Korea. His work represents our degenerate society and stifling human relationships through everyday objects like nails, books, sewing machines, ladders and more. 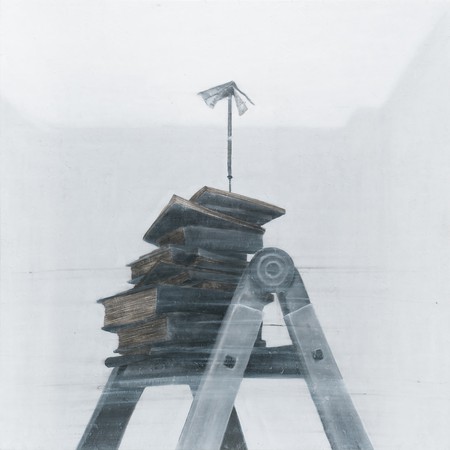 This performative audio-visual installation by Zoya Siddiqui tries to understand the dissonance between space, time and the physical body. Titled Loop, the installation shows a recorded performance that plays nonstop trying to distinguish space and time inhabited by the viewer from the performing body. 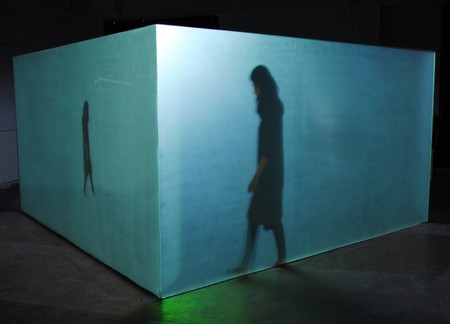 For this work, titled 1000 Attempts at a Reconciliation, Timothy Hyunsoo Lee transfers 1000 sheets of 24 karat gold leaves onto a painted blue surface. Lee’s inspiration was the folklore of the 1000 cranes popular in Korea, China and Japan, which states that folding 1000 paper cranes will allow an individual to realize one wish. 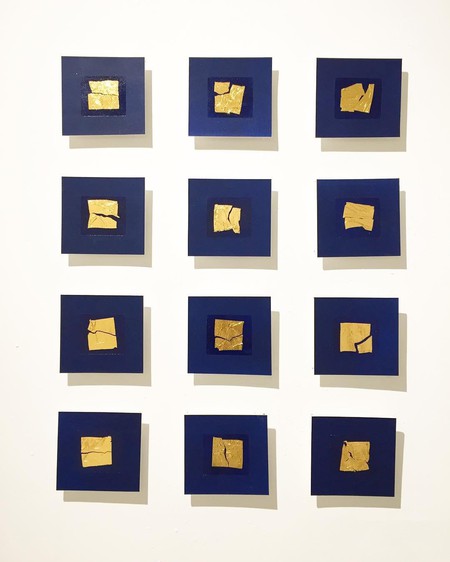