8 Places Of Worship In Matunga: Temples And Beyond

Matunga is a quaint little residential locality in the heart of Mumbai. Formerly, it was an area populated predominantly by South Indians, which is why it’s still known for the iconic restaurants serving delicious idli and dosa. Over a period of time, the landscape and demographic changed; however, the exemplary places of worship did not. Here, The Culture Trip takes a look at some of the most significant and historic shrines in this locality.

The oldest South Indian temple in Matunga, the Sree Ram Mandir is nestled in the midst of the busy shopping area, by a famous flower market. But step inside the temple and you will be enchanted by the peaceful yet vibrant atmosphere. This temple has come a long way from being just a portrait of Lord Sree Ramachandra, which was adorned in 1923. In successive decades, stone idols of Lord Ram, Sitadevi, Lakshman, Hanuman, etc., were installed and eventually encased in gold. Daily rituals here are strictly based on the scriptures. The most significant festivals celebrated are Ram Navami (in honor of Lord Ram) and Skanda Sashti (in honor of Kartikeya). The mandir is more popular with Keralites; however, it welcomes anyone and everyone who would want to pay their respect to Lord Ram and the other deities. Special offering (optional): peacock feathers for Lord Kartikeya. 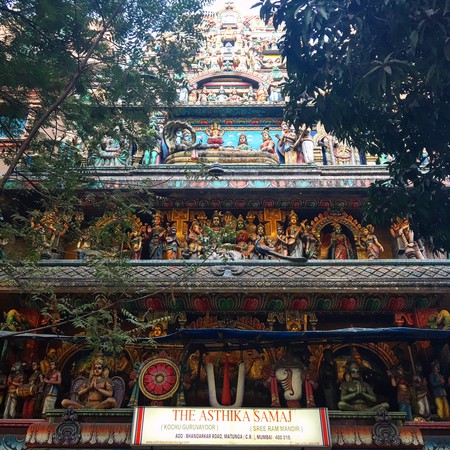 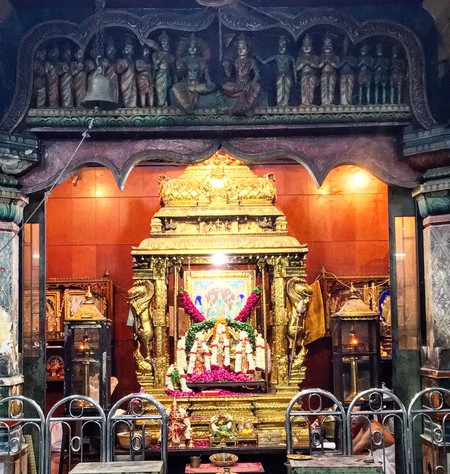 Another shrine with a glorious history is the Bhajana Samaj, which was founded in the year 1927. It started as a public gathering space to sing devotional songs (Bhajana) and transformed into a religious landmark. The most striking feature of this temple is the ‘Rajagopuram,’ which is a magnificent entrance tower with intricately carved colorful sculptures of Hindu gods and goddesses. The first embellished portrait of Lord Rama was purchased from the Tanjore district in Tamil Nadu. Chief Priest Brahmasri M.V. Ganesh Sastry has dedicated his life to the Samaj, and with hard work and devotion, he has brought it to its present-day stature. Festivals like Ram Navmi and Navaratri are celebrated on a grand scale. This temple is more popular with followers who hail from Tamil Nadu. Special offering/rituals: On special occasions, the idols are placed on a golden swing (Swarna Jhoola) and adorned with gold shields (Swarna Kavachum) by the devotees. 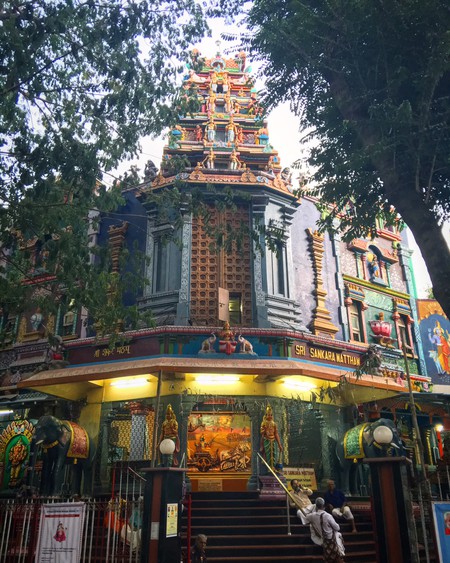 Sri Adi Sankara was a philosopher who propounded ‘Advaita Jnanam,’ which implied non-dual reality. In the year 1939, Sri Subramania Sastrigal, an ardent devotee of Sri Adi Sankara, started Veda classes, which evolved into a monumental Sankara Mattham in Matunga. The current premises were acquired in 1954, and the idols were bestowed by various Acharyas. Noteworthy characteristics of the architecture are the two elephants at the main entrance, lotuses with 36 petals and the legendary lotus with 1,008 petals representing various aspects of Hindu religion. The mattham is a work of art, with a flight of steps leading to a marvelous center hall with paintings, sculptures and idols depicting the life of Sri Adi Sankara and other great philosophers of Advaita Siddhanta. Lord Shiva is worshipped here, and the most important festivals are Maha Shivratri and Adi Sankara Jayanti. Even today this institution conducts classes and continues to be a milestone in the Vedic Heritage. 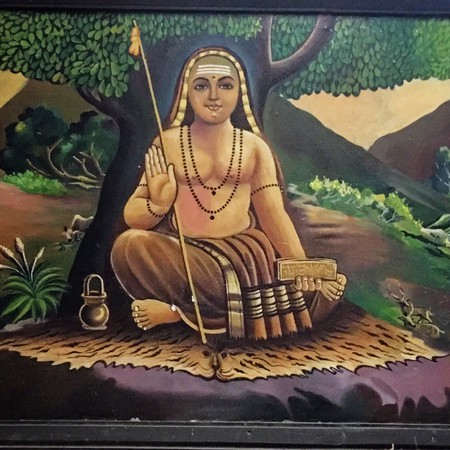 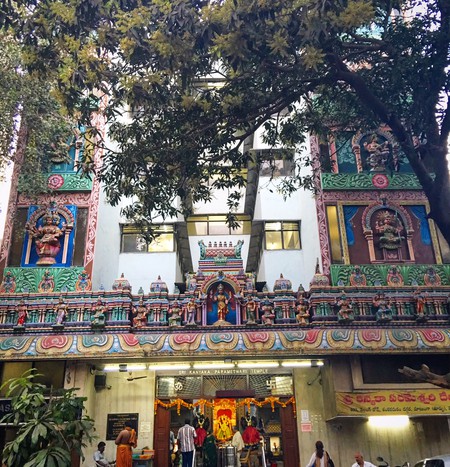 The newest addition to this list is a smaller temple dedicated to Goddess Vasavi Kanyaka Parmeshwari. Established in the year 2000, this shrine belongs to Penugonda in Andhra Pradesh. Goddess Kanyaka, a follower of Lord Shiva, is a symbol of peace and nonviolence. The temple also has idols of eight forms of goddess Lakshmi, ‘Ashtha Lakshmi,’ each presiding over different sources of wealth. Unmarried women pray to Goddess Kanyaka with the hope of being blessed with a suitable match and being married soon. The most important festival would certainly be Navarati.

Popularly known as Don Bosco church, this shrine was actually built in honor of Mary, Help of Christians (aka Madonna). The construction of this towering structure started in the year 1954 and concluded in 1957. This church is of great importance to Roman Catholics and is also visited by tourists and lovers of great architecture. The granite exterior, Italian marble interior, the majestic domes with a gold plated statue of Mary, arched doorway, and the colorful mosaics are some of the striking architectural features of the church. On the inside is a long traditional altar with stained-glass windows and mosaics on the walls narrating important episodes from the bible. In the center is an idol of Mary, along with idols of St. Joseph, Dominic Savio, Jesus and St. John Bosco on the sides. The most important days are Don Bosco’s Feast (Jan. 31st), Easter and Christmas. 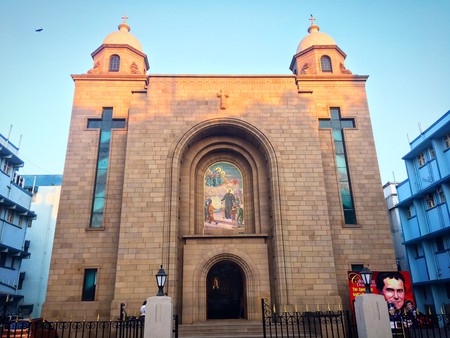 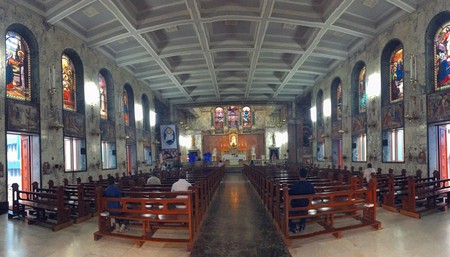 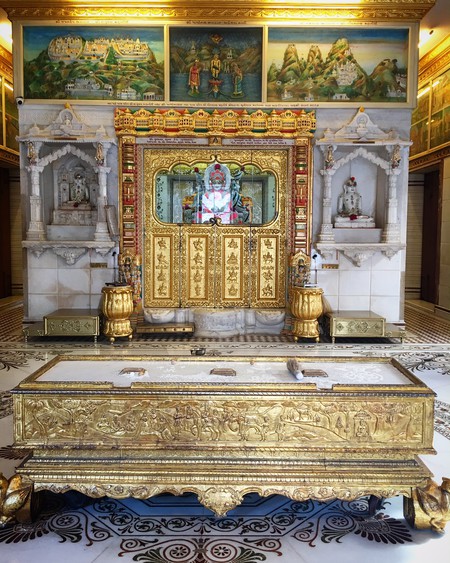 Jains form a large chunk of Matunga’s demography, so naturally, there are several Jain temples (derasars) in the vicinity. Each sub caste has its own temple dedicated to different tirthankaras. The MKMSJS is run by the Kutchi Jains who are idol worshipers (deravasi). This temple is breathtaking with carvings, sculptures, idols, pillars and complete interiors made of pure white Makrana marble. The interior of the shrine has embellished idols of Lords Parshvanatha, Mahavir and Shantinath. The walls are covered with panels depicting the various important holy places in history of Jainism and places where various preachers attained nirvana. There is a dormitory attached to the temple, which is home for the monastics. The construction of MKMSJS was completed in Feb 1949 and evolved as the devotees made various offerings and allocated funds for the beautification. Striking features of the interiors include the gold and silver casing of the idols and the marble inlay work on the flooring. The biggest festivals celebrated here are Mahavir jayanti and Paryushana. 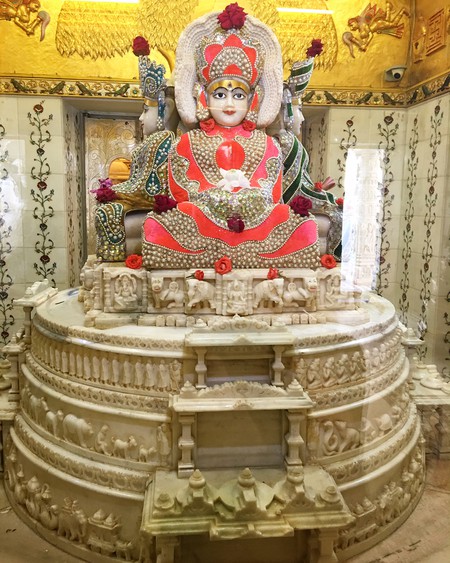 This temple is just 300 meters away from MKMSJS and is another place frequented by ‘Deravasis,’ but this one is dedicated to Vasupujya Swami who was the 12th tirthankara of Jainism. The construction dates back to June 1955. The most striking feature of this shrine is the magnificent dome in the center with intricate mirror work, gold and silver paneling and inlay marble flooring. The dome has depictions of various gods and goddesses, holy places, important events of Jain history, etc. 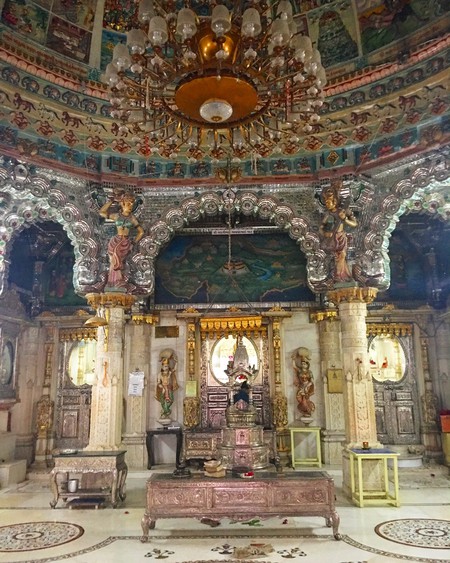 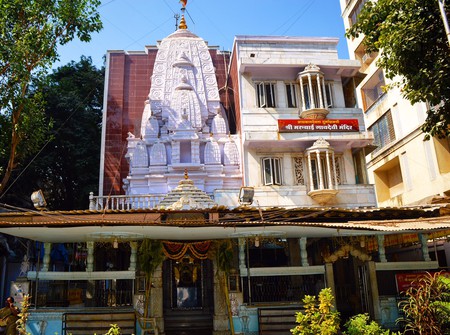 Every locality has a hidden gem whose existence and glorious history is known to very few. For Matunga, this hidden gem is the Marubai Gaondevi Temple. Nestled away in the residential area off Kings Circle, this temple is over 300 years old, and Matunga (previously known was Marubai Takdi Gaon) gets its name from this avatar of Goddess Durga. This temple was relocated from the current day Main Road near King Circle as a part of the road development project. The land was acquired in the year 1888, and the village sarpanch, then Bikhaji Gavand, became the caretaker of the temple on the new site. Generations of the Gavand family have been in charge here. Kashinath Gavand was the first trustee (since 1951) who is a predecessor and father of current managing trustee Mr. Anil Gavand who has been in charge since 1987. The stone idol is cased in gold, and the temple was redeveloped in 2000. They also have a community hall that is used to conduct yoga classes and other spiritual or religious practices. 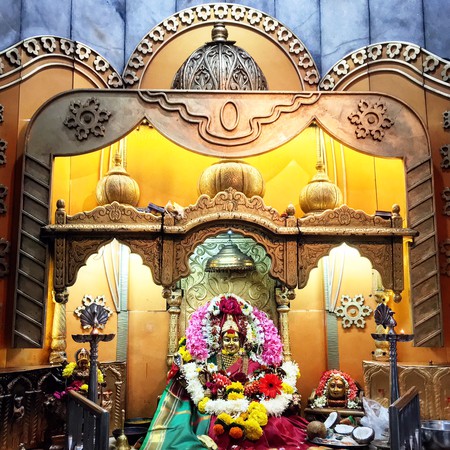 All these places of worship seem to serve the same purpose yet are so distinctly different – each dedicated to a different form of God or religion. The rituals and practices are peculiar as well, but what binds them all together is the history, faith, belief and goodwill. Each of these institutions is involved in various welfare and charitable activities and helping people in whatever way possible. They have a glorious history and traditions to live up to and are responsible in some way or the other for the betterment of the future.