8 Most Haunted Places to Visit in Chennai, India 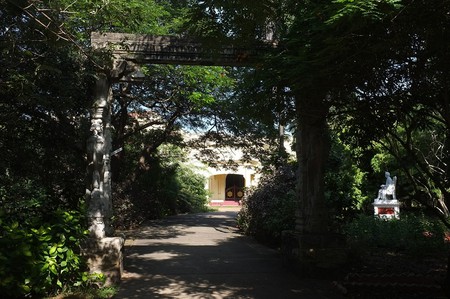 Spooky stories and tales from the crypt are everyone’s favorites, but better yet are urban legends and stories of haunted places. Chennai, once known as Madras, has its fair share of scary places. Here’s a list of places you might want to steer clear of if you’ve got a faint heart.

Bridge
Facebook
Email
Twitter
Pinterest
Copy link
Share
Map View
Once a bustling bridge built for the benefit of local fishermen, Broken Bridge now leads nowhere. Built in 1967, the bridge saw brighter days facilitating easy movement from Santhome Beach to Elliots Beach, until it collapsed partially in 1977 due to strong currents of the tide. It is believed by the locals that this forgotten route is now the hotbed of paranormal activity. A sunny spot during the day, visited by film crews and youngsters alike, turns eerie and dark in the nights. Stories about spirits of young women who have lost their lives on its edges float about, adding more haunt to this already haunted place.
Open In Google Maps
Theosophical Society, Adyar Chennai, Tamil Nadu, 600090, India
Give us feedback

A Portuguese merchant, his mentally unstable wife, and an infant son who died an untimely death set the backdrop of the deserted, dilapidated houses of De Monte colony, which is nestled in one of the city’s poshest locality. Legend has it that De Monte, a wealthy businessman, led a very unhappy personal life, leaving behind an aura of darkness long after his death. Several stories of missing strays and people travel among the streets, and are enough to give it the reputation that it has today. A Tamil movie of the same name was released in 2015, putting the colony high on the radar of curious paranormal enthusiasts. Though later that same year the colony was demolished, its spookiness still remains.

For the uninitiated, Victoria hostel road is just a long stretch of tree-covered road running alongside the Cooum behind Chepauk stadium. The Indo-Saracenic beauty that is the Victoria hostel was built centuries ago in the 1800s. The complex still houses a few students now, but spooky stories of hauntings are afloat around this area. Dark and damp, this road will give you the chills if you dare to venture out in the night.

This road is not for the faint-hearted. Serene-looking and flanked by a school on one side and an old animal welfare center on the other, Blue Cross Road is famously known for being the hotbed of paranormal activities after dark. The road has also witnessed its fair share of suicides and a few locals share stories of strange sounds and apparitions here. A dense canopy of trees always keeps the temperature very cool. People drive through this road during the day but often avoid it when night falls.

Madras Christian College shifted to its present-day sprawling, wooded campus near Tambaram in 1937. The legend here is that Heber’s hall and the Zoology wing are haunted by the souls of its dead occupants. Mysterious sounds, unexplained glass breaking, and objects falling could never be explained by the innumerous explorations done by the curious students after dark. 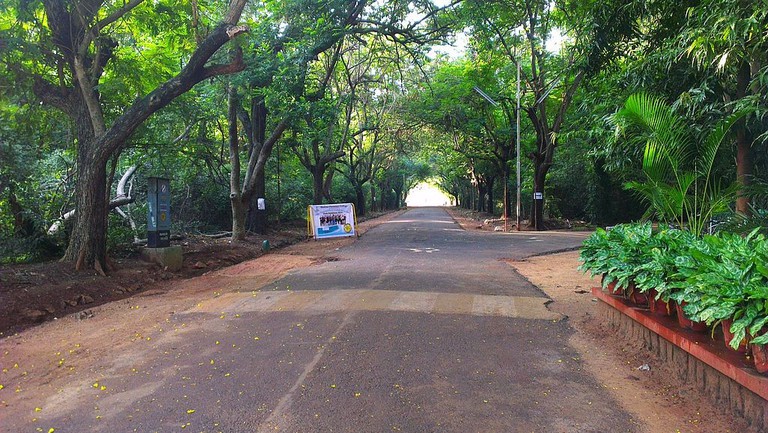 Hauntings are not just restricted to buildings and lanes in Chennai. Karikattu Kuppam, a fishing hamlet was left severely damaged following the tsunami that hit its shore on an ill-fated December morning in 2004. Many of its residents died while the rest fled, abandoning the village that now lies deserted with broken buildings and scattered clothes, footwear, and toys. The faint trace of what was once a bustling hamlet now echoes eerily when the moon comes up.

An abandoned temple in the abandoned fishing village Karikattukuppam, which is 20 kms down the ecr from Thiruvanmiyur. This has been lying abandoned since the Tsunami in 2004, according to the old local people. #karikattukuppam #ecr #abandoned #chennai #temple

Established in Adyar in 1887, Theosophical society houses one of the biggest banyan trees in the world that’s over 450 years old. Needless to say, legends are woven around it and the place is off-limits after dark. Apparitions, spooky sounds, and a sense of quiet eeriness have been reported here. Normally a peaceful, serene garden tucked away from the busy city streets, the tree turns dark and lonely when night falls.

We have nature and art.. If that's not enough, then what's enough?

If you’ve got a faint heart, this is one place you might want to steer clear of. The house on Seward Road in Valmiki Nagar is believed to be haunted by the soul of a young girl who died in the house. Locals claim that sometimes they can see doors opening and closing at odd hours, like some kind of a spooky invitation. The house remained vacant for a long time, until a few years ago when four young men dared to move in. Strange noises, sobs, screams, and apparitions in the middle of the night eventually resulted in their decision to move out.