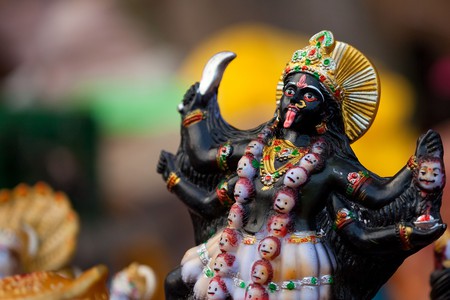 Most Indian myths and legends have been derived from two of its epic poems, Mahabharata and Ramayana, as well as from the ancient Hindu texts, Puranas. The spellbinding stories in these books excite, enthral and frighten readers at the same time. From mystical creatures to unshakable curses, brace yourself for some of the most fascinating Indian myths and legends.

In Hinduism, there are four distinct epochs, or yugas, and we are currently living in the fourth stage called the Kali Yuga. This era started in 3102 BC when Lord Krishna left the earth for his heavenly abode after the great Mahabharata War and thus began the degeneration of human civilization. The ancient Hindu texts of Puranas characterized Kali Yuga as being dominated by avarice, hatred, intolerance, lust and corruption. In this dark age, the average human lifespan is the shortest, lasting about 70 years whereas, in the first era of Satya Yuga, life expectancy was as long as 4,000 years. 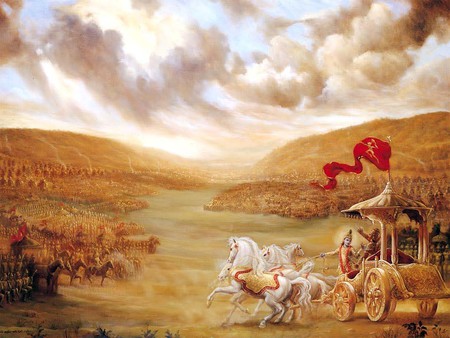 Shesha Naga is a cosmic serpent who is believed to support all the planets of the universe on its thousand heads. Lord Vishnu, protector of the universe, is often pictured lying down on Shesha’s body. It is said that every time the divine serpent uncoils, the creation of life takes place but when he finally coils back, the world will cease to exist. Shesha, which means ‘the one who remains’, is the only one who will continue to abide when everything else in the universe is annihilated. This is why Shesha is also known as Ananta, which translates to infinite. 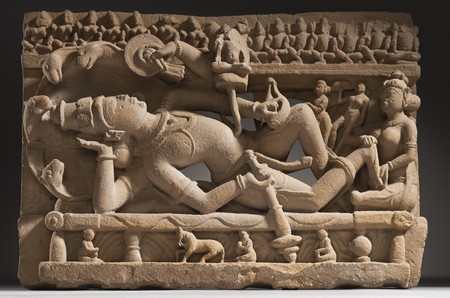 Madhavi is a female character in Indian mythology who only bears male children, all of whom go on to become warriors. She also has the power to restore her virginity after every birth.

As gurudakshina (offering to a teacher after the completion of one’s education), Galava has to find 800 white horses with black ears for his guru, Vishwamitra.

This brings him to King Yayati, who hands over his daughter, Madhavi, to Galava instead. The latter then gives Madhavi to three different kings, who in turn furnish him with 200 horses each. Finally, he offers these 600 horses to guru Vishwamitra along with Madhavi. Feminists have argued that such legends have constantly reinforced and justified patriarchy in Indian society.

At the same time, Indian mythology also has fierce warrior goddesses, like Durga, who is the destroyer of evil. But Durga is also known to be kind and nurturing like a mother figure when she needs to be.

In the eastern states of India, like West Bengal, the Hindu festival of Dussehra is centred around a legend surrounding Durga. The celebrations commemorate the homecoming of the goddess after defeating the buffalo demon Mahishasura, who was blessed with a gift that no male could ever kill him. 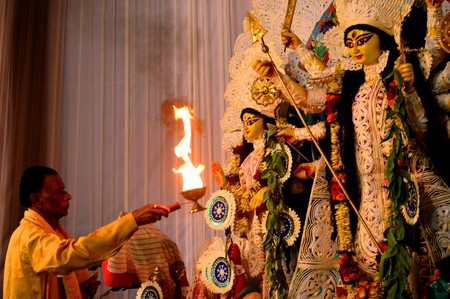 Adam’s Bridge, most commonly known as Ram Setu Bridge, connects Pamban Island near Rameshwaram in India and Mannar Island off Sri Lanka. According to the Hindu epic, Ramayana, the bridge was built by Lord Rama’s Vanara (ape men) army to help him rescue his wife, Sita, who was a captive under Ravana, the king of Lanka.

Interestingly, the documentary What on Earth, which airs on Science Channel, claims that the bridge is man-made and not natural as previously thought. This has added fresh credibility to the legend in the Hindu mythological text.

Valmiki, the author of Ramayana, is honoured as Adi Kavi, or the first poet. There’s a fascinating legend behind how he composed the first ever Indian shloka (couplet) by accident. One day, the sage witnessed a hunter shoot down a male bird with an arrow. Unable to bear her partner’s demise, the female bird, too, dies of sorrow. Consumed by rage and grief himself, Valmiki put a curse on the hunter, which he unconsciously uttered in a poetic metre. Later that day, Lord Brahma appeared before Valmiki and urged him to write the story of Lord Rama in that very metre and thus the epic poem, Ramayana, came to be.

As with many religions and cultures, Indian mythology also mentions a great flood, which once threatened to destroy earthly existence. It is believed that Lord Vishnu appeared in the form of a fish called Matsya to save the world when this deluge took place. However, some ancient texts also suggest that Matsya was an incarnation of Lord Brahma.

Legend has it that a tiny fish approached Manu, the leader of the human race, pleading him to save him from a big fish. In return, the aquatic creature promised to protect the earth from the impending flood. Heeding the request, Manu put the small fish in a pot. Day by day, the fish grew bigger and bigger until it had to be placed in the ocean.

To save himself from the deluge, the fish asked Manu to take shelter in a boat along with his family and also instructed him to take various animals and plants and seven wise sages on board with him. The legend is intriguing because of its uncanny similarity with the story of Noah’s Ark.

Mahabalipuram is a town in the south Indian state of Tamil Nadu renowned for its group of monuments. The legend of Mahabalipuram states that there were six other temples that stood alongside the famous Shore Temple, which was built during the eighth century. The so-called ‘Seven Pagodas’ was so beautiful that even the gods became jealous of it. This caused Lord Indra to instigate a storm that submerged the entire city underwater except for one temple.

During the tsunami of December 2004, century-old sediments were removed from the ocean floor and structures suspected to be remains of the submerged temples were revealed. 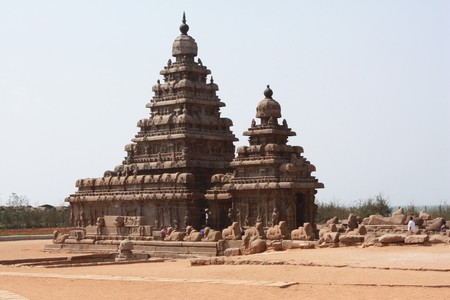