7 Up-and-Coming Bands From Kerala to Watch Out For 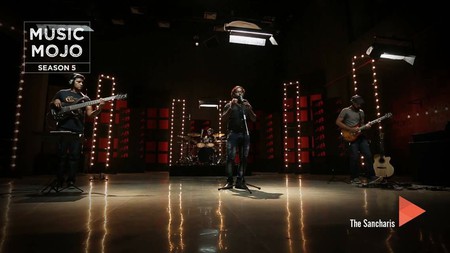 Good music is always appreciated and true listeners are always giving new and upcoming musicians a chance. Kerala’s musical scene is ever expanding and growing to create platforms for diverse music, proving that the state is producing great sounds for connoisseurs. Here are seven of these bands, which are quickly gaining fandom with their unique styles of music.

A radical band from Kerala, this band uses music as an expression of activism. Not belonging to any particular genre, their performances are unique and include a mix of theatre, art and visuals. They appeal to a wide range of listeners, both young and old, and have been appreciated for making music with a cause. Not only do they make music in Malayalam, but they sing in English and Spanish as well.

One of the few folk-rock bands in Malayalam, The Sancharis hail from the city of Thiruvananthapuram in Kerala. The four-member band is composed of Mathai on the vocals, Rony on the guitar, Balu on the bass guitar and Rohith on the drums. They are a refreshing addition to the indie music scene in India.

Comprised of sister duo, Amrutha and Abhirami Suresh, this band covers almost all genres of music, including both Indian and Western, folk, romantic and fusions of classical and rock. The pair is known for their lively performances where they interact with the crowd and blaze up the stage. Other members of the band include Samson Selvan as another vocalist, Suresh PR on the flute, Anoop on the keyboards, Kumaran on the drums, Bruce Lee on lead guitar, Renju on the percussions, Jerin Sam on the bass guitar and Neil Luckz, the band’s sound designer.

Producing a mix of Indian folk, pop and rock, this band shot to fame thanks to their reprised versions of Kerala‘s popular folk songs. Made up of Sooraj Santhosh as the lead singer, members of the band include Varun Sunil on the percussions, Daya Sankar on the drums, Preeth PS and David Crimson on the guitars, Pauly on the bass guitars, Joe Johnson on the keyboard, and Krishna Raj on the violin.

Known for their characteristic music and peppy numbers, this band prizes their simple music that appeals across age groups, and are fast gaining an expanding fandom. The group is made up of Ashwin Gopakumar, vocalist and guitarist, Achyuth Jaigopal on the guitar and banjo, Palee Francis on the keyboard, and Sailesh G Pai on the drums.

A three-member progressive metal band from Thiruvananthapuram, the members say their music is inspired by Avenged Sevenfold, Metallica, Dream Theater, Tool, Megadeth and Iron Maiden. The band members include Jacob Abraham as the vocalist and lead guitarist, Mahendra Sreekumar on the vocals and bass guitar, Adarsh GR on the drums and Santhosh Sasi as the sound engineer.

This seven-member band is making waves for their zany music, which has elements of folk rock, alternative rock, metal, classical music, Hindustani music and instrumental music. They have won prizes at a number of music competitions held across the state over the years and are popular among the young crowd.