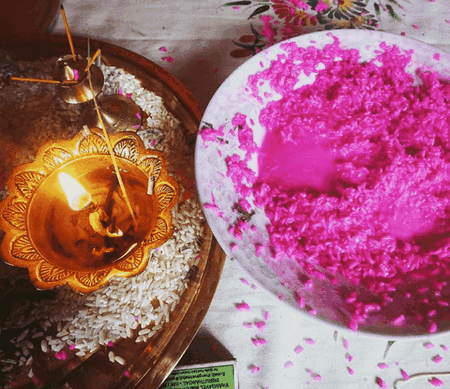 Items in a puja | © Lucy Plummer

For many Indians, birthdays are a mix of traditional Hindu rituals and Western practices, creating an interesting fusion of customs and traditions unique to the country. Rice mixed with turmeric paste smeared on foreheads, hearty renditions of ‘Happy Birthday’ and an abundance of prayers and blessings make birthdays in India a wholly significant and completely joyful occasion for both Indians and foreign guests alike.

It is no secret that Indians love to celebrate. India is well known all over the world as a country of endless cultural and traditional festivals and celebrations. Why should birthdays be anything less? Birthdays in India are a really big deal and the opportunity to pack in as much celebration as possible is not taken for granted. Birthday rituals differ slightly across the country and are unique to different regions. Although many traditional rituals are slowly dying out with modernization, in particular within urban India, many are still observed today.

Arguably the most practiced (and definitely the most fun!) is the feeding of the birthday cake. After ‘Happy Birthday’ is sung, in English or in Hindi, the birthday girl or boy will cut into the cake first. They will then cut a small piece of cake and feed it to each guest by hand, usually starting with closest family members, then moving on to everyone else. Once everyone has had a bite, family and guests then take turns in feeding the birthday girl or boy in return. Among the younger crowd, it is quite common to take this opportunity to smother the guest of honour’s face with cake. 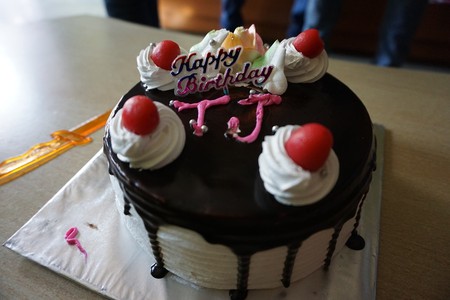 A birthday typically begins with an early morning visit to the temple. This can be as early as 4 am, the most auspicious time considered to be when the gods are most active. Here, prayers would be offered and blessings received by priests of the temple for good fortune in the year to come.

Pujas (prayers) are usually performed again at home typically led by the eldest female member of the family. During the pujas, an Aarti (a prayerful ceremony of light) is performed. The Aarti consists of a small flame that burns on a wick in ghee. The wick is placed on a round silver plate and rotated around the birthday girl or boy as blessings are bestowed. The Aarti can be performed a few times, as female members of the family take turns giving their blessings. During the puja, a tikka made of rice mixed with ghee (butter) or curd (yogurt) and coloured powder is placed on the guest of honour’s forehead. 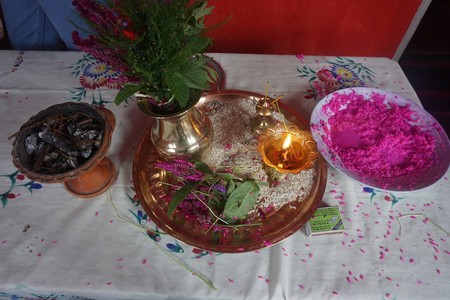 Like for children in most cultures, birthdays are the main event of the year and a cause for so much excitement. At school, children in India are the centre of attention on their birthdays, shunning their school uniforms for a snazzy, brightly coloured outfit. The whole outfit is usually brand new and worn for the first time on their birthday. 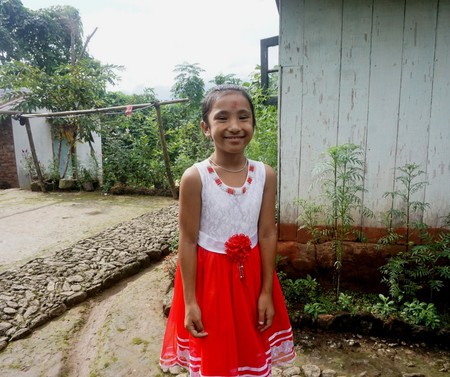 Overindulging on sweet treats during a birthday is certainly nothing new nor unique. But in India, the sweet or dessert is usually the first to be eaten. It is common to begin your birthday with a sweet, typically a laddu, a ball-shaped sweet made of flour, ghee and sugar, and once it is eaten, the main meal can be consumed. Commonly in Hindu culture, it is believed that a baby’s first taste should be something sweet and they’re often given a lick of honey to ensure that. 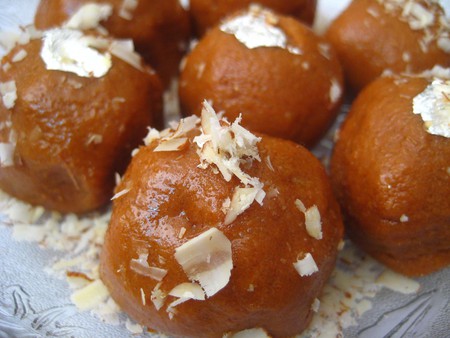 A practice that is typically observed by traditional Hindu families, on a child’s first birthday their head is shaved of all hair. This happens regardless of the baby’s gender. The shaving of the head is believed to cleanse the child of any sins carried over from a past life and allows the child a fresh start in this life.

Touching of the feet

You’ll often see younger Indians bending down to touch both of their elders’ feet. In Indian culture, this is a sign of great respect and the act invites blessings from older individuals. This is a practice that you’ll find within birthday celebrations, usually somewhere within the puja. Children touch the feet of their parents out of respect for giving them life and looking after them.