Ariyannur Umbrellas | © Ranjith Siji / WikiCommons
Prehistoric monuments have always been fascinating and not only for their age but also for how advanced they were in art and technology at the time. These sites are also proof of how several cultures, which are now far flung from each other, had perhaps a few things in common, once upon a time. Here are seven prehistoric monuments in Kerala that will transport you to centuries past.

The Chowannur Burial Cave, a prehistoric megalithic rock-cut cave located in Chowannur, Thrissur, has a single entry that takes visitors into a circular chamber, the only one in the cave. This site is a ‘centrally protected monument’ under the Archaeological Survey of India (ASI). 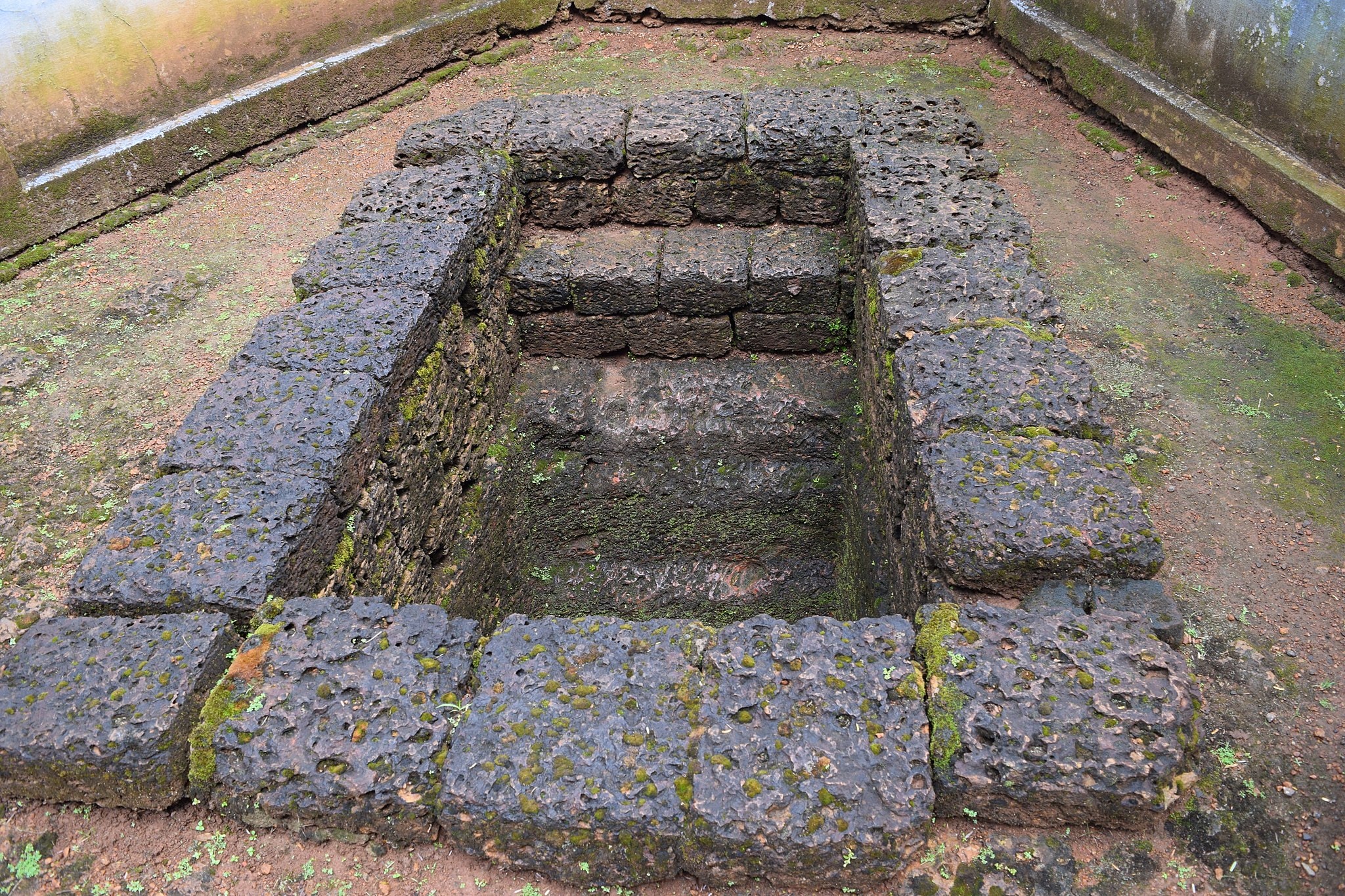 A prehistoric megalithic burial site in Chermanangad, Thrissur, Kudakkallu Parambu features 69 megalithic structures spread over a small area. Its name is befitting as it translates to ‘umbrella-like stone field’. Different types of burials are observed here, and the ASI estimates the date of construction to be around 2000 BCE. 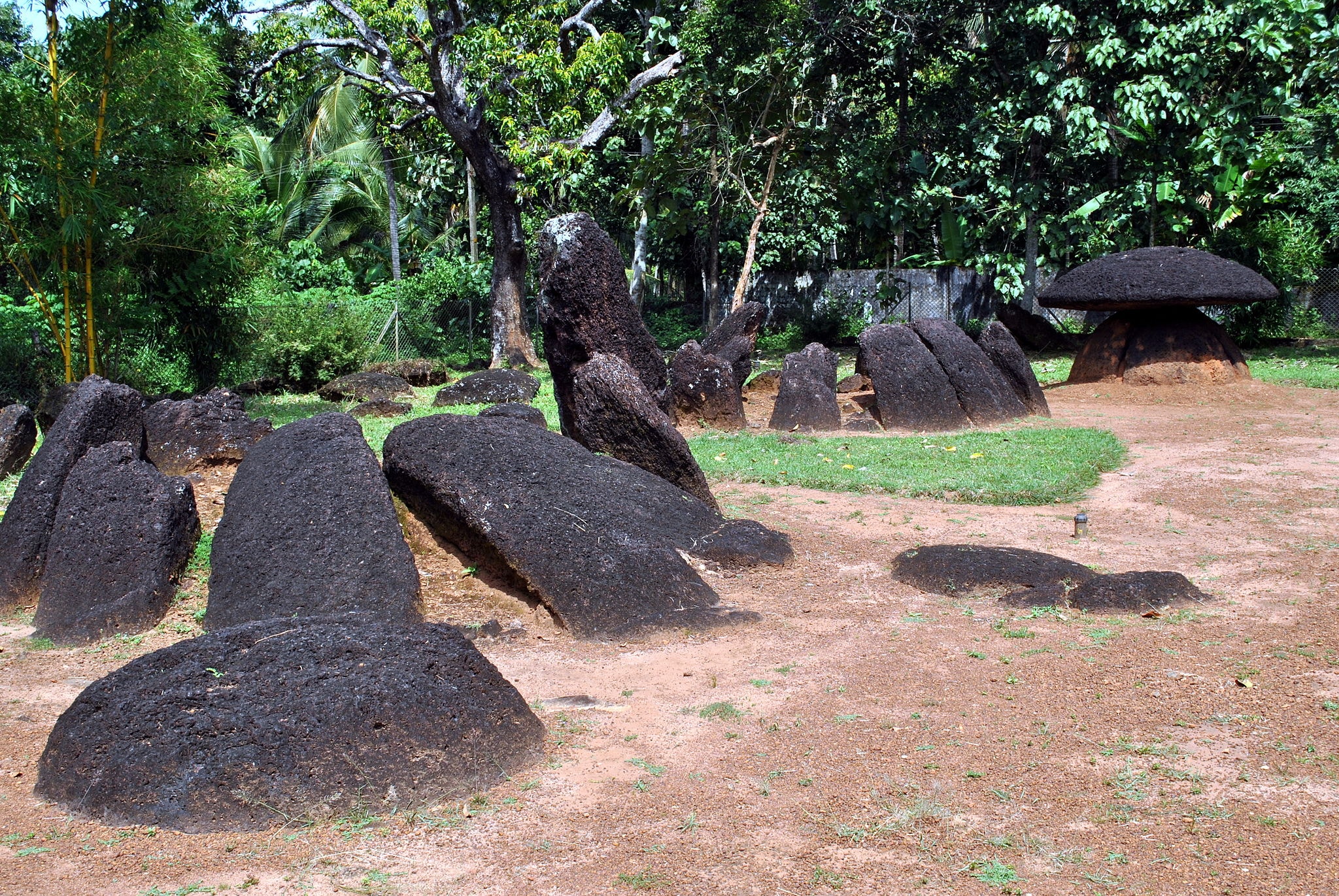 A trip to Edakkal Caves is a journey to a prehistoric past. Located 25 kilometres (15.5 miles) from Kalpetta in Wayanad district and at 1,200 metres (3,900 feet) above sea level, the caves house petroglyphs believed to be at least 8,000 years old, indicating the presence of prehistoric settlements in this region. The petroglyphs are of human and animal figures, tools used by humans, and other symbols yet to be deciphered. 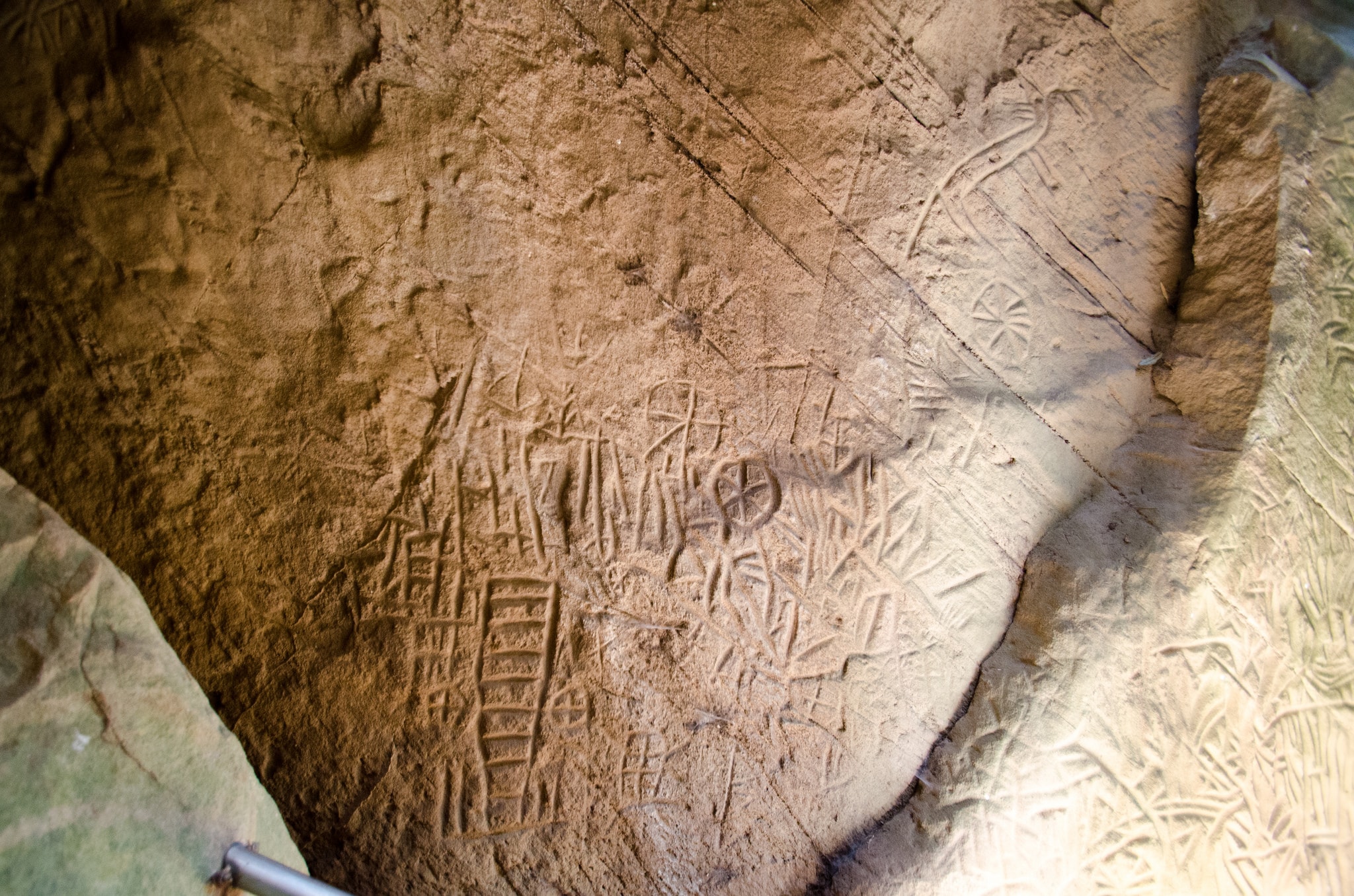 Another megalithic burial site in Thrissur lies in Eyyal. This site is a double chamber burial cave. Roman coins from the Republican period were unearthed here by the ASI. These coins date back to the first century AD. 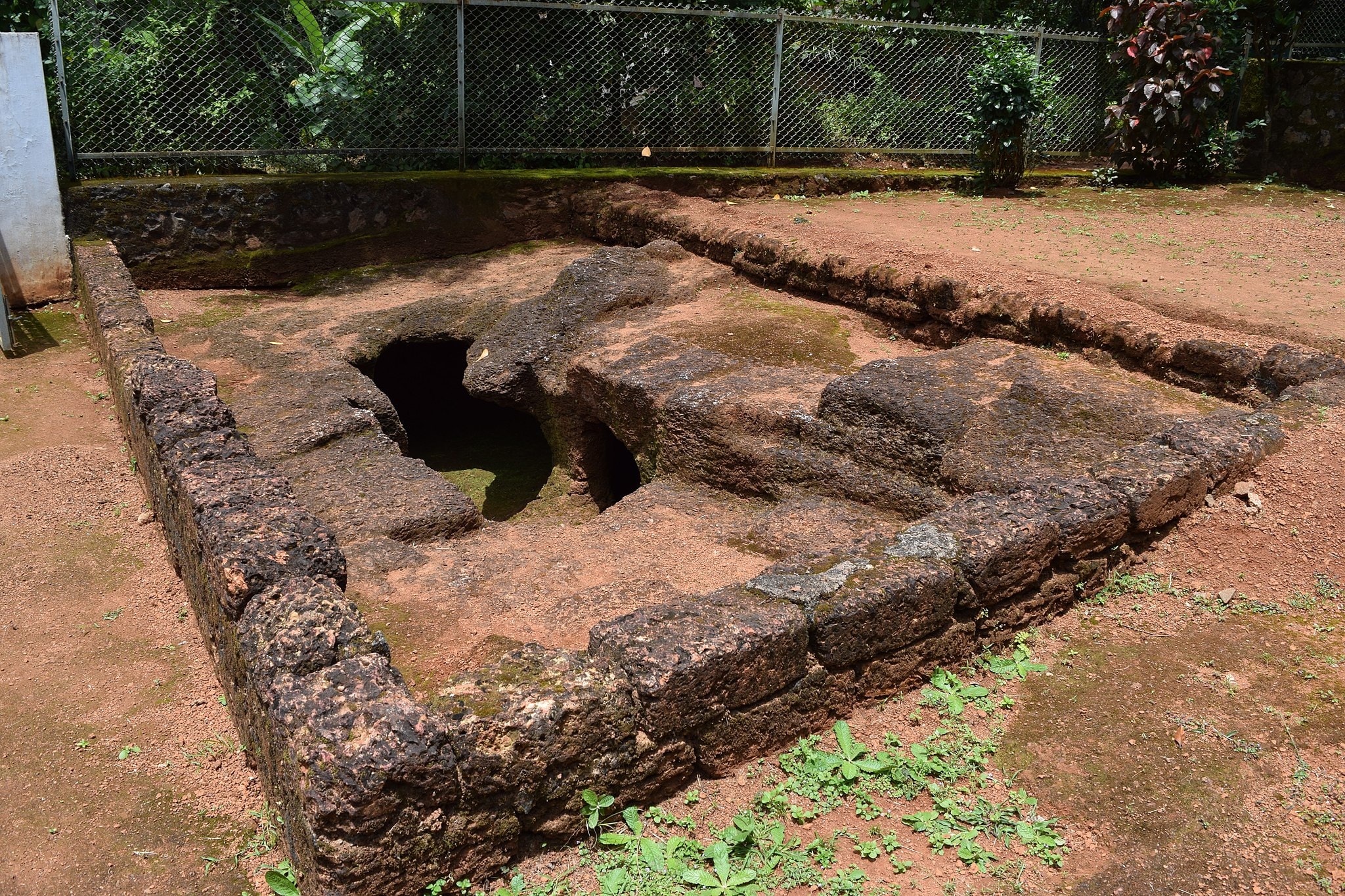 Ariyannur is a megalithic burial site with a set of six umbrella-like stones, locally referred to as Kodakkallu (translating to Umbrella Stone). These are recognised as a centrally protected ancient monument by the ASI. Its location gives an impression that the stone structures were erected over an urn burial. 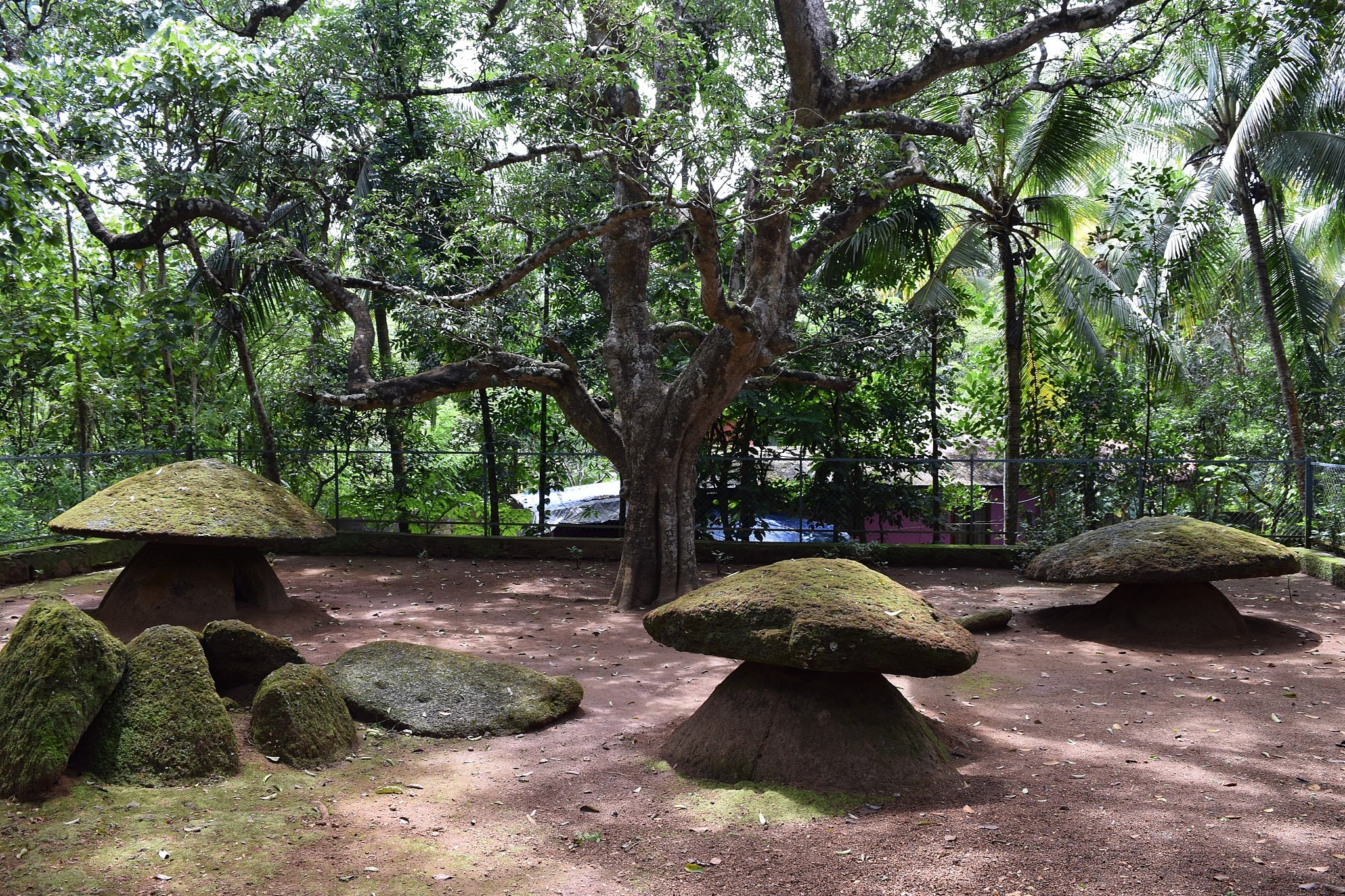 There are four umbrellas out of six that now remain intact, while the other two are partly broken | © Ranjith Siji / WikiCommons

Kakkad Burial Cave near Kunnamkulam town in Thrissur has an entrance accessible by a flight of stairs. The cave is dome-shaped, and the ceiling has a circular opening. Other nearby megalithic burial caves include Kattakambal Burial Cave and Kandanassery Burial Cave. All of these are found within a 10-kilometre (6.2-mile) radius of each other. 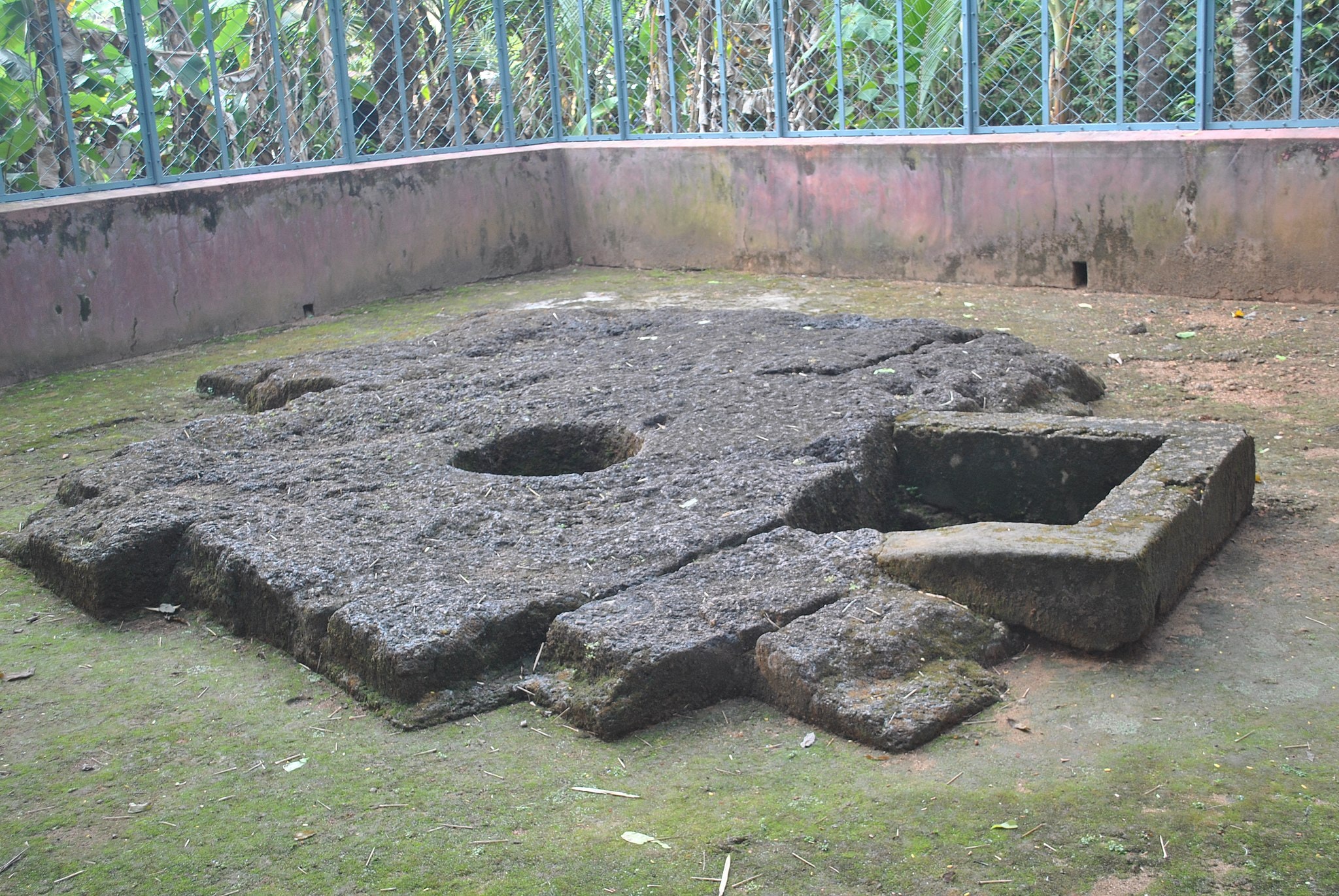 Kothukkal Cave Temple, located in the village of Kothukkal in Kollam district, is a rock-cut structure that dates back to sometime between the 6th and 8th centuries CE. The cave temples are carved out of a gigantic piece of rock and lie in the middle of a paddy field. In the local language, Kothukkal, which means carved rock, refers to the rock-cut shrine, which forms the main temple deity. 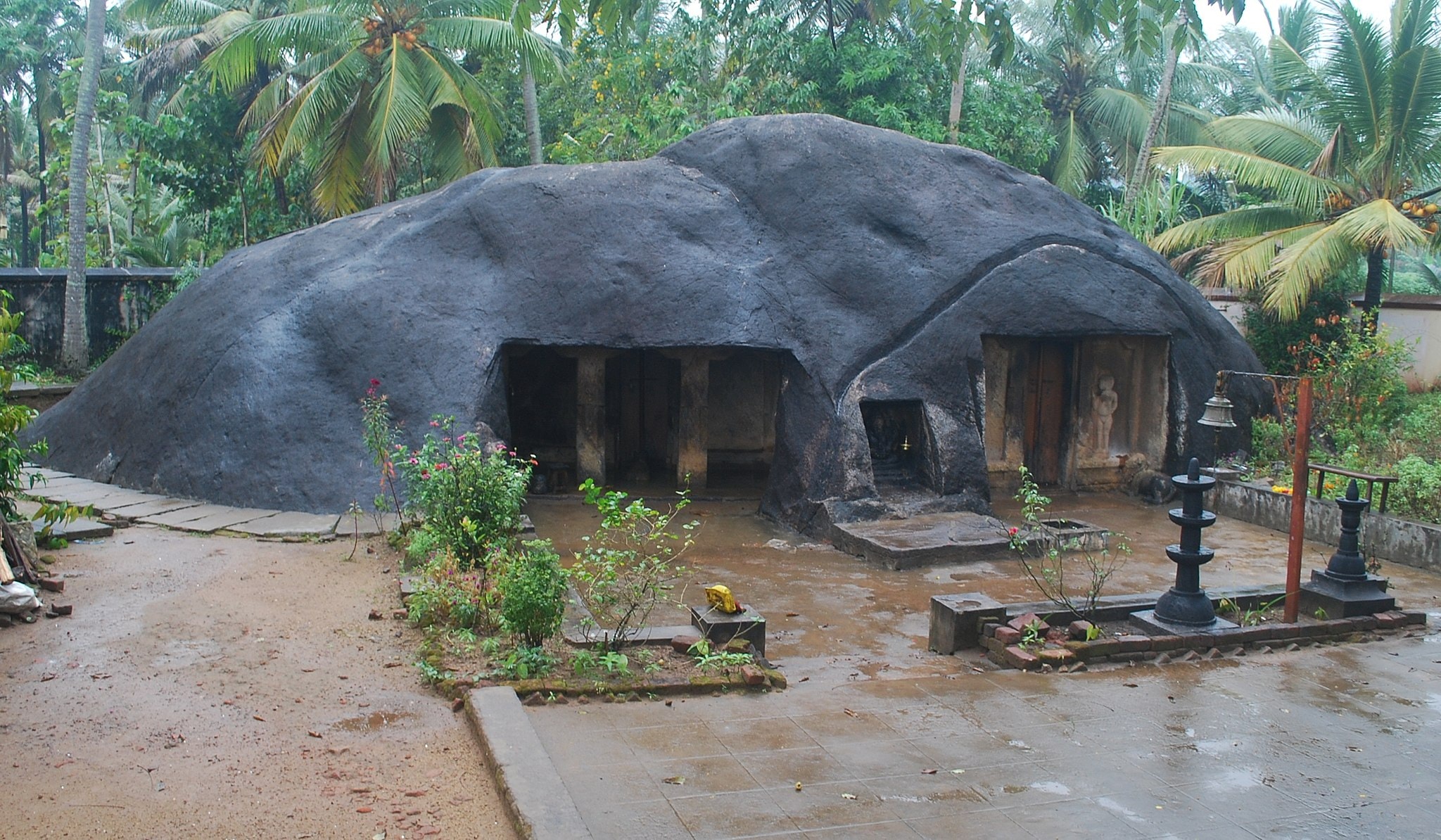 According to local traditions, the big rock was brought to the area by the incarnations of Shiva, including Nandi | © Kannanshanmugam,shanmugamstuio,Kollam / WikiCommons