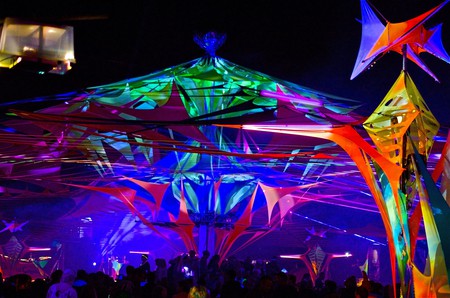 When we think of Goa, we think of beaches, water sports and nightlife, but Goa is also famous for its lively and alluring festival scene, spanning different genres and with sun, sea, sand, colour, music, dance, food, culture and joy. Here is our pick of festivals in Goa you need to attend at least once in your lifetime (and when to go).

One of the biggest annual festivals in Goa, Carnival is held every February to celebrate the beginning of Lent and brings to the fore the lively and relaxed Goan life. This four-day festival is an absolute cultural extravaganza and witnesses a great influx of revellers amidst the spectacular display of Goan cultures and traditions. The festival officially opens at Panaji – where the mock King Momo arrives and orders the celebration to start – and continues to Margoa. Colourful floats, feasts, live music, dance, fire and acrobatic performances, sports competitions, fancy dress parades, the Red and Black Ball and other fun activities are quite a sight to behold.

When: Last week of February, annually 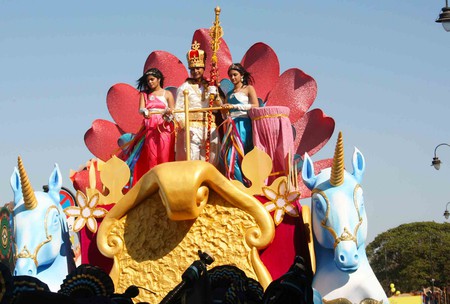 Vasco Saptah is a seven-day-long festival held in the Vasco region of south Goa that reveres Lord Damodar, an avatar of Shiva, who is believed to have saved Vasco from a severe epidemic in the late 19th century. Highlights of the festival include cultural and religious programmes, fairs and makeshift stalls selling everything from food and household items to clothes and accessories. Plus, not a single day of this festival is without bhajans, or devotional songs.

For wine connoisseurs, heaven is in Goa. The Grape Escapade is one of the biggest wine festivals in India, filled with fine wines, food, live music, trend talks, fashion shows and dance. This four-day affair draws connoisseurs of wine from across the world to sample wines from India and abroad. A culinary pavilion features gourmet food from the local chefs and restaurants, and the Grape Escapade Queen contest and Wine-Stomping session amp up the fun and the glam quotient of this unique festival.

When: Varies between January to June, annually; check here for festival dates 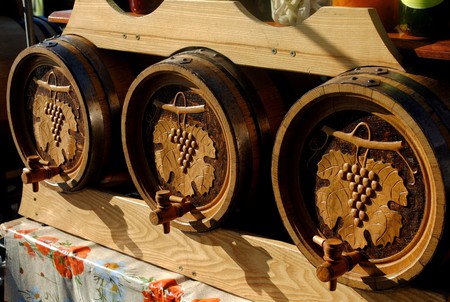 Goa comes alive on June 24 every year, which marks the Feast of Sao Joao (St. John the Baptist) as well as the onset of monsoon season. It is one of the major festivals of Goa held all over the state, and people from all around flock to Goa to witness the splendour of the state at this time. Around Sao Joao, Goa is soaked in the festive spirit, marked with feni, boat races, folk dances and live music performances in Konkani, Hindi and English languages. This event also includes a number of activities, like local youth wearing coronets of fresh fruit, flowers and leaves, parading around the village, drinking feni at each house and then jumping into a well, pond or lake to get gifts thrown at by the villagers. 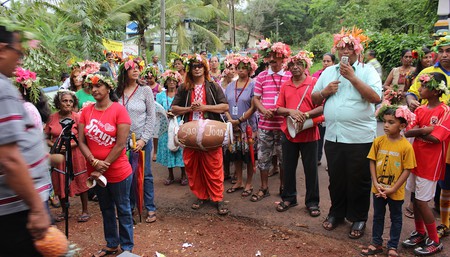 One of the most famous events in the film fraternity is the International Film Festival. Spanning over 10 days, this star-studded affair in Panjim all about films and glamour is a must-visit for every movie buff and fan. The festival hosts film screenings representing various languages and genres are held, and it is a perfect place to glimpse favourite international actors and filmmakers.

When: end of November, annually 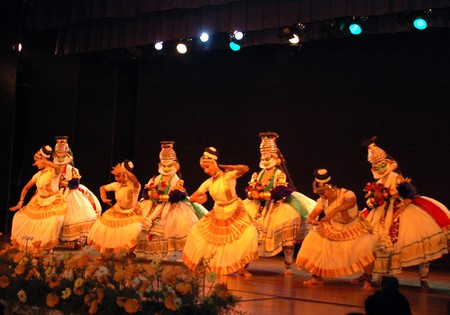 Pork vindaloo, Goan fish curry, sorpotel, chouricos, chicken xacuti and mixed veg xacuti. Drooling already? For traditional and unique Goan cuisine, attend the Goa Food and Cultural Festival. The five-day event features a number of stalls by high-profile chefs, restaurateurs and homemakers showcasing their culinary art. To keep everyone entertained throughout the day, there are fireworks, live music and DJs and cultural programmes.

When: varies in spring months, annually

Who wants to have this yummy fish thali? 😍 Follow @foodofgoa Shot by @saayalieats

Dance, music, spring colours, parade floats and joy – that’s the Shigmotsav Festival (also known as Shigmo). This 14-day festival reveres the return of the warriors who left their homes at the end of Dusshera to fight the invaders, and locals celebrate by dressing in traditional clothes and portraying the Goan regional mythology through folk performances.

'Ghode Modni' is a #traditional dance from #Goa and is being performed in the ongoing #shigmofestival . Go, experience this if you're in Goa right now . . . . . #streetphotography #mobilephotos #fb #culture #Indian #colours #dances #storytelling #instadaily #instamusic #festival @goatourism . . . By @surbhikapila

Christians account for more than half of Goa’s population, so Christmas is definitely one of the most popular and celebrated festivals. Christmas in Goa is loaded with midnight mass in the ancient churches of Goa, fake snow, Christmas trees festooned with glittery decorations, music, dance, carols, twinkling lights, fireworks on the beaches and, of course, delicious Christmas feasts. Soak in the Goan Yuletide spirit! 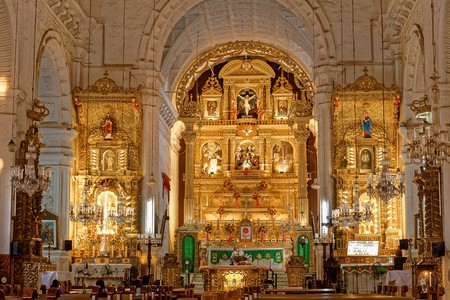 Goa knows how to ring in the New Year just right: fireworks lightning up the night sky, scenic views of the sea, mellifluous church bells, Goan trances, wild full-moon parties and a hedonistic atmosphere in every nook and cranny of the state. The spirit and energy in Goa on New Year’s Eve is a whole new level of celebration that must be experienced at least once in your lifetime. 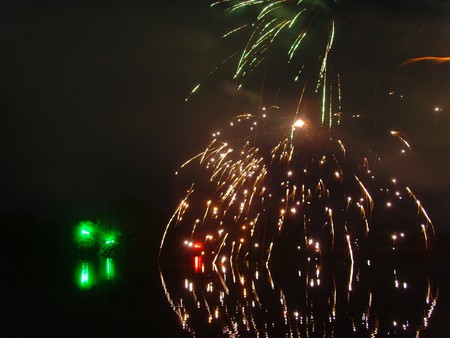 New Years in Goa | © Klaus Nahr / Flickr
Give us feedback