Indian Bands You Should Be Listening To Right Now 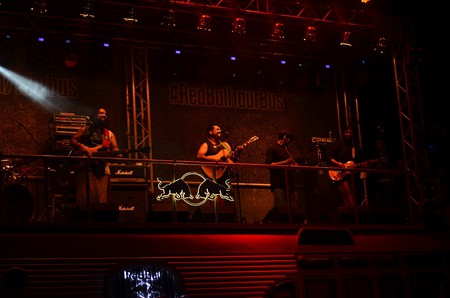 While the West knows India for Bollywood music, the parallel independent industry – which has seen a boom in the last five years – has brought talent and several genres to the fore, combining catchy tunes and beautiful lyrics.

One of India’s premier bands, Parikrama has been wooing rock fans since 1991. The Delhi-based band, whose name translates to orbital revolutions in Sanskrit, has enthralled audiences since it was founded. The six-piece band includes Nitin Malik on vocals, Sonam Sherpa on lead guitar, Saurabh Choudhary on guitar, Subir Malik on the organ and synthesizers, Gaurav Balani on bass and Srijan Mahajan on drums. They are often accompanied by Imran Khan on violins and Shambu Nath on the table. Parikrama has given Indian rock a name and their song But It Rained (1996) was on Rolling Stone India’s 25 Greatest Indian Rock Songs Of The Last 25 Years in 2014.

No list on Indian bands is complete without Indian Ocean, one of the most popular bands in the country. Formed in 1990 in Delhi, the rock band is a favourite across generations. Highlighting social and political issues in their songs, their music style could be classified as fusion as they fuse traditional tunes or raga with rock. The band moved against record labels in 2010 and released their album 16/330 Khajoor Road online for free. The band has seen several ups and downs: Susmit Sen, Asheem Chakravarty, Rahul Ram and Amit Kilam were the band’s founding members till Chakravarty’s death in 2009. Tuheen Chakravorty and Himanshu Joshi were brought in as replacements. After Sen’s exit in 2013, Nikhil Rao was brought in to play guitar. 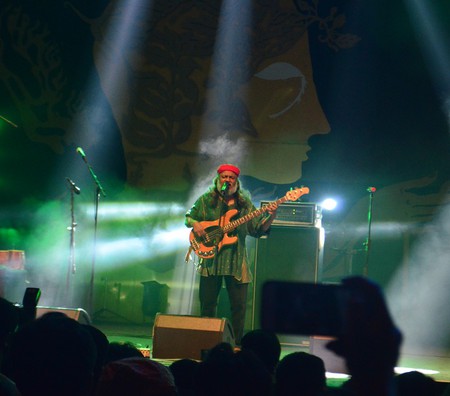 Dressed in lungis and kurtas, this band is touted as one of the best indie acts in the country and has performed at several stages abroad and for the Queen of England. Hailing from Bangalore, the band’s music is rooted in traditions and watching them live is always fun because of Raghu Dixit’s wise cracks and soulful voice. The happy music has charmed many, regardless of whether the song is in Hindi or Kannada. Although the band has only released two albums to date, they have successfully achieved a big name. Mysore Se and Jag Changa remain two of the most-loved acts. 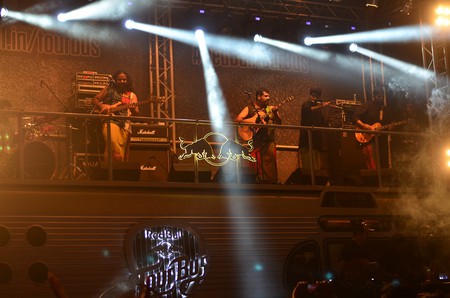 Ankur Tewari and The Ghalat Family

Tewari’s rustic voice and the Ghalat Family’s catchy tunes have made this Hindi rock project a hit. Formed in 2009, the band’s hometown is Mumbai and there isn’t a single gig that doesn’t end with the very happy song, Mohobbat Zindabad. Tewari on vocals is supported by Sidd Coutto on drums, guitars and keys, John Pais on bass, Gaurav Gupta on guitars, and Vivaan Kapoor on drums and percussion. Newest entrant Vivaan’s crazy drum skills have made the band a fun live-act to watch. 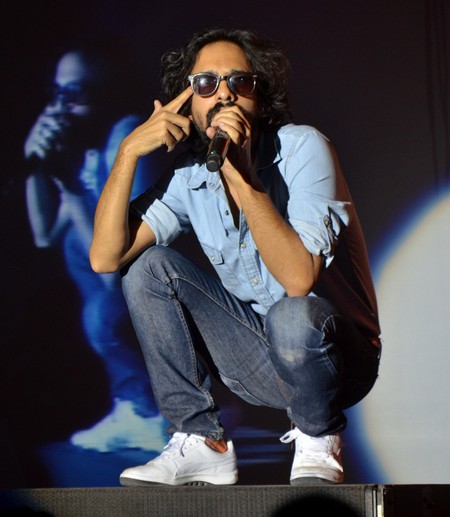 Touted as India’s first reggae sound system, the Reggae Rajhas are truly the kings of this genre in the country. Formed in 2009, they’ve been an opening act for Snoop Dogg aka Snoop Lion in New Delhi, where they hail from. Dedicated to spreading dub, reggae and dancehall music in India, Reggae Rajhas have also started an online weekly radio show called Pressure Drop on Radio79.com. Known to have shared a stage with some of the best international names of reggae and dub, the band includes: DJ MoCity, Diggy Dang, General Zooz, BeLights and Ziggy B. 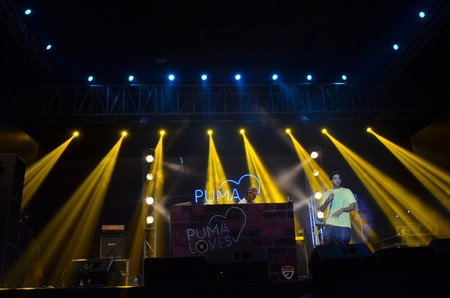 Mumbai-based Scribe is one of finest modern metal bands in the country. The six-piece band includes a bunch of funny guys: Prashant Singh and Akshay Rajpurohit on guitars, Srinivas S on bass, Viredra Kaith on drums, Siddharth Basrur, andViraaj Saxena on vocals. The band has headlined numerous stages for several major music festivals in India and often manages to get audiences to mosh-pit. They are very proud of the all-girl mosh-pits that occur at their shows and are known for their various shenanigans. Their album names are inspired by Bollywood, including Mark Of Teja, which earned them six awards at the Rolling Stone Metal awards. Their third album Hail Mogambo released in 2014. 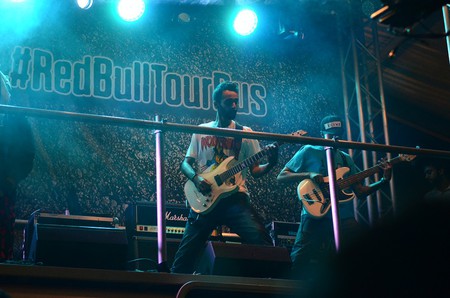 Spud In The Box

What started as a college band is now one of the popular among the hoard of indie bands in the country. Starting out in 2011, Spud In The Box is a six-piece alternative rock band that has performed at several platforms and is made up of an energetic group of 20-somethings. The band was awarded Best Rock Band – People’s Choice at the Radio City Freedom Awards; and their song Train Of Thought featured on Rolling Stone India’s 25 Greatest Indian Rock Songs Of The Last 25 Years list in 2014. The band includes Ankit Dayal on vocals and guitars, Rohan Rajadhyaksha on vocals and keys, Hartej Sawhney on guitars, Siddharth Talwar on guitars, Zubin Bhathena on bass and Joshua Singh on drums.