Did You Know These Films Were Shot In India? 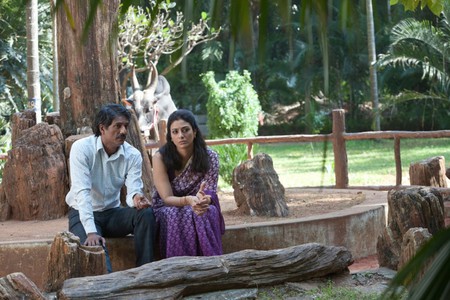 More and more foreign filmmakers consider shooting films in India for its warm vibe, cultural diversity and picturesque day-to-day culture. The likes of Danny Boyle, Richard Attenborough, Ben Kingsley, Julia Roberts, and Angelina Jolie have all explored the vast, versatile landscapes and cultures of the Indian terrain for cinematic purposes.

While the regressive stereotypical portrayal of this country has been a common mistake and a cause of outrage amongst Indians, there is a lot more to cherish. India is not merely a land of snake charmers, slum dogs, and poverty stricken people. There is a lot more beauty that deserves to be portrayed on screen. Here are seven international films you probably didn’t know were shot in India.

While movie lovers ready themselves to welcome the latest rendition of The Jungle Book by Disney films, its 1994 version was also shot in India. Parts of Jodhpur were used as the filming location of this popular kid’s story.

Talking about India from a culinary perspective is one of the finest representatives of Indian culture. The Hundred-Foot Journey is about the triumph of Indian recipes that won over hearts. The Kadam family makes a living and survives through the ordeals of life with their culinary skills. Portions of this film were set and shot in Mumbai.

Ang Lee’s Oscar-nominated film Life Of A Pi started its journey from India with a considerable portion of the film being shot in the southern part of the country, including locations like Puducherry.

Even with an international team like his, director Richard Attenborough chose to shoot most portions of his telling of Gandhi, starring Ben Kingsley, in India. This was done in order to capture the essence of India.

A Passage To India

Based on E. M. Forester’s book of the same name, A Passage To India, directed by David Lean, was set in the British India of the 1920s and briefly explores the trivial friendship between the British and Indians. This award-winning film was shot extensively in India, in regions like Bangalore, Kashmir, Gaya, etc.

A Mighty Heart, starring Angelina Jolie, had some crucial chunks filmed in Pune, Maharashtra. This movie is about a Wall Street Journal reporter who goes missing while trying to track Al Qaeda. It is yet another example of recreating Pakistani terrains in India.

When shooting on location became impossible, the makers of Zero Dark Thirty chose to recreate Abbottabad (the site of operation) in India’s Chandigarh. The Pakistani town of Karachi was recreated for filming the movie based on Osama Bin Laden’s execution.

As the trend suggests, most films based in Pakistani terrains have been shot in the various regions of India. Pakistani locales like Karachi, Abbottabad, and Islamabad have been recreated in India for filming purposes.