7 Fashion Designers From Mumbai You Need to Know 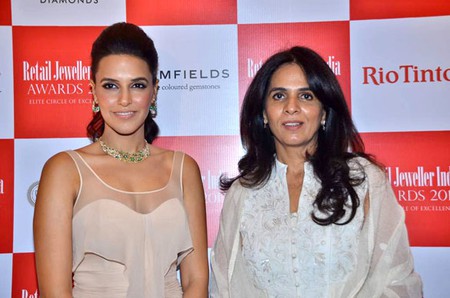 Mumbai, as the fashion capital of the country, has fostered some of the best talent in Indian fashion for as long as the industry has existed. Here, we round up a list of the most iconic fashion designers hailing from Mumbai that any fashion enthusiast ought to know.

Born and raised in Mumbai, Tahiliani initially joined his family’s business in oil-field equipment after graduating from Wharton at the University of Pennsylvania. The switch to fashion came in 1987 when Tahiliani and his wife Sailaja ‘Sal’ Tahiliani founded Ensemble, India’s first multi-designer boutique. Soon, Tahiliani began sketching designs and in 1991 attended the Fashion Institute of Technology in New York. Today, Tahiliani is among the most acclaimed designers in the country while Ensemble remains one of its most cherished fashion boutiques.

JOIN US TODAY | For a showcase of our Spring Summer 2017 Bridal and Ready to Wear collections. April 29th & 30th at @fashionbyrohini in Los Angeles, CA. #TarunTahiliani #TTSS17 #Bridal2017 #RTW2017 #LosAngeles

Among India’s leading designers, Anita Dongre designed Indian wear for leading boutiques across Mumbai until she was inspired to launch the much celebrated And Designs (which is now The House of Anita Dongre). Her brands today include AND, the boho-chic Global Desi, and her signature label Anita Dongre. With sale outlets across the nation, Dongre is undoubtedly one of India’s most popular designers.

Manish Malhotra is among the most renowned fashion designers in India’s history. Born in 1965, Malhotra’s first introduction to the industry was when he tried modeling for a popular brand while studying arts at Elphinstone College in Mumbai. He soon made the shift from modeling to designing, and was given the opportunity to work in Bollywood costume design when he was 25. Today, Malhotra is among the most influential costume designers in Bollywood – which dictates Indian fashion to a great extent.

Renowned for her iconic bridal wear creations as well as her work in Bollywood costume design including the trendsetting Devdas (2002), Neeta Lulla has been one of the country’s leading designers for over a quarter of a century. The National Film Award winning designer has also taught fashion design for decades, and recently opened the The Whistling Wood International Neeta School of Fashion in Mumbai.

Manish Arora is celebrated worldwide for his vivid colourful creations that effortlessly blend Indian elements with global styles. He was born and raised in Mumbai but received his fashion education at the National Institute of Fashion Technology in New Delhi in 1994. Within years of graduating, he launched his label Manish Arora and showcased his work in the first-ever India Fashion Week held in New Delhi in 2000. Today, Arora remains one of the most influential figures in Indian fashion.

Born in 1989, this iconic designer has carved a place for herself in the country’s fashion scene in a relatively short span of time. A graduate of the SNDT Women’s University in Mumbai, Masaba Gupta is known for her unconventional prints, bold colours and unique creative interpretations of traditional wear. Her label, House of Masaba, is among the most trendsetting in India today.

Payal Singhal first made her mark on fashion when she won the ‘Shoppers Stop Designer of the Year’ award when just 15 years old. She went on to study fashion design at SNDT Women’s University, launched her own label and showcased her work in major fashion shows around the country. Today, her label is known for elegant bridal wear and contemporary interpretations of traditional wear.