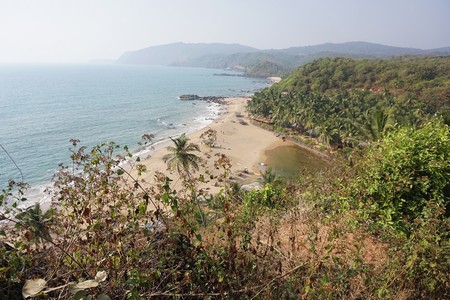 Goa is blessed with postcard-perfect beaches, abundant biodiversity, a web of delicate ecosystems and a rich cultural and historical heritage. So naturally it attracts lots of people and Goa has become victim to rapid urbanisation as businesses move in to cash in on the hordes of tourists who descend on its beaches each year, largely at the cost of its natural wonders. But all is not lost, here are 7 wonderful ways Goa is going green.

There’s no denying that booming tourism has scored major plus points for both the locals and the state’s economy. With that being said, it’s vital that sustainability be a top priority. This calls for existing businesses to challenge old practices as well as any ongoing and future developments. A long term vision for Goa that is rooted in sustainability, conservation and preservation is crucial.

Thankfully, state officials of Goa have been vocal about the need to adopt and implement eco-friendly and greener initiatives into its plans. And it hasn’t been just talk. A number of such initiatives have come into fruition and continue to do so as Goa continues to devise creative ways of not just seeing that the state survives, but thrives.

January 2018 saw the first electric bus hit the streets of Goa’s capital city, Panjim. The bus, which has zero emissions, will pave the way for 50-100 such vehicles being worked into Goa’s network of buses. Goa’s buses eat up a lot of diesel and pump out harmful chemical pollution so a move towards electric buses will hopefully reduce this damage. 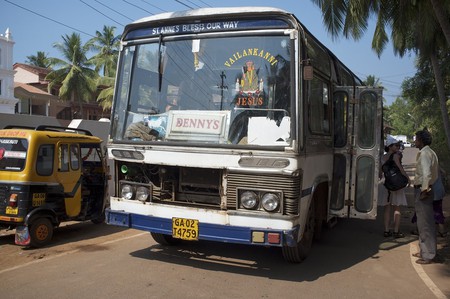 There has been a rise in services offering bicycle rental across Goa. By scooter, or ‘scooty’ as its locally known, is most people’s preferred way of getting around Goa. It is also the cheapest and easiest way as taxi prices are high and the price of a ride in an auto-rickshaw is higher than anywhere else in India. Scooters however are not the most environmentally friendly way of getting around. CyclingZens have gone one step further and introduced e-bicycles to Goa. The initiative started in 2015 and is the first to offer electric bikes. But why not just regular bikes? Because Goa is HOT and in many parts its roads are very hilly making regular man-powered bicycles difficult and uncomfortable to ride. E-bicycles have become a great, and greener, substitute for the scooty and easier to manage than a regular bicycle.

Bordered by the Arabian Sea on the west, Goa is a hub of marine wildlife. Unfortunately, despite often promoting itself as an ecotourism hub, Goa has largely been blind to the damage caused to its marine wildlife by tourism pursuits. Marine tourism has been poorly regulated and a lot of damage done, some of it irreversible. In 2017 eco-sensitive initiative with a focus on dolphin conservation, Terra Conscious, set sail the first dolphin sight-seeing trip completely in accordance with international guidelines. Since then others have began to follow suit and the importance of marine-friendly tour for tourists is slowly being realised. Also, in South Goa’s Galgibag and Agonda beach, both nesting sites for turtles, tourism infrastructure, particularly on Agonda beach, has been invading these nesting sites. In 2016, after a big tourism boom in the area, the local forest department finally stepped into action and acquired land for turtle conservation. Locals have also stepped up to protect the turtle and their hatchlings and you’ll often find night watchmen on duty between the nesting season from November-March protecting turtle eggs. 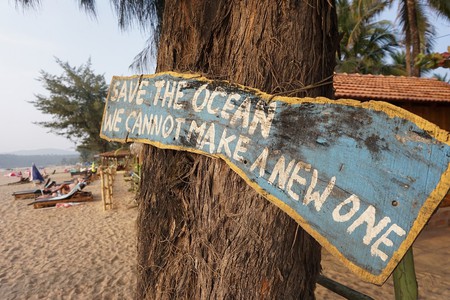 In 2016, Goa introduced a scheme named ‘Assistance for use of Organic Inputs’ which offered subsidised rates for chemical-free farming products such as organic fertilizers and bio-pesticides to boost organic farming. Local government also introduced ‘agri-tourism’ to the state to heighten awareness of local agriculture to tourists and encourage them to buy locally-grown produce from markets and street vendors in a bid to boost the income of Goa’s farmers.

A succession of organised beach clean-up drives have been springing up on Goa’s beaches, many of which have been organised by local residents, inspiring an overhaul of Goa’s attitude towards waste disposal. These days you’ll find bins at most beaches along the coast, many of which encourage waste segregation. Local campaigns are devising creative ways to raise awareness of keeping beaches clean and litter-free such as ‘#TeraMeraBeach’ (YoursMineBeach) which uses art and music to draw attention to its efforts. 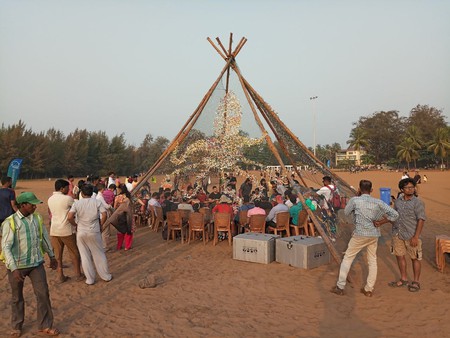 At the end of 2017, Goa officials made a public pledge to become completely free of plastic by 2022. If that seems like one huge challenge, it’s because it is. India is in the top 20 list of countries that dump the most plastic into the sea. So how does Goa plan to achieve this monumental task? Well, Goa had already started making steps a few months prior when it banned small plastic bags in May 2017. The majority of local vendors, especially fruit and vegetable sellers, don’t give bags and instead wrap all produce in recycled newspapers. Local residents have also complied with this in a big way and most use their own reusable cloth bags when shopping. Plastic straws are also being banned from most restaurants and paper ones offered instead, an alternative which hopefully local coconut sellers will switch to soon. 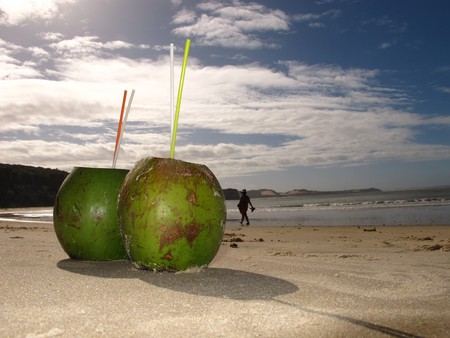 Plastic straws are a problem in Goa as they add to plastic waste. Coconut Beach | © Bon Adrien/Flickr

(Besides partying) people come to Goa to relax and feel closer to nature. Accomodation options that work in harmony with nature or are eco-friendly are appearing increasingly at and around Goa’s beaches. Many overseas visitors are shunning fancy resorts and opting instead for greener accommodation options such as treehouses, tents, yurts and old farmhouses and taking with it the opportunity to ‘live like a local’ with less power and water usage with it. One popular option is Saraya Ecostay in Goa’s Bardez beach. 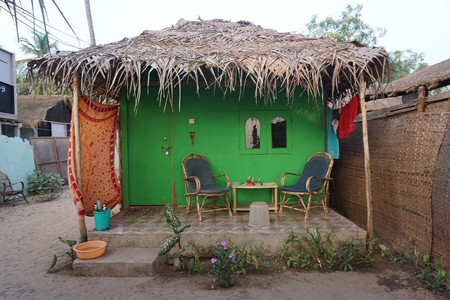 Beach shacks in Agonda | © Lucy Plummer
Give us feedback