The Traditional Indian Painting Styles You Should Know

Every region in India can be associated with a particular form of art, ranging from Mithila paintings of North to Tanjore paintings of the South, and Pattachitra in the East to Warli in the west. We take a look at some of the most prominent styles of painting in India to know.

The earliest miniature paintings in India were found on palm leaves. These pieces were usually painted for Jain and Buddhist merchants, who would carry them on their travels across the Indian sub-continent between the 10th and 12th centuries. These early miniatures, regarded as Pala and Jain, were followed later by different schools of art such as Rajasthani, Mughal, Pahari and Deccani miniatures, each of which have their own characteristic style and uniqueness. Further, each school of miniature painting has sub-divisions among them, encompassing a rich tradition of miniature paintings that are regarded as timeless manifestations of the country’s creative genius. 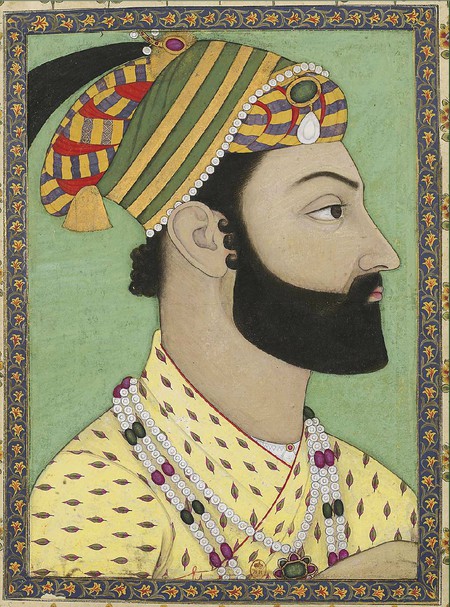 One of the earliest art forms (dating back to the 12th century) from Orissa, Pattachitra literally translates to ‘cloth (canvas) picture’: ‘Patta’ – cloth and ‘Chitra’ – picture. A small village by the name of Raghurajpur, in Orissa, is a haven of Pattachitra even today, with every family having at least one member of the family involved in the arts. Lord Jagannath, who is believed to be an incarnation of Lord Krishna, is usually the main theme of pattachitra. Other themes include the story of Radha-Krishna, scenes from Ramayana and Mahabharata (the two popular Indian epics), temple activities, and others. An important feature of chitrakars (traditional pattachitra artists) is their use of vegetable and mineral colours.

Warli art belongs to one of the major tribes in the Western state of Maharashtra, the Warlis. First discovered in the early 1970s, this art form can be tracked back to the 10th century A.D. Similar to the pre-historic cave paintings, Warli paintings are done inside the walls of huts and executed with an elementary style. This art form usually depicts pictures of the tribal daily life and various forms of nature such as the sun, moon, and rain accompanied by a characteristic absence of any mythological or religious figures. Only their Mother Goddess, Palaghat, who is seen as a symbol of fertility, is used as the central motif of any Warli art. Circular patterns are very common occurrences in Warli art, which are indicative of their belief that death is just another beginning. 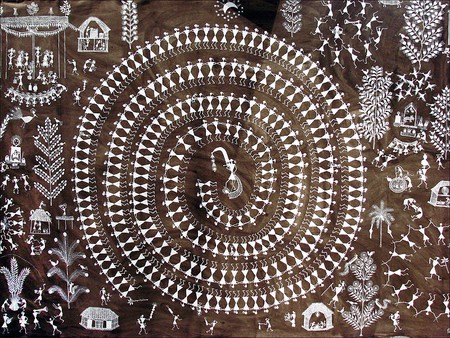 Thanjavur (Tanjore) paintings are an ancient art form that flourished in the South Indian town of Thanjavur in Tamil Nadu between the 16th and 18th centuries. A Thanjavur painting is a colorful panel painting done on a wood plank with a deity as the main theme of the composition. The deity typically has almond-shaped eyes and its figure is enclosed by an arch or a curtain. Thanjavur paintings are characterized by a gilded and gem-set technique, which uses gold leaves and sparkling stones (artificial stones are used today) to highlight specific aspects of the painting. 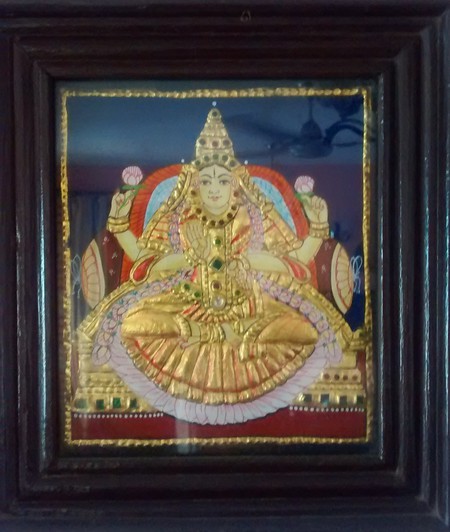