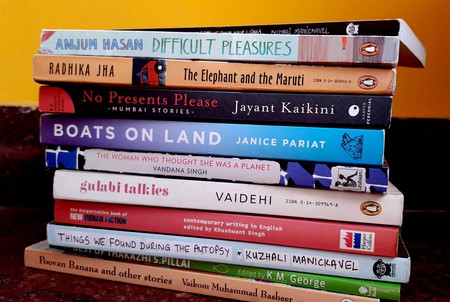 As writer Neil Gaiman once said, “short stories are tiny windows into other worlds and other minds and other dreams”. With a population of 1.2 billion and 29 states dotting the country, India’s cultural diversity can be glimpsed through these five short story collections by contemporary Indian authors.

This interlinked collection narrates episodes centred around Mohanaswamy, a man struggling to come to terms with his homosexuality within a homophobic society. It is a pioneering example of regional gay literature, originally written in Kannada by Karnataka-based writer Vasudhendra. He refers to the collection as his “rebirth” – a way of being “honest to myself and society.” Coincidentally, the book’s release date coincided with the Supreme Court’s decision to uphold Section 377 of the Indian Penal Code, which criminalises homosexuality.

In the collection, we follow Mohanaswamy as he is blackmailed over his sexuality in ‘Kashiveera’, and experiences his male lover marrying a woman in ‘Gordian Knot’. He struggles to navigate the world of online dating, where most app interfaces are written in English. Despite occasional inelegancies of translation, the emotional currents of the book make it a gripping, poignant read. 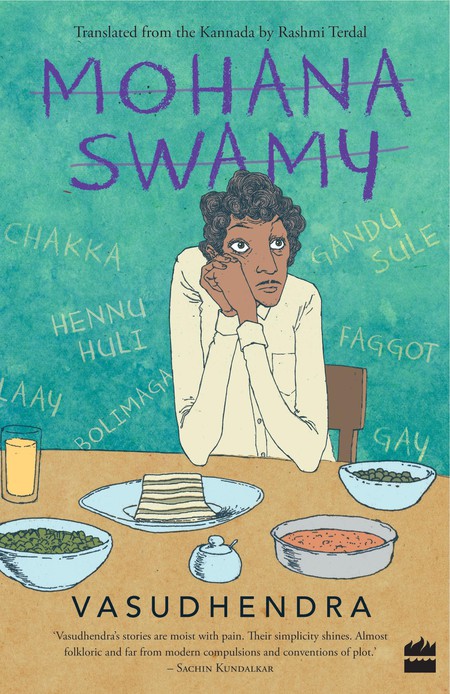 The Woman Who Thought She Was a Planet and Other Stories, Vandana Singh (2008)

Writing fiction is not Vandana Singh’s only vocation ­– she is also a professor of physics and earth sciences at Framingham State University, Massachusetts. Many of the stories in this book bear traces of these dual interests ­– most stories are set in contemporary India, and many contain science-fiction elements. In ‘The Tetrahedron,’ for example, a huge black tetrahedron appears mysteriously above a busy Delhi street.

Those intrigued by speculative fiction will also find a few short stories based on the genre. “Speculative fiction comes naturally to us Indians since we have a tendency to embroider, to propagate, to let the imagination run wild, and to argue incessantly,” Singh says in an interview.

‘Thirst,’ the most memorable story in the collection, narrates the tale of a woman who turns into a snake at the festival of Naag Panchami. The sensual language seamlessly navigates between the mythical framework and the quotidian desires of the female protagonist. 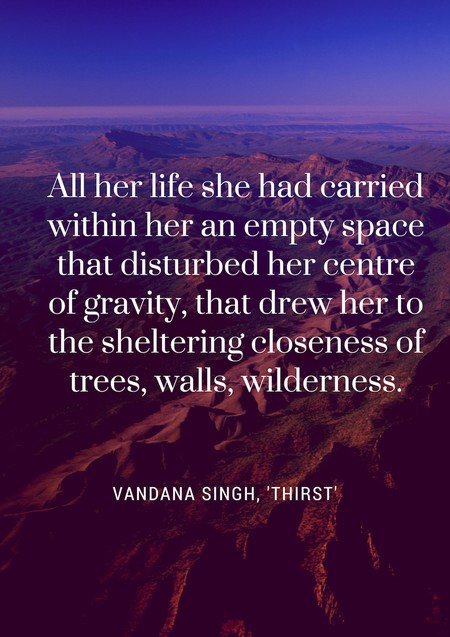 This debut collection comprises 15 stories moving chronologically from the 1850s to the present day. Most of the stories are set in the northeastern state of Meghalaya, among misty tea estates and Khasi communities.

With skillful deliberation, Pariat’s collection combines elements of folklore and magic with scenes of everyday life. As she explains in an interview, “Our landscape was marked by folktales – why’s the mountain shaped in a certain way, why the cock crows in the morning… with Boats on Land, I’ve taken these folk stories and interwoven them with the Shillong, Assam and Cherrapunji of today.”

In the first story of the collection, ‘Waterfall of Horses,’ folklore and reality sit side by side. A small village decides to curse the Englishmen that move into their community and terrorise the inhabitants, with terrifying results.

But Pariat’s collection also stands out in its evocation of adolescence. ‘Secret Corridors’ narrates the pains of fitting in at a convent school in Shillong. The title story of this collection, ‘Boats on Land,’ renders an intense, 10-day friendship between two teenage girls with lyrical intensity. The controlled lyricism, evocative landscapes, and nuanced characterisation all contribute to the mastery exhibited in these stories. 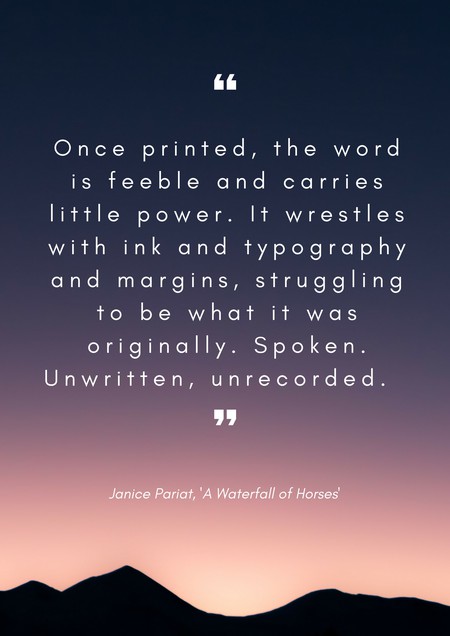 The Adivasi Will Not Dance, Hansda Sowvendra Shekhar (2017)

This deceptively low-key collection of stories is set in the “mineral-rich hinterland and ever-expanding, squalid town of Jharkhand”, a state in East India. Many of them detail the violence and discrimination levelled against the Santhal Adivasi tribal group.

“They sell the stones they mine from our earth in faraway places – Dilli, Noida, Punjab. What do we Santhals get in return? Tatters to wear. Barely enough food. Such diseases that we can’t breathe properly,” a displaced Adivasi explains in the book.

The collection has been banned in Jharkhand because it allegedly outrages the dignity of Santhal women, promoting ‘immoral’ and ‘pornographic’ images. The story that caused the loudest outcry is ‘November is the Month of Migrations,’ where a young Santhal woman is offered food in exchange for sex by a policeman, an indignity she endures for two cold bread pakoras and 50 rupees.

These stories are earthy, unsentimental portraits of people struggling against an oppressive system. They also offer a fascinating insight into a community that dominant literary narratives tend to bypass. 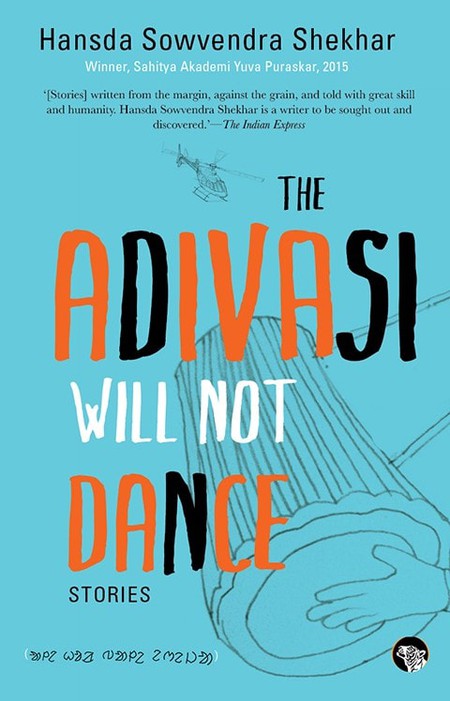 The Adivasi Will Not Dance | © Speaking Tiger

Swimmer Among the Stars, Kanishk Tharoor (2016)

In an interview, Kanishk Tharoor describes his view of history as “spread in an amazing process through various lines of traditions”. This book, spanning space and time in a collection of fabulist tales, illustrates this view. ‘Elephant at Sea’ is an erudite and enchanting story of an elephant travelling from Cochin to Morocco as a gift for the Princess. ‘Letters Home’ is a narrative of 10 fragments, each of which narrates a different journey, collectively evoking a palimpsest of real and imagined global geographies.

Another theme Tharoor is interested in is “what globalisation is doing to indigenousness and identity.” This is expressed through the poignant title story, ‘Swimmer Under the Stars,’ in which the last speaker of an unknown language is interviewed by ethnologists unable to reconstruct the dying language in its fullness and complexity. Tharoor himself has no such trouble with words, as this accomplished, multi-faceted collection illustrates. 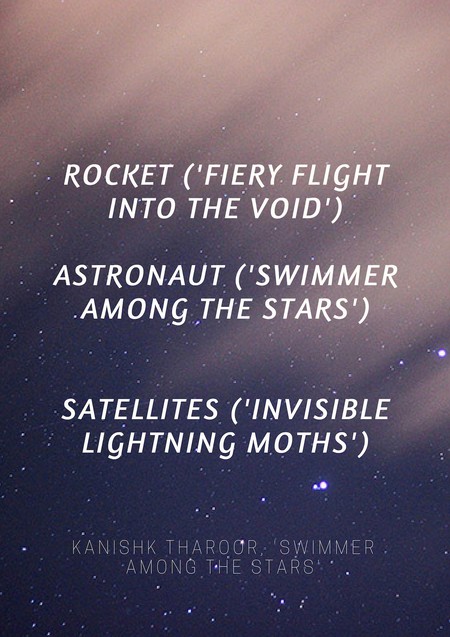 Kanishk Tharoor, 'Swimmer Among The Stars' | © Dani Redd / Culture Trip
Give us feedback