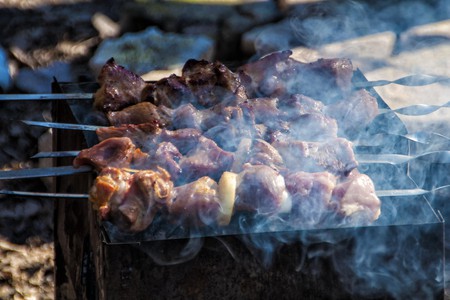 It is nothing new when we tell you that Lucknow has some of the best food. Much has been said about its famous restaurants all across the City Of Nawabs. Here, we will try to go a little offbeat and bring you some hidden spots in Lucknow that will show you more than ever that it is the ultimate Mughlai food paradise.

Even the breakfast of the Nawabs isn’t just a regular dish but rather the meticulously prepared nihari and its most popular accompaniment, the kulcha (a form of Indian bread). Be ready to be amazed by the crowds that are prepared to fight their way through, with all the patience and tehzeeb intact, just to grab a serving of Raheem’s epic nihari and kulcha. While the oldies swear by this legendary joint, the youngsters have also started to fall in love with Raheem’s place, which essentially is a very basic setup beyond the comfort of malls and the modern Ganj.

Right in the middle of the most bustling part of Lucknow, you can find the only two outlets of Awadh Biryani Corner, fondly abbreviated as ABC. It is indeed like the A-B-C for a non-veg lover in the city. It’s one of the most cost-effective and most filling portions of biryani that you will find. We recommend a shami kebab roll, or a boti kabab with parathas. ABC just doesn’t disappoint. 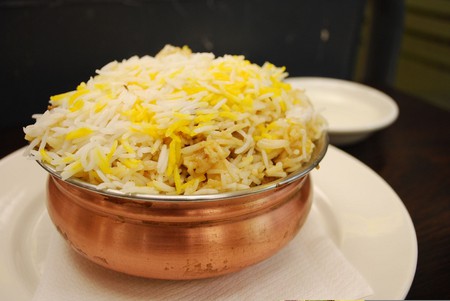 The word dastarkhwan literally translates to a big ceremonious dining spread, and true to its name, this restaurant has a wide menu covering all the traditional dishes that represent Mughlai food. They also have many more spots in the city, including a posh diner near Lalbagh. However, the best one to try for the ambience and the food is the one at Tulsi Cinema, right in Hazratganj. The chicken tikka masala is delicious, while the shami and galawati kebabs will show you why Lucknow is the world’s capital for kebabs. Easy on the pocket and extremely spicy, this is one place that oozes not only the flavors but also the aura of a typical Lakhnavi street-side food setup. 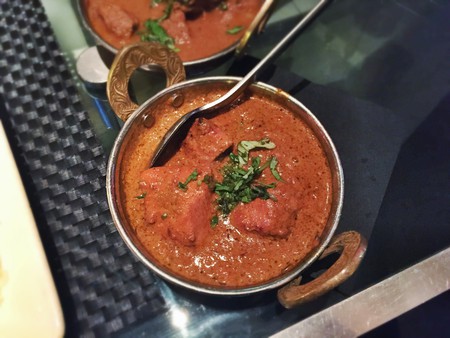 Hidden in the bylanes of Hazratganj, near the Oudh Gymkhana, is this kebab outlet, which also serves other amazing non-vegetarian dishes. This very small restaurant is known for having preserved the most authentic, old recipes that have made Mughlai food so famous for decades.

The Nawabs love biryani as much as they love kebabs and Idris is known to serve the best mutton biryani in the whole of Lucknow. The dingy setup in Old Lucknow may well be a deterrent for many to dine in this place but the real foodies who will go ahead and give Idris a try will realize why their biryani gets eaten in just a few minutes after it comes off the flame. Order it in your car or for take away, but do not miss the chance to savor the revered and richly flavored Idris mutton biryani.