The Most Obscure Airports In India

Airports are a major part of a country’s infrastructure, and they support the economy by enabling international commerce, encouraging tourism, and generating employment. If you take a moment to look beyond size and modernity, you’ll find some Indian airports that stand out for their own unique charms.

At an altitude of 3,256 meters above sea level, this is the eighteenth highest commercial airport in the world. Previously operated by the Indian Air Force, this airport is named after the statesman and monk, 19th Kushok Bakula Rinpoche. The Airports Authority of India took over as of February 2016, with a view to expand the airport for civilian purposes. Flights can only operate in the morning due to the presence of strong mountain winds in the afternoons.

Located 32 kilometers from Azawi, the capital of Mizoram, Lengpui is a tabletop airport, meaning that the 2,500-meter-long runway lies on top of a plateau, with either end hanging over deep gorges. This creates an optical illusion that requires extra precision when landing. There are only two other such airports in the country: Mangalore and Kozhikode.

This 4,000-foot stretch of runway is the only airstrip in the union territory of Lakshadweep, a group of islands off the southwestern coast of the country. Ensconced by the Indian Ocean, this little airport can handle a maximum of 50 passengers at a time. It is serviced solely by Air India, which operates flights from Kochi and Bengaluru.

This tiny airport is located 22 kilometers from the popular tourist destination of Shimla. It has just enough space to hold two small aircraft at a time. The now defunct Kingfisher Airlines was previously the sole carrier to operate flights to and from Jubbarhatti. The airport was revived in November 2015 after lying unused for over three years due to safety issues caused by soil erosion that had shrunk the runway.

CSIA is India’s first airport to house a museum, following the likes of France’s Toulouse Airport and Espace Musees. However, Jaye He far surpasses all other airport museums in scale and ambition, what with nearly 7,000 artifacts, a three-kilometer-long art wall, and works by over 1,500 eminent artists and traditional craftsmen. The museum showcases both invaluable historic pieces as well as new works. Located in the bustling international Terminal 2, Jaye He is arguably the most visited museum in the world. 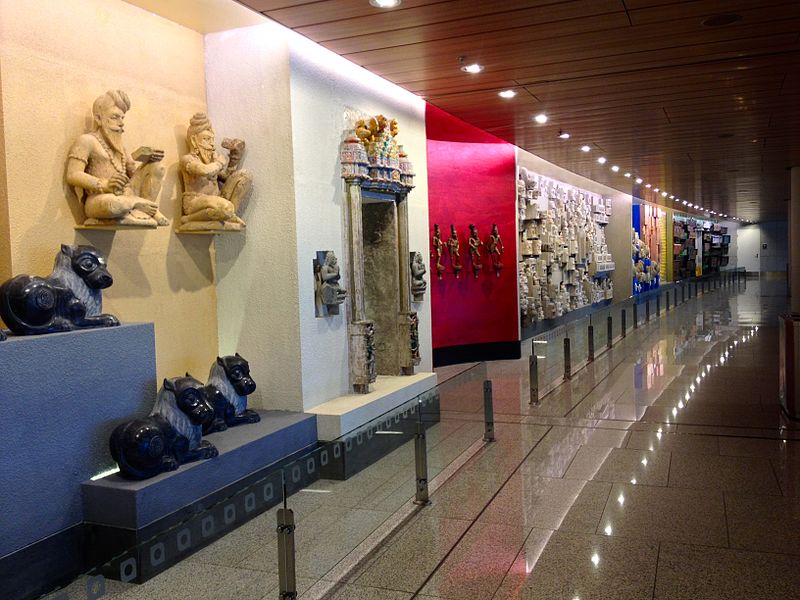 Some of the exhibits at Jaye He | © Trinidade | WikiCommons