5 Indian Women Poets You Should Know About

The Indian literature landscape has never been shaped equally by both genders, with the male perspective dominating. However, these women poets from India broke the mold and blazed a trail, leaving an indelible mark on Indian literature. Read below to discover these amazing women.

Often referred to as the Keats of Indo-English literature, Toru Dutt was the first Indian poetess to write in English. Born in Rambagan in 1856, Toru Dutt mastered French during her short stay abroad in the 1870s. Her best work remains A Sheaf Gleaned in French Fields, published in 1876. Her poems, full of lyricism, remain a great indicator of promise, of what she could have gone on to achieve. She died when she was a little more than 21 years old. Though she focused on translating poems from French and Indian to English, her accomplishment remains in how sensitively she kept the essence of the original language intact.

Freedom-fighter, educationist and activist, Mahadevi Varma is one of India’s most prolific women poets. She was one of four founders of the Chhayavaad movement – a distinct wave of romanticism in Hindi poetry. She was the first woman to be granted India’s highest literary award for lifetime achievement, the Sahitya Akademi Fellowship, in 1979. She was also honored with the Padma Bhushan in 1956, one of India’s highest civilian honors. Her work underlines the distress of the times she wrote in, and often alludes to women’s issues. Known for its lyrical quality and intellectualism, her work covers five volumes and appears in many compilations.

Known as the ‘Nightingale Of India,’ Sarojini Naidu was a freedom-fighter, orator, administrator and poetess. Though she is equally well-known for leading many efforts for the freedom struggle, poetry remained her first passion. Encouraged by her father at young age, her first work was a poem that was 1300 lines long. When this was presented to the then Nizam of Hyderabad, he was so impressed that she was soon off to study at King’s College on a scholarship from the Nizam’s own school. Her works in English had a distinctly Indian soul. She rose to recognition when her collection of poems, The Golden Threshold, was published in 1905. She followed this with two more collections – The Wizard Mask and A Treasury of Poems. 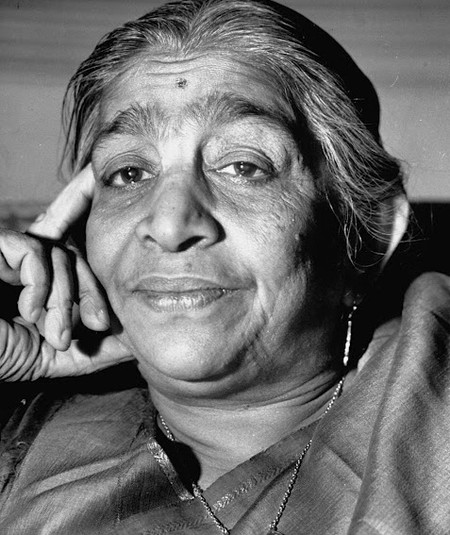 Also known by her pen names, Madhavidas and Kamala Das, Kamala Suryya wrote majorly in English and is known for her hard-hitting and powerful treatment of female sexuality. Her books of poetry, Summer In Calcutta and The Descendants were unique, honest works known for their explicit words and directness regarding sexuality. Not many are aware that she was was shortlisted for the Nobel Prize for Literature in 1984. Considered to be the mother of modern Indian poetry by some, hers is one of the handful of works that speaks honestly about women and their sexual desires. 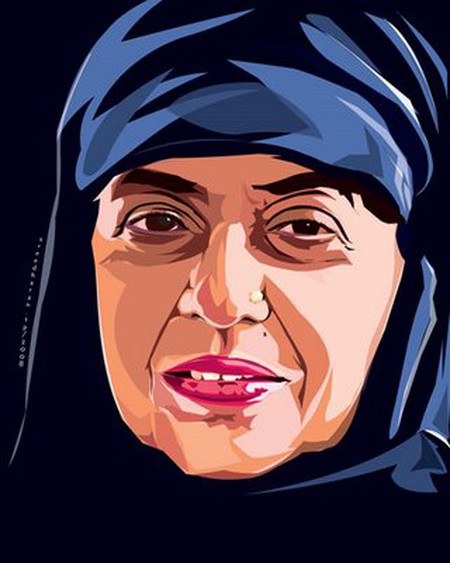 Poet, novelist and essayist, Amrita Pritam was one of the leading voices of poetry in the 20th century and is considered the first prominent Punjabi woman poet. In 1956, she became the first woman to win the coveted Sahitya Akademi Award for her work Sunehe (messages). She later went on to win the Padma Shri award in 1969 and the Padma Vibhushan award in 2004, followed by India’s highest literary award – the Sahitya Akademi Fellowship in the same year. She is best-known for her evocative and deeply telling accounts of the aftermath of the India-Pakistan partition in the region of Punjab. Through her works, she stood up for oppressed women and passed telling commentaries on the social structure of her time. A rebel at heart, Amrita Pritam remains an inspiration to poets and women all around the country.