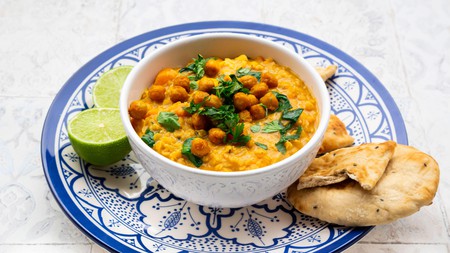 Have you hoarded dry beans and lentils and don’t know what to do with them? Try using them in these five easy, age-old Indian recipes.

Queer Eye’s Tan France recently took to Instagram to teach his fans how to make his family’s dal recipe. Taking a cue from Tan, Culture Trip is here to show you how to cook dry beans and lentils in five easy and delicious Indian recipes.

Being able to turn dry legumes into a culinary masterpiece is a great skill to have, and one that will stay useful even after the Covid-19 pandemic is over. Just remember that legumes (like rice) always need to be washed to remove surface starch. While being quite bland by themselves, they will take on the flavour of whatever you cook them in (similar to tofu).

So, without further ado, as Tan wrote, “Hoarded lentils and don’t know what to do with them? I gotchu.”

Dal is a staple Indian dish, and evidence suggests that people were growing and cooking lentils as far back as the Bronze Age, during the Indus Valley Civilisation. We’re giving Tan credit for this version, though, because every family tweaks theirs, and this is his family’s way. Tarka simply refers to spices added to either oil or ghee (Tan’s family uses garlic in butter) and is a technique widely used in Indian cooking. Try the recipe on Tastemade, which will go best with some basmati rice. 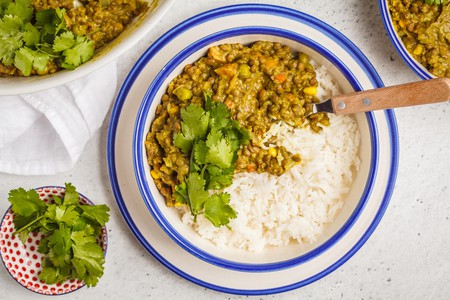 Rajma is a north Indian speciality made with red kidney beans, which can be bought dry or pre-soaked. If you’ve purchased the dry variety, you’ll have to let them soak for a few hours. Leaving them overnight, however, is best. A steaming bowl of rajma chawal (rice) is so warming that we’ll even go as far as to say that rajma is to Indian food what mac n’ cheese is to American food: a classic comfort dish that helps fix all woes for a bit. Veg Recipes of India has a great step-by-step recipe. 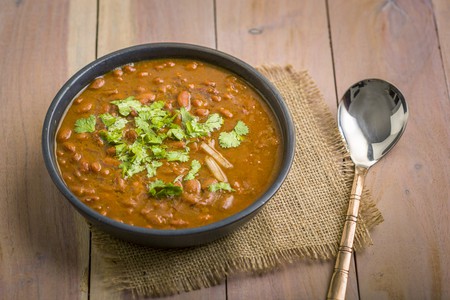 In India, chickpeas are most widely used in chana masala (chickpea curry). This dish includes all the MVPs of Indian cuisine: turmeric, ginger, coriander and garam masala. It’s a popular street snack usually eaten with bhature (fried bread) – India’s street-side vendors make some of the best. However, at home, you can pair it with rice. Try this easy recipe from BBC Good Food and let a home-cooked chana masala virtually transport you to the streets of India’s capital city, New Delhi – until we can pack our bags and go there physically. 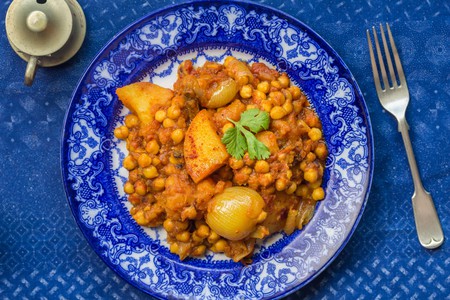 Khichdi is like pineapple on pizza – you either love it or hate it. It’s similar to dal and rice, which everyone seems to love, so perhaps the hate comes from the fact that khichdi is easy on the stomach and is usually the first thing people choose to eat after a bout of food poisoning. It’s also one of the first solid foods that Indian babies are allowed to eat. Keeping these points in mind, remember the golden rule of khichdi – the mushier, the better. You can add veggies like carrots or cauliflower, but Bon Appétit’s version of this one-pot wonder made with just red chilli and peppercorn is a favourite. 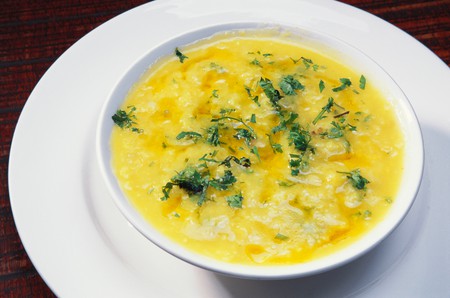 Popular British chef Ella Mills of Deliciously Ella started creating vegan recipes using whole foods after she was diagnosed with a health condition that affected her digestion in her early 20s. She has a penchant for curries and dals and often puts her own twist on South Asian specialities. Here, she combines two of India’s most indispensable ingredients (turmeric and lentils) to create a coconut-milk-based soup we can’t get enough of. 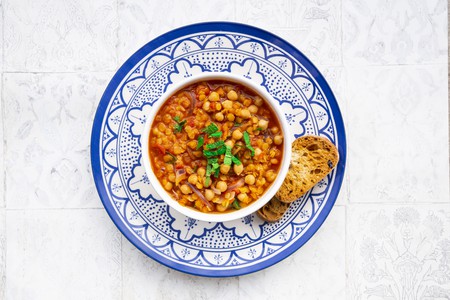 If you’re still not convinced and cooking with dry legumes isn’t your thing, perk up your regular baked beans by making masala baked beans on toast. This dish is more of a British obsession than an Indian one, but some chutney and green chilli bring cultures together in vegan chef Meera Sodha’s cheap and cheerful recipe.