30 Years On: A reflection on India’s Bhopal Disaster 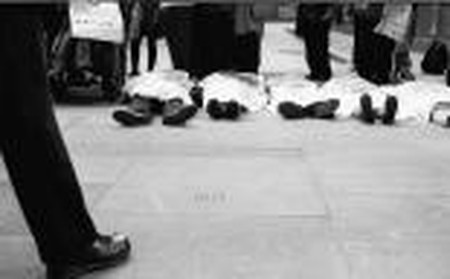 In December 1984, India experienced what is still considered the worst industrial disaster in history. A gas leak in the middle of the night at the Union Carbide India Limited was responsible for killing thousands of workers and residents in the nearby towns. Thirty years after the disaster, Conrad Birch visits the site and reflects on its meaning. 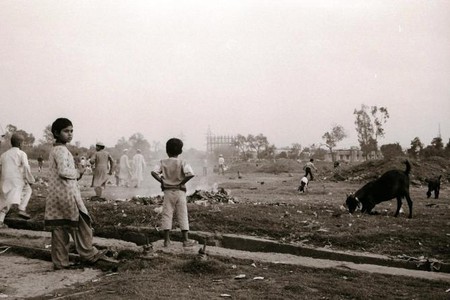 I have seen many sad sights: many of the starving, many of the beggars, many of the cripples and many of the discriminated on the many streets of Indian cities. India has a countless and unfair collection of all four without including the numerous invisible, the countless abandoned and the various collections of vagrants. And then at midnight on December 3, 1984 another 120,000 were brought into the fold. The gases of Union Carbide exploded. Just one gulp of this toxic poison stabs at the heart, blisters the lungs, eats at the kidneys and burns into the eyes. Just one gulp. The moon still shone, now with a smoky darkened breath. The sticky gas ripped into her hospitals, hotels, municipal building, schools, your house, my house, and then, without a thought, into the shantytown. 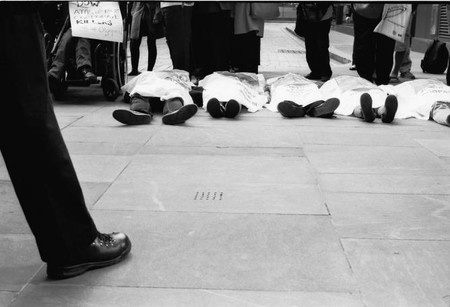 Within minutes of the explosion they knew they were dying; within hours they were dead. When the sun rose the next morning, 15,000 corpses lay scattered on Bhopal’s streets. And then the surveyors, as they came back into town, raked over the bodies until they could identify their own children or parents. Those left alive were doomed, their children were doomed and now their grandchildren are doomed. That night India’s cursed grew, added to her deprived at a rate never experienced before. A night’s work of extravagant suffering. 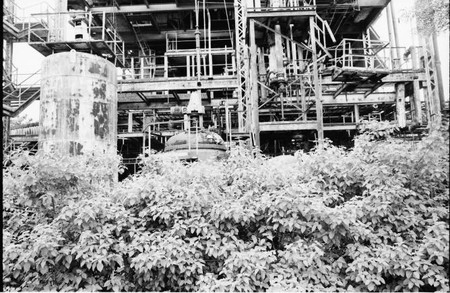 Looking across Bhopal at dawn the landscape had changed, humanity had not. All those who suffer pitiable karma on that night become street scrounger stand still 30 years on another 120,000 souls have continued the suffering. The passions have not changed even if the source of money has looked another way. The disaster money has layered the pile of those who have higher piles rather than those who have no pile. Money was there once to build this mighty impressive chemical facility. Money for a shanty town; money for sweeteners and backhanders; money for privilege; money for officials; money for governments and girls; money to turn a blind eye; money to dance a merry tune. Five past midnight on December 3, 1984 as the dark haunting poison settled on Bhopal and Union Carbide climbed into a helicopter, the victims on the ground were to find, in the cold light of day, the money had abruptly stopped and they, the victims, were the cannon fodder of a battle lost. 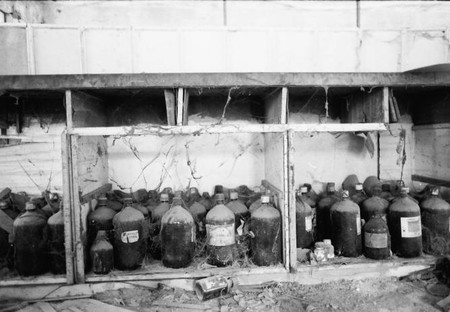 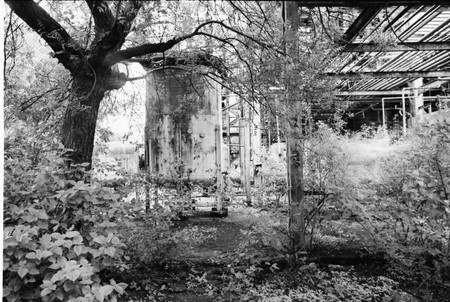 And then we come forward 30 years, when little has changed at the factory or for the victims. A high, intimidating cut glass brick wall surrounds the dead factory. Inside the 77 acres once busy with workers lies the biggest snake pit in the world. Lush green jungle has encroached upon everything within the wall. Cobra’s and vipers live at peace in this near city center snake heaven, a heaven even my guide would not dare to hack across to find, inside the jungle, the ruins of a giant industrial plant. If it is not the snakes that get you, it is the predictable and inescapable Indian snarling mongrel dogs, hunting the jungle like tigers. Still sharing the jungle with the snakes and the dogs is the original inhabitants. If I had not known the story, it could have been an ‘Indian Jones’ film set. All 60 tons of methyl isocyanate is ‘preserved’ in decaying tombs leaching into the ground and into the air. Go too close, and the fumes bite into your skin. Go even closer and you risk a stay in hospital. Afterwards I was advised to scrub myself clean. I did not need the advice; I could smell my skin. I am not sure I can be clean having seen such stark-naked greed and lack of humanity.

Thirty years on there has been no clean up. No attempt to put a stop to the leaching of the chemicals into the soil, into the water supply. The once abundant money to make money has dried up. Cleaning the water supply for the poor and suffering has no value, no return on capital. The greenback, paid in settlement by Union Carbide to abruptly halt a string of slow ticking court cases, without accepting any liability, is money the Indian Government has invested in nuclear warheads and a space program. Some money has been allowed to drift down from New Delhi to pay lip service and fund ineffective hospitals and clinics. In 1994 government research into the consequences of exposure was abruptly terminated. In 2000 the chief minister declared ‘city residents are no longer suffering.’ 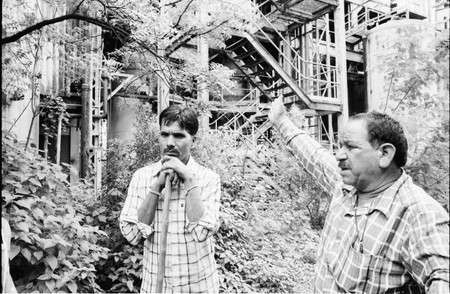 Enough! Enough! Enough! Shouted the ministers in New Delhi when New Delhi wants closure, Bhopal wants to forget, and another generation is doomed. However through this haze independent charities such as the Bhopal Medical Appeal make sizable grants to the Sambhavna Trust and the Chingari Rehabilitation Centre, working because there is compassion by ordinary people for ordinary people; an empathy humanity has with the fallen of Bhopal. Raising funds and running clinics, theses ordinary people bark and roar with action for action, move heaven and earth and give back. Bhopal was once an indifferent unknown Indian city. Bhopal now has notoriety; a city on a world stage and it should use its acquired title of ‘home to the world’s worst industrial disaster’ to shout and scream and become the inspiration for the World to be better protected, and even be the messenger to eliminate hazardous chemicals from our lives. Be warned there are many slow burning Bhopal’s around the globe, none more so than in the developing world. 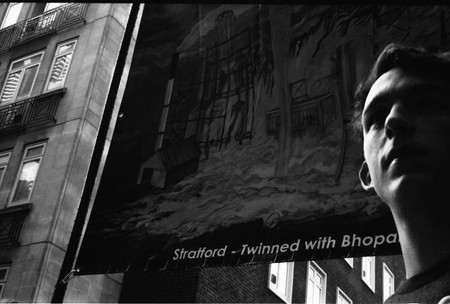 Bhopal should have been a momentous event in the history of modern industry. It was not. Unlike Chernobyl, Long Island, Japan’s tsunami impact on Fukushima Daiichi Nuclear Power Plant, the BP Gulf of Mexico disaster, or even the compensation for asbestos victims, Bhopal lessons have not been learnt. It is as if the world has not heard of the Bhopal disaster. When the poor suffer no one listens, only a few care. If politicians are dishonest and corrupt then how can anything change? Thank God for the few.