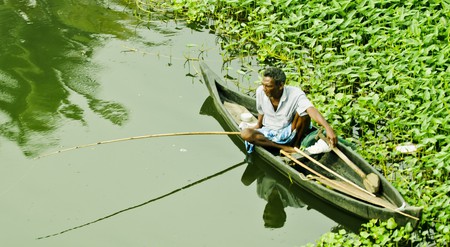 While the lush green hills of Munnar and the serene beaches of Kovalam paint colourful pictures of the popular image of Kerala, there are several other lesser known attractions that add equal charm to the state. As the conventional destinations clutter up with tourists, become a traveller in the real sense and get an insight into the raw Kerala of yore through these offbeat must-visit attractions.

Located atop the hills of Ramakkalmedu hill station in idukki, the statue of Kuruvan and Kurathi was completed in 2005 by the famous architect from Balaramapuram, C B Jinan. The statues honour the historical characters after whom the hills, between which the Idukki Dam was built, were named. As per history, Kolumban, the head of ‘Oorali’ race in 1922, showed the way to the spot of the present Arch Dam to the Malankara Estate Superintendent W J John and his friend A C Thomas Edattu and told them about the legend of Kuravan and Kurathi Hills. 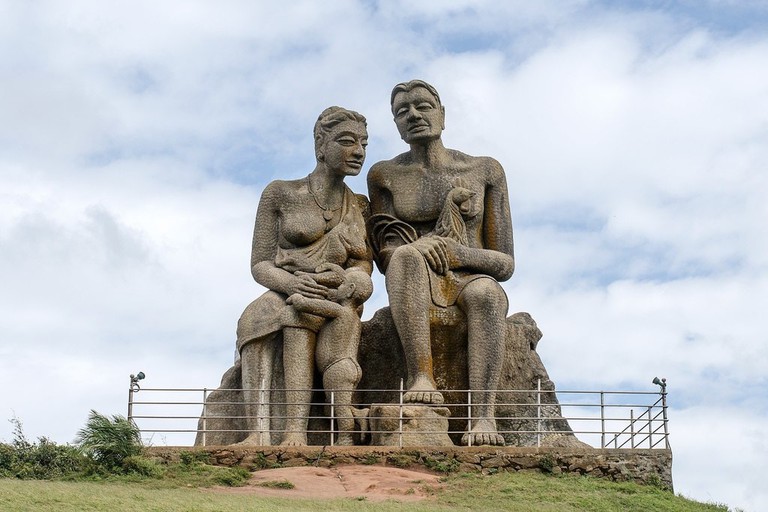 The largest fort in Kerala, situated at Bekal Village in Kasaragod district, Bekal Fort spreads across 40 acres (160,000 square metres). The Fort appears to have been built up from the sea since almost three fourths of its exterior is drenched by the waves continually stroking the citadel. Bekal served as a nucleus in establishing the dominance of the Nayakas in Malabar. Bekal Beach is lit up night and people flock in large numbers after sunset as well. 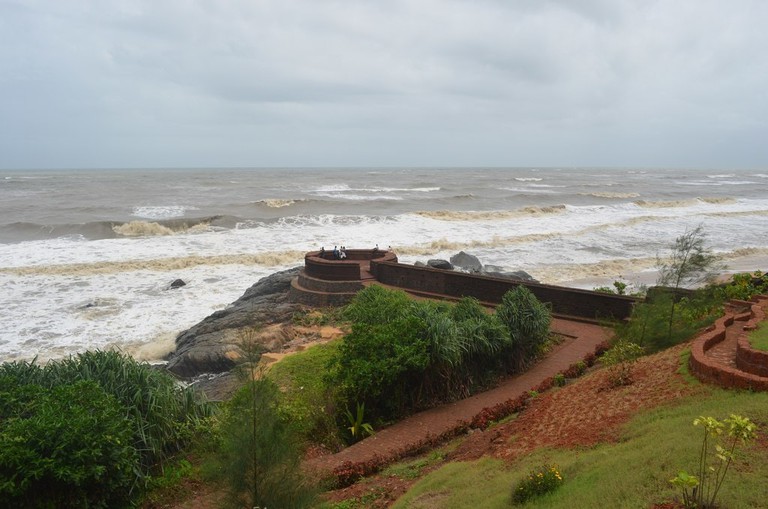 Once a fort and palace of the local ruler, Punnathur Kotta palace grounds in Thrissur district now house elephants belonging to the Guruvayoor Temple. It has been renamed Punnathur Anakkotta which translates to ‘Elephant Fort’. The compound has a traditional rectangular house – naalu kettu – which currently houses a training school for Mahouts. This facility is also used to train the elephants to serve Lord Krishna as well as to participate in many festivals that occur throughout the year. 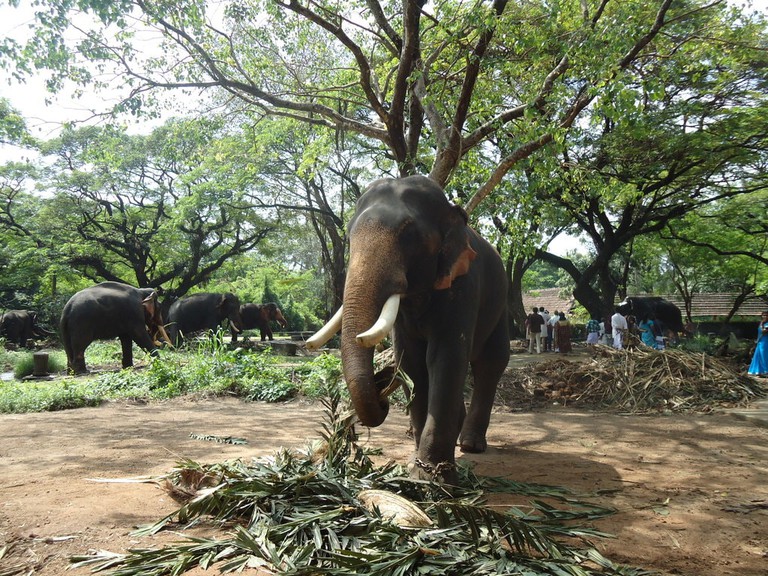 Built in Kodungallur in Thrissur district, by Malik Bin Deenar, an Arab propagator of Islam, in 629 AD, Cheraman Juma Masjid is the first mosque in India. It is believed that the Chera king, Cheraman Perumal went to Arabia, embraced Islam, and changed his name to Tajuiddin. He died while returning, in Dhufar, Oman. From there he had sent letters with Malik Ibn Dinar to his relatives in Kerala, asking them to be courteous to the latter. 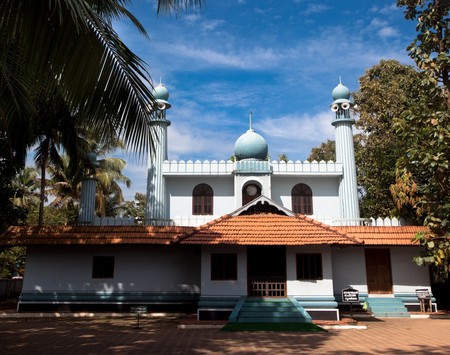 Bathery Jain Temple, situated in Kidanganad, Sulthan Bathery in Wayanad district, is one of the most important Jain temples in Kerala. It is believed to have been built in the 13th century and its design is strongly influenced by the architectural style of the then reigning Vijayanagar Dynasty. In the 18th century, the temple was invaded and used by Tipu Sultan as an ammunition store or battery of Sultan’s army. Sultan Bathery, the name of the town, is derived from that use. 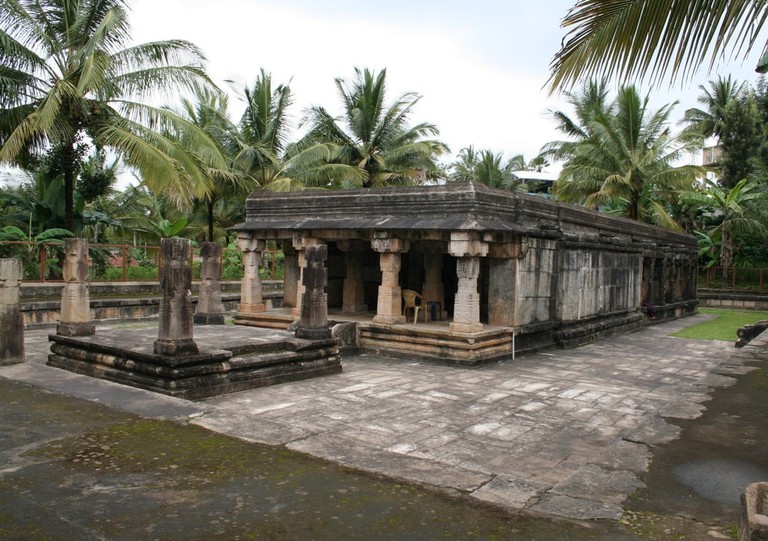 Originating from the upper reaches of the Western Ghats at the entrance of the Sholayar ranges and falling into the Chalakudy River, Athirapally Falls in Thrissur district is the largest waterfall in Kerala. The falls are surrounded by dense Shola forests and are home to many endangered and endemic species of flora and fauna. 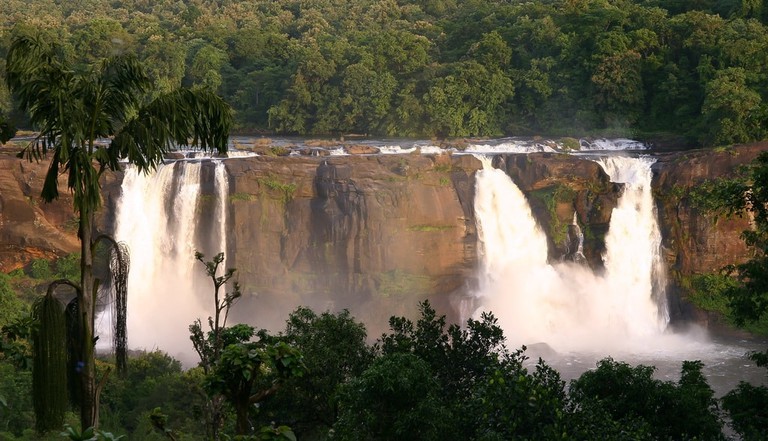 Athirappally Falls is nicknamed ‘The Niagara of India’ | © Pranchiyettan/Wikimedia Commons

The Maharaja of Travancore, Chithira Thirunal Balarama Varma – an ardent nature lover, took the first official step towards conservation of wildlife and biodiversity in Kerala, by declaring the forests around the Periyar lake as a private game reserve in 1934. Later, in 1950, after the political integration of Kerala, it was consolidated as Periyar National Park. 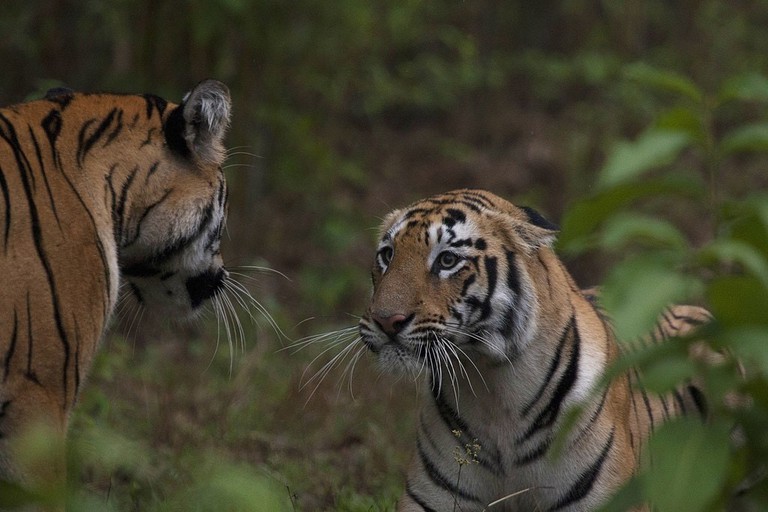 Kuttanad, or the ‘Rice Bowl of Kerala’, is the region covering areas in Alappuzha and Kotayyam districts. It is one of the few regions in the world where farming is carried out up to three metres (10 feet) below sea level. It is also famous for the annual boat race – Vallamkali, conducted on Punnamada backwaters. 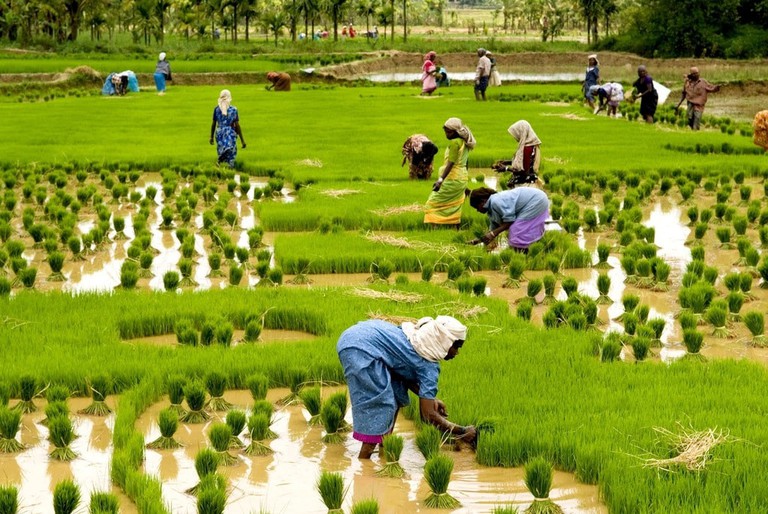 Located on the west coast of Kerala in Thrissur district, St Thomas Church was established by St Thomas, one of the twelve apostles of Jesus Christ, in 52 CE and is one of the oldest churches in India. Of the seven churches originally established by St Thomas only three could claim continuity, while the remaining four churches have undergone several changes in their locations. The church is also called an Apostle Church credited to Apostle St Thomas who preached and also started conversion of people to Christianity here. 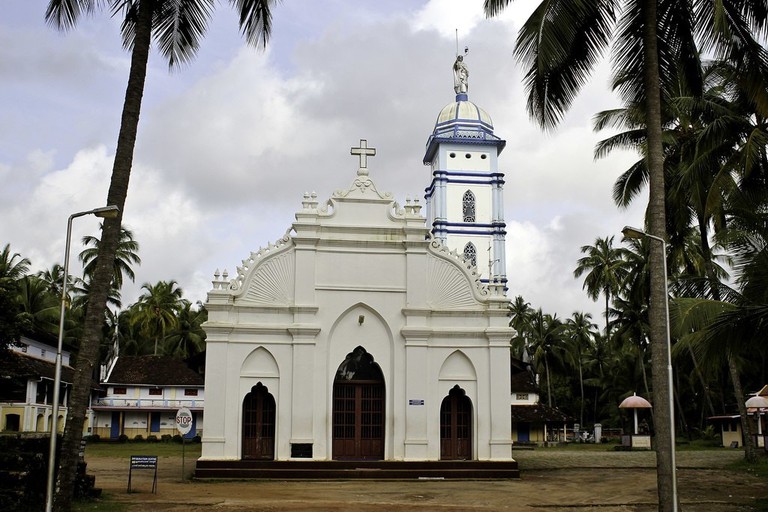 Located in the village of Kotthukkal, near Anchal in Kollam district, Kottukkal Cave Temple is an example of rock-cut architecture, estimated to be built between 6th and 8th centuries CE. The cave temples are carved out of a gigantic piece of rock lying in the middle of a paddy field. The name Kothukal meaning – carved rock – in the local language refers to the rock cut shrine, which forms the main temple diety. 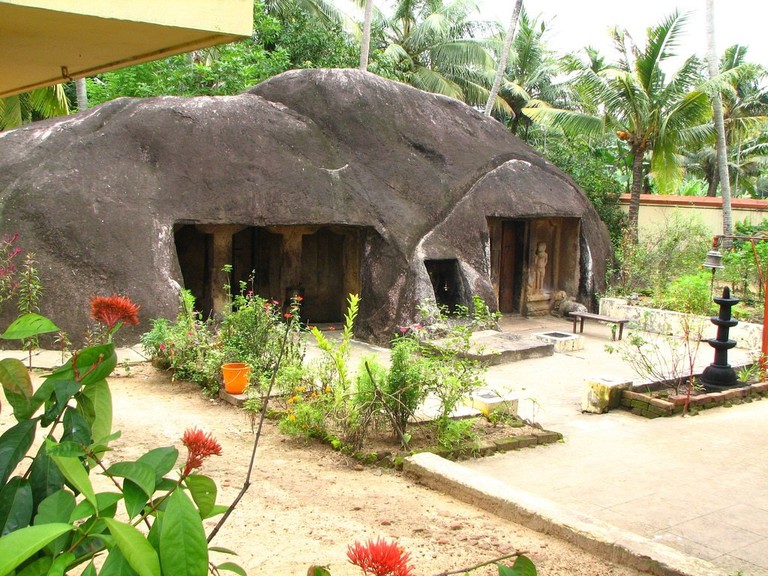 According to local traditions, the big rock was brought to the area by the incarnations of Shiva including Nandi | © Sugeesh/Wikimedia Commons

Vagamon is an enchanting hill station situated at 1,100 metres above sea level on the Idukki-Kottayam border. The landscape is mostly bald hills with green meadows, and is dotted with pine forests, tea gardens, and waterfalls with some of the most mesmerising viewpoints in the state. Three hills – Thangal, Murugan, and Kurisumala – represent the major religions, Islam, Hinduism, Christianity respectively and the naming of these hills in this manner is a testament to the cultural and religious harmony prevalent in Vagamon. 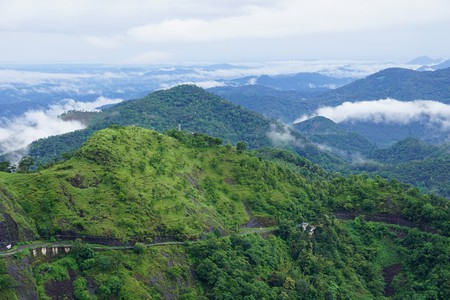 Mattancherry was once a bustling centre of trade during the 1600s. Invasions, migrations, and trade left permanent impressions in the social culture, traditions and history, art and architecture of the place, converting it into an amalgamation of ethnicities who flourished in harmony under the benevolent erstwhile kings of Kochi. Many communities like Jews, Anglo-Indian, Konkanis, Gujaratis, Jains, and Marathis have made Mattancherry their home. 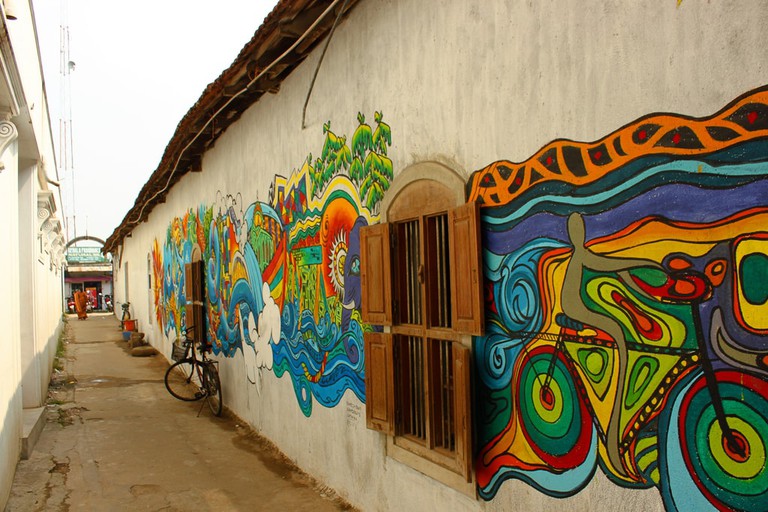 A hub of art and art lovers, beautiful mural art and graffiti are common sights on the walls of buildings in Mattancherry | © Elroy Serrao/Flikr

Papanasam beach more popularly known as Varkala beach. The unique geological feature of sedimentary cliffs known as Varkala Formation found adjacent to the Arabian Sea in southern Kerala made Varkala Beach a magnet for tourists from all over the world. It is also famous for its 2,000 year old Janardana Swami Temple and is often referred to as Dakshin Kashi (Varanasi of the South). 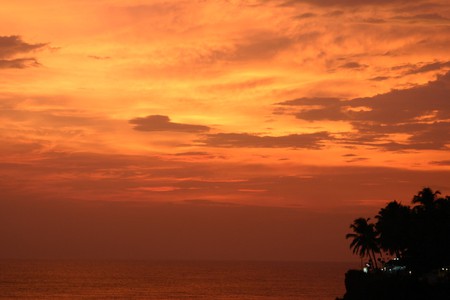 The Umbrella Stones in Ariyannur are a set of six mushroom or umbrella stones, locally called Kodakkallu (translating to Umbrella Stone), which are recognised as a centrally protected ancient monument. They are considered to be megalithic burial sites belonging to a prehistoric period. This location would give an impression that the stone structures were erected over an urn burial. 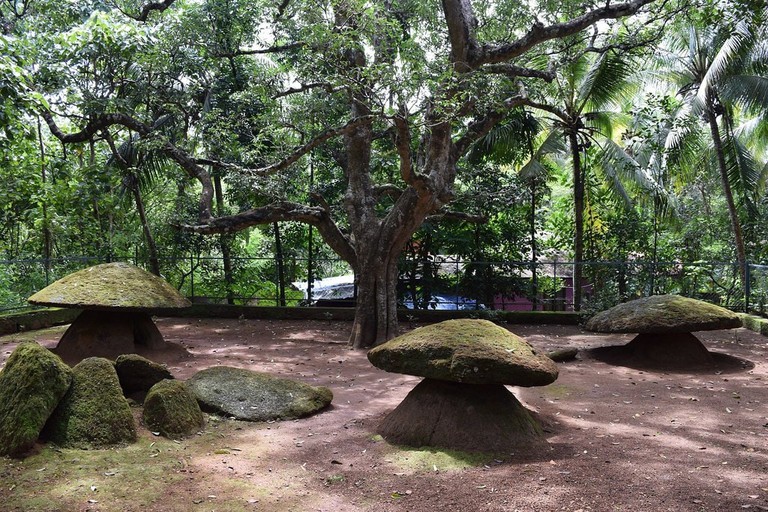 There are four umbrellas out of six that now remain intact, while the other two are partly in broken condition | © Ranjith Siji/Wikimedia Commons 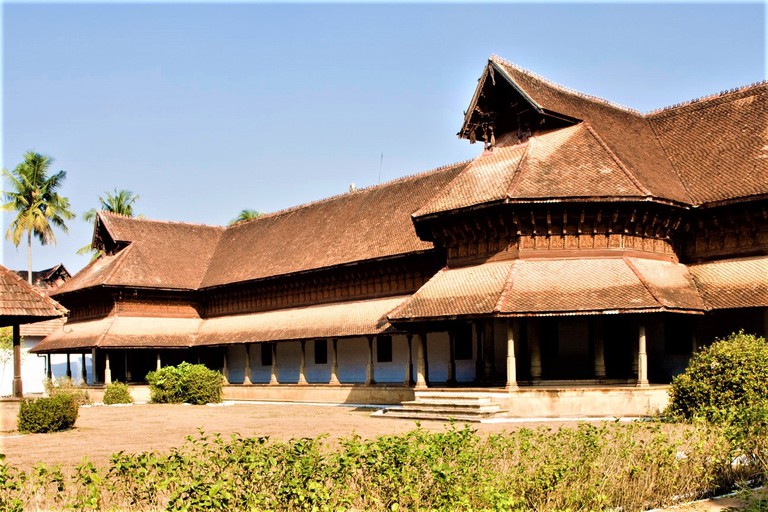 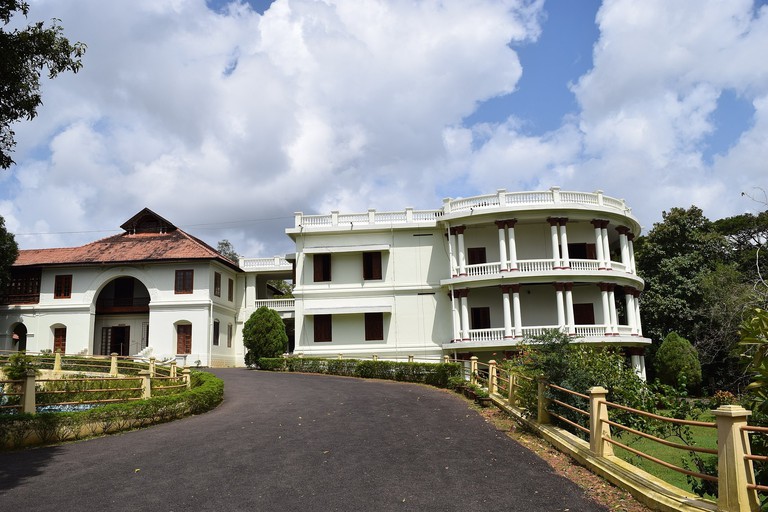 Hill Palace Museum is the largest archaeological museum in Kerala | © Ranjithsiji / WikiCommons
The official residence of the erstwhile rulers of Kochi, built in 1865, is now famous as Kerala’s first ever heritage museum. The Hill Palace Museum complex itself comprises 49 buildings and has an archaeological museum, a heritage museum, a deer park, and a children’s park. The campus is also home for several rare species of medicinal plants.

Kumarakom village is a cluster of islands on the Vembanad Lake, and is part of the Kuttanad region. This is a paradise for ornithologists or bird enthusiasts as the 14 acre bird sanctuary located here is a favourite habitat of resident birds like, Egrets, Darters, Herons, Teals, Waterfowls, and migratory birds like the Siberian Stork visit here in flocks. 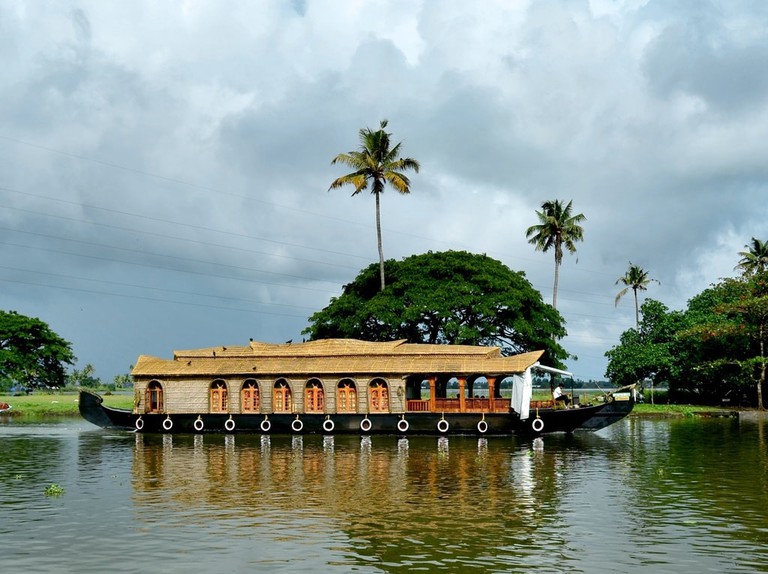 A trip to Edakkal Caves is a journey to the prehistoric past. Located 25km (15.5 mi) from Kalpetta in Wayanad district, at 1200m (3900ft) above sea level, the caves house petroglyphs believed to be at least 8,000 years old, indicating the presence of prehistoric settlements in this region. The petroglyphs are of human and animal figures, tools used by humans, and certain other symbols which are yet to be deciphered. 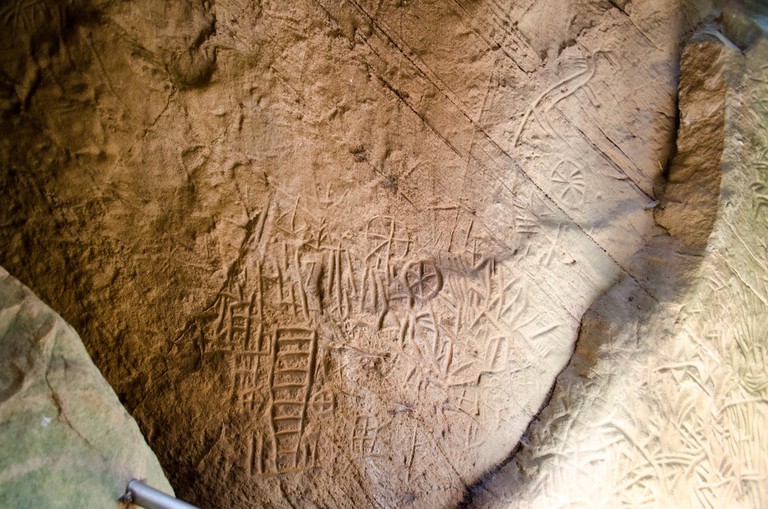 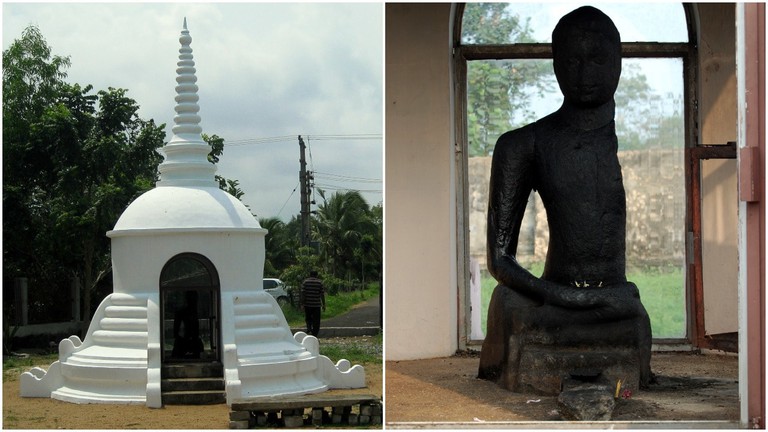 Karumady Kuttan Stupa (left | © Sanandkarun/Wikimedia Commons). Karumady Kuttan shrine (right | © Challiyan/Wikimedia Commons). The left half of the statue is believed to be destroyed by an elephant
Karumadi Kuttan is the endearing name of the Buddha statue found at Karumady in Alappuzha and literally means boy from Karumady. The three feet tall, black granite statue is believed to be as old as 9th century CE. The statue, now protected by the Kerala government, is placed in a stupa.

Ponmudi, which translates to ‘Golden Peak’, is weekend getaway for locals in the capital city. Situated at 945 metres above sea level, it is a part of the Western Ghats mountain range and runs parallel to the Arabian Sea. The drive or ride to the top is thrilling as you have to navigate 22 hairpin turns. Ponmudi is also popular for trekking, camping, and other adventure activities. 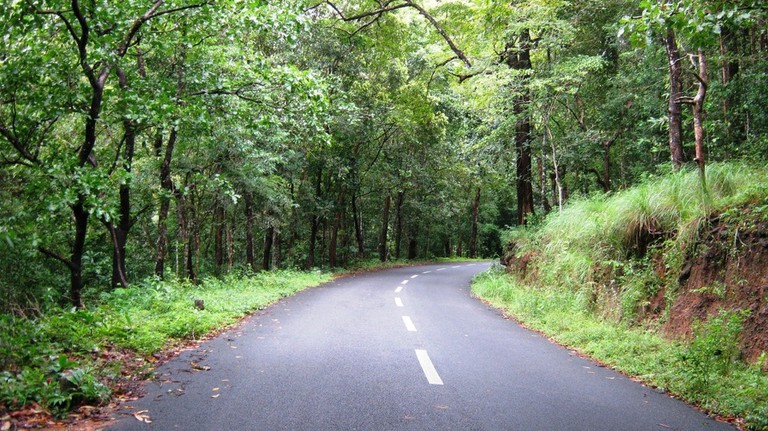