Hindi Movies to Watch Before You Visit Jaipur 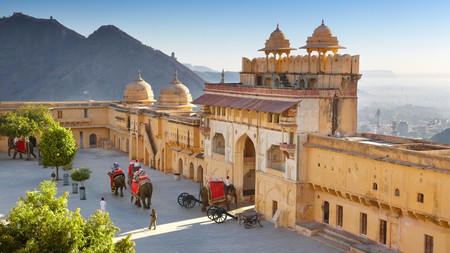 If you’re travelling through Rajasthan, Jaipur is a must-visit destination, home to the opulent City Palace, Amer Fort and mesmerising architecture of the Hawa Mahal. The Pink City is also filled with handicraft shops and rustic restaurants, serving North Indian culinary delights. Watch one of these Hindi films to catch a glimpse of the city in all its splendour before visiting.

Sanjay Leela Bhansali is known for his larger-than-life sets and use of bright colours, but Jaipur’s natural beauty still remains a large part of this movie. The beautiful song Mohe Rang Do Laal, which is a tribute to Mohe Panghat Pe from the epic film Mughal-e-Aazam (1960), was shot at the Amer Fort in Jaipur and is the most aesthetically pleasing performance in the movie. 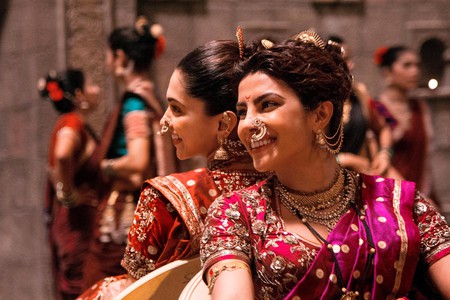 The saving grace of this film, which tries to be modern but ends up rather confused, is the scenic beauty and gorgeous locales of the city — especially in the song Gulabi, where places like Jalmahal Palace, Hawa Mahal, Raj Mandir, Nahargarh Fort and the vibrant streets of Jaipur are shown in their full glory.

While you might already be humming songs from this film (like Yeh Dilli hai mere yaar), this film isn’t where you think it is; the terrace that looks out at the lovely streets of Chandni Chowk is actually located at Sambhar, near Jaipur. To hide this fact, they were replaced with images of Delhi in post production.

This film stars Anil Kapoor and Sridevi. Anil Kapoor’s haveli (traditional Indian townhouse) in this film is actually the Rambagh Palace in Jaipur, and the famous song Mohe Chedo Na Nand ke was shot at the beautiful Kanak Vrindavan, which is a mesmerising garden that resembles the palace of Vrindavan.

Priyadarshan’s only comedy-horror was a huge hit and was shot at the Chomu Palace in Jaipur. This 300 year old, elegant palace is an authentic, historic building that provides a hauntingly beautiful setting for the film. It was designed using the traditional Vastu Shastra philosophy, creating an aesthetically pleasing combination of geometric lines and shapes. It’s now a hotel and a popular wedding venue.

When the wild Sonam Kapoor visits the Maharaja of ‘Suraj Garh Palace’ with the handsome prince Fawad Khan in this film, they used the Amer Fort of Jaipur as the setting. The Ganesh Gate can be seen in the background when these two converse with the Maharaja. Built in the early 17th century, the vibrant colours were made from local plants and are still intact to this day.

Not only did this film count Abhishek Bachchan among its star cast, but almost half the movie was shot in Jaipur. The peppy romantic song Chalao Na Naino se Baan re was shot at Chokhi Dhani, a village resort in Jaipur, while other songs and scenes were shot at Amer Fort, Chomu Placae and Narain Niwas. 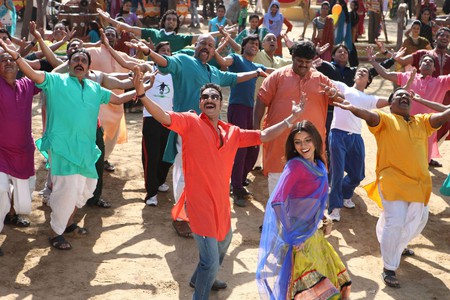 Many scenes from the hit Abbas-Mastan thriller Ajnabee, which stars the beautiful Kareena Kapoor Khan, were shot at the mighty Jaigarh Fort and Jai Mahal Palace, Jaipur. Every Jaipur local can identify this palace from its giant chess set. You can now stay in this former prime ministers’ residence, set amid 18 acres (7.2ha) of lush, manicured gardens.

Are you a fan of Deepika’s breathtaking song Deewani Mastani from the film Bajirao Mastani? This song is also a tribute to Pyaar Kiya Toh Darna Kya, from the Indian epic historical drama that broke a tonne of records. In this black-and-white film, only this song was shot in colour, and they used the awe-inspiring Sheeshmahal (Mirror Palace) at Amer Fort in Jaipur for the location.

The huge hit song Koyal Si Teri Boli from the blockbuster movie Beta (starring Anil Kapoor and Madhuri Dixit) shot some scenes at the Hawa Mahal in Jaipur. One of the signature monuments of Jaipur, Hawa Mahal, or the ‘Palace of Winds’, was used in the film as well. Built from red and pink sandstone, you can’t miss this iconic landmark, built by the grandson of Jaipur’s founder.

An uproarious comedy starring Amitabh Bachchan and Govinda in the lead roles, this film was shot at the grand City Palace in Jaipur. This palace once housed the Maharaja of Jaipur, but today, it houses a museum decorated with beautiful peacock wall carvings and glittering chandeliers, plus it boasts the largest sterling silver urn in the world, according to the Guinness Book of Records.

Abbas-Mastan loved the Pink City, and why wouldn’t they? No city has as many ancient forts and dreamlike palaces as Jaipur. The climactic fight scene in Humraaz was shot at Jaigarh Fort, situated on Cheel ka Teela (Hill of Eagles), renowned for its soaring views across the city. It’s also home to what was once the world’s largest cannon on wheels.

Even though it’s number 13 on our list, this movie was definitely a lucky one for Rakeysh Omprakash Mehra. The famous fort scene was shot at Nahargarh Fort, and Nahargarh was the Masti ki Pathshaala (school of fun) for the young, vibrant college students featured in the film. Legend says that the spirit of Nahar Singh Bhomia haunted the fort and delayed its construction.

One of the best Indian period films ever made, Jodha Akbar by Ashutosh Gowarikar features beautiful scenes shot in and around the Amer Fort. Remember the scene where Aishwarya Rai is cooking food for the king in a huge kadai (cooking pot)? That kadai is still standing at the Amer Fort. 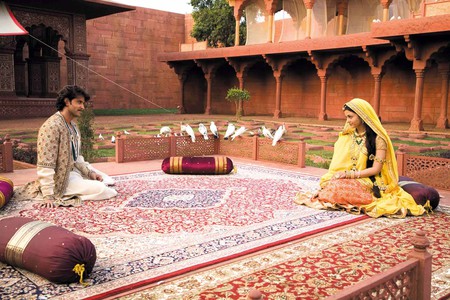 One of Karishma Kapoor’s best films, Zubeida was inspired by the life of Maharani Gayatri Devi of Jaipur. The film was shot in the Narain Niwas Palace of Jaipur. Now a heritage hotel, Narain Niwas was built by General Amar Singh and was named after his father, Thakur Narain Singh, ultimately serving as the younger Singh’s country residence.

The indoor scenes in this Vidhu Vinod Chopra movie — specifically, the ones featuring Saif Ali Khan and his sister’s rooms – were shot in the royal rooms of the City Palace. The filmmakers sought permission from Maharani Gayatri Devi to open up rooms in this palace that had been locked for several years.

This Anurag Kashyap film was shot at the 300-year-old Chomu Palace, just like Bhool Bhulaiya. Keep your eyes peeled for the 5m-thick (16ft) walls that were designed to keep out enemies. It took more than a 100 years before the fortifications were complete, and it was converted into a palace in the late 19th century.

Remember Bholi Bhaali ladki, the cute song featuring Akshay Kumar and Mamta Kulkarni? It was shot at one of the most renowned architectural wonders in Jaipur, the Birla Temple. It’s constructed entirely of white marble, so you can spot it gleaming from a long way off. It’s quite unique because the three domes represent equality of all religions. Visit during Diwali to see the temple illuminated with candles.

Many significant scenes in this film, directed by the veteran actor Amol Palekar, were shot in Jaipur. An architectural marvel, the 12th-century Hadi Rani Ki Baoriis was used as the location where Rani Mukherjee’s character finds something strange; in reality, this structure has a prominent history and is said to be home to certain supernatural forces. The song from the film, Kangana Re, was shot at the Narain Niwas Palace in Jaipur. 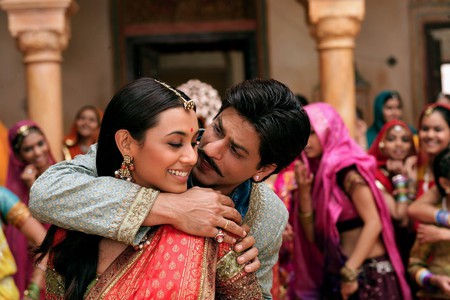