13 Reasons Why You Need to Visit Rajasthan At Least Once

Located in northwest India, Rajasthan, or the Land of Kings, is the largest state in India that packs a conglomerate of historical and cultural treasures, which lends itself to those unique, once-in-a-lifetime experiences. From legendary ancient forts and extravagant palaces to colourful, bustling cities and indigenous small hamlets, here are 13 reasons why the royal state of Rajasthan is a must-visit, at least once.

The ancient forts and palaces

If there is one thing that sets Rajasthan apart from other Indian states and makes it world-famous, it is its glamorous palaces and ancient forts. Several kingdoms have ruled this land of royals since the 12th century, including the Rajputs, the Mughals and the Jat rulers. Each kingdom brought their own unique blend of architectural styles and designs. This testament to their brilliance still stands strong throughout the state in the form of remarkable structures. Walking around these ancient structures feels as though you’re in a time warp.

Visitors can take the royal elephant ride at the Amer Palace, look at the Blue City of Jodhpur from the 15th century Mehrangarh Fort, marvel at the golden landscape of the 12th century-built Jaisalmer Fort, get awestruck with the 36-kilometre long fortification wall of the Kumbhalgarh Fort (known as the world’s second longest wall), visit the City Palace of Jaipur and Udaipur or admire the grand architecture of Chittorgarh Fort, nestled on a 180-metre high hill and encompassing 22 water bodies, which makes it the largest fort complex in the country. This is all just the tip of Rajasthan’s architectural and historical iceberg! 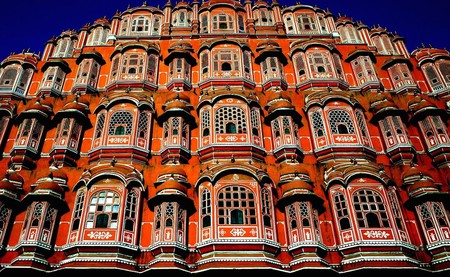 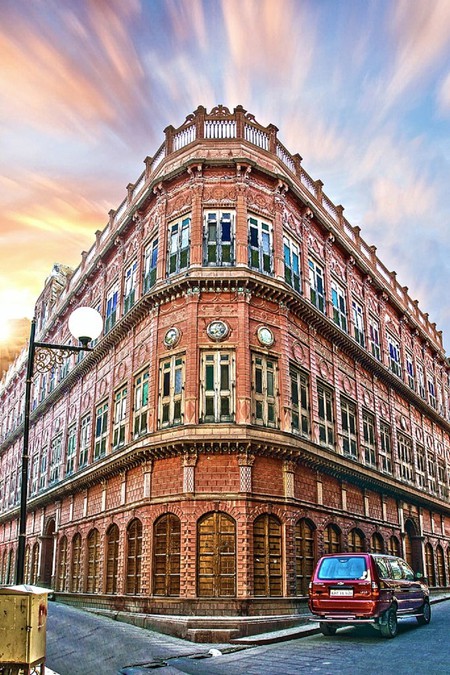 Rajasthan is known for its stunning palaces-turned-heritage hotels that offer a warm ambience laced with royal comforts and grandeur that the erstwhile kings and queens were known to relish. The Umaid Bhawan Palace in Jodhpur, Taj Lake Palace in Udaipur, Rambagh Palace in Jaipur and Samode Palace in Jaipur are a few of the most popular heritage hotels. The hotels in Rajasthan are a regal retreat that must be experienced at least once. 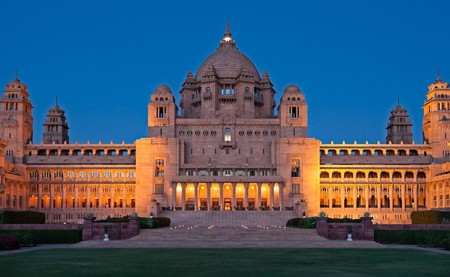 This royal state calls to wildlife enthusiasts and bird lovers alike. Its vast landscape is marked by pockets of incredible wildlife, including endangered and rare species. Some of the must-visit wildlife sanctuaries and national parks in the state include Ranthambore National Park, Keoladeo Ghana Bird Sanctuary, Sariska Tiger Reserve and Kumbhalgarh Wildlife Sanctuary. You can catch a glimpse of the Royal Bengal tigers, the rare Great Indian bustard, endangered river dolphins and several other bird and animal species, as well as experience the wilderness at its best by taking a jeep safari or a boat ride at these wild locales. 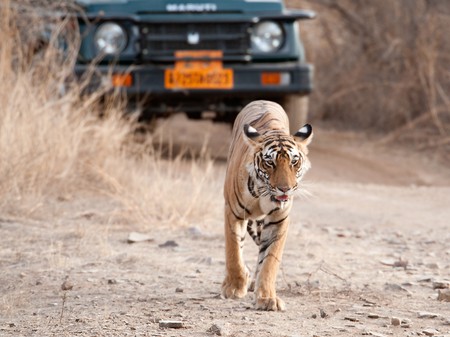 The city of colours

Rajasthan is undoubtedly one of the most colourful places on earth. From gold to blue and white to pink, you will find cities in different hues that will awaken your senses. Each city in the largest state in India is beautiful and unique in its own way, with plenty to offer. Some of the unmissable cities to visit in Rajasthan include the Golden City of Jaisalmer, the Pink City of Jaipur, the Blue City of Jodhpur, the Holy City of Ajmer and the City of Lakes, Udaipur. 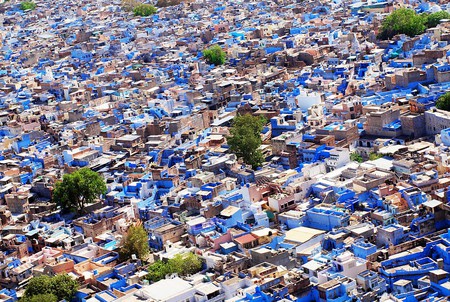 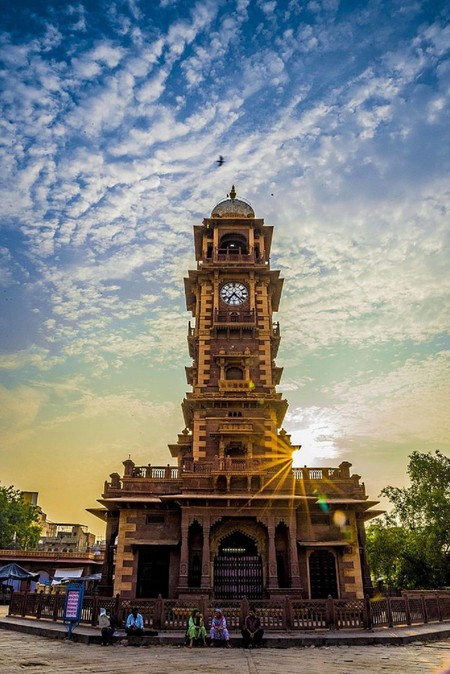 … And the villages are fascinating

Mud houses, thatched roofs, wall and floor paintings; Rajasthan’s small hamlets really are as picturesque as they seem. There’s Khuri village, with its sand dunes; the quaint village of Bishnoi and the traditional village of Khimsar. For a holistic Rajasthani experience, a visit to these little villages is a must! 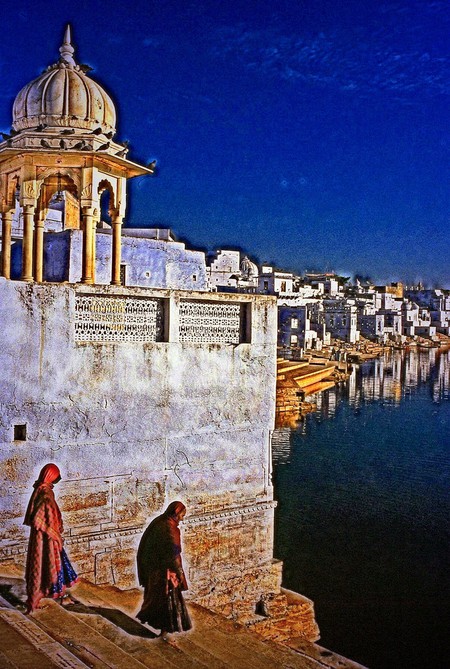 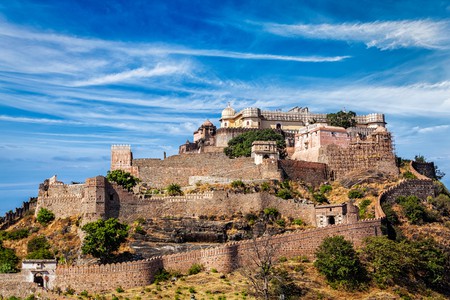 The vibrant and colourful festivals and fairs

Rajasthan is known for its colourful festivals and fairs held throughout the year. It seems like every month, this royal land is enjoying a dance, music, heritage, adventure or cultural festival. And your trip is bound to coincide with one of its festivals or fairs – be it the Teej Festival (Jaipur) in August, the Rajasthan International Folk Festival (Jodhpur) in October, the lively Pushkar Fair (Pushkar) in November, the Magnetic Fields Festival (Shekhawati) in December, the Elephant Fair (Jaipur) in March, the Desert Festival (Jaisalmer) in February or the colourful International Kite Festival (Jaipur and Jodhpur) in January. These festivals could be an exciting and entertaining centrepiece to your royal vacation.

This royal state is inhabited by several different tribes, each boasting their own unique dance style, music and art forms, which form part of the state’s cultural tradition. Some can appear to be slightly eccentric, but enthralling, nonetheless, but each depict Rajasthan’s vivid culture. Bhavai dance, for instance, involves women dancing and gyrating with eight to 10 pitchers on their head. Quintessential Rajasthani, the Kalbelia dance (or Snake Charmer Dance) is the most popular folk genre, in which females perform a dance and males play a traditional instrument. The crowd favourite is the Kathputli dance (the Puppet Dance), which is based on folk tales. Other popular dance forms include the Ghoomar dance of Udaipur, Kacchi Ghodi, Khayal dance and Terah Taali. 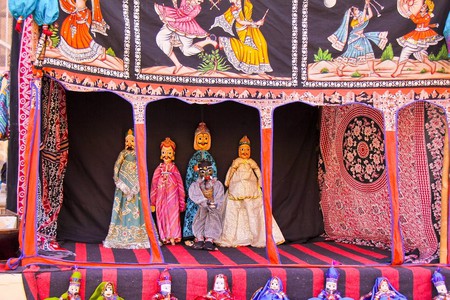 The state’s rich history and heritage can be felt anywhere, but admiring traditional arts will have you feeling as if you’ve stepped into the bygone era. Some of the most admired Rajasthan arts include Pichchavi painting, which portrays the historic events the state witnessed; the 2000-year-old Batik painting, which is a tie-dye method of textile painting; the miniature paintings made from natural minerals and pigments or the blue pottery of Jaipur.

Rajasthan’s diverse landscape create a perfect setting for many unique experiences and activities. The choice is endless: camel safari in Jaisalmer, Jawai Leopard Camp in Pali, ziplining in Mehrangarh Fort, wildlife safari at the wildlife sanctuaries and national parks, hot-air ballooning in Pushkar, dune bashing in the Thar Desert and boating in Lake Pichola, Udaipur. For the more adventurous, there are also trails amid the mountains of Mount Abu and the lush greenery of Alwar, to trek. 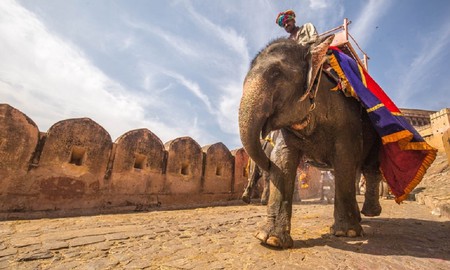 Besides its palaces and forts, another asset of this royal state is its lakes, which are a sight to behold. Lake Pichola and Jaisamand Lake in Udaipur, Mansagar Lake and Sambhar Salt Lake in Jaipur and Pushkar Lake in Pushkar are a few of the mesmerizing lakes in the state. The best way to enjoy their beauty is by taking a boat ride at sunset. 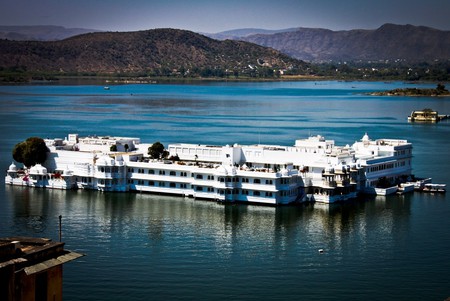 The shopping at the bazaars

The colourful bazaars (markets) in Rajasthan are bustling. Each one has its own distinct charm and character, from the items on offer to the crowds they pull. Some markets are dedicated to gold and traditional jewellery, while others are brimming with spices, trinkets, antiques and handicrafts. You may find some incredible bargains if you know where to look. Some of the best shopping spots include the Johari Bazaar in Jaipur (for handmade-jewellery), the Clock Tower Market in Jodhpur (for spices) and the Bada Bazaar in Udaipur (for traditional clothes and antiques), to name a few.

Rajasthan’s cuisine is world-renowned for its wide variety of vegetarian options. Be it classic dishes, like dal bati churma or gatte ki sabzi, or traditional thali, Rajasthan has something for every vegetarian foodie. While its vegetarian cuisine is famous all over the world, there are several options for meat eaters as well, like laal maas (meat curry), safed maas (meat dish) and bhuna kukda (chicken dish). Each and every dish in Rajasthan is bound to leave you craving more. 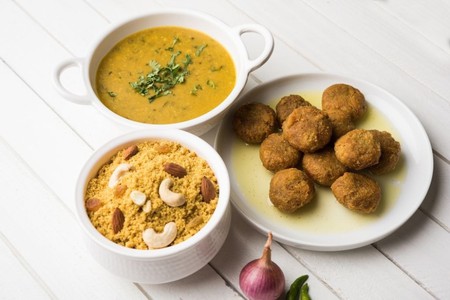 Though each Indian state people visit is going to have their fair share of amiable locals, there is something about Rajasthanis that make venturing into this desert land certainly less intimidating and more fun. Rajasthan’s people are traditionally amiable and down to earth and the popular adage, ‘Atithi Devo Bhava‘ (Guest is God) is their culture’s ethos. If you want to learn about their culture, traditions or art, you will always find a warm and welcoming home in Rajasthan.