13 Performance Art Forms You Should Experience in Kerala, India 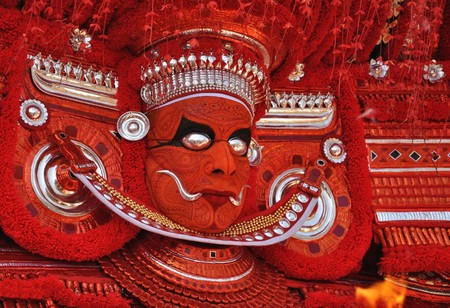 One of the ways that Kerala truly lives up to its sobriquet of ‘God’s Own Country’ is its rich culture, traditions, and arts. Dating back centuries and filled with historic and mythological significance, Kerala’s performance art is a huge part of its identity. Here are just 13 varied facets of this southern state of India that have elevated the region onto the international map.

Thirayattam – Mother of all ethnic arts of Kerala

Thirayattam, a ritual performing ethnic art, is a blend of dance, theatre, music, satire, face and body painting, masks, martial art, and ritual. It is enacted in courtyards of kaavukal – sacred groves – and village shrines. The performer enacts the deity while in a trance moving vigorously, exhibiting belligerent mannerisms and gestures, believed to be divine. 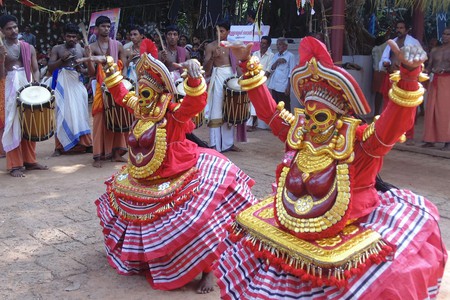 Chavittu Nadakam is a colourful and vigorous theatre form, with attractive make-up and elaborate costumes. The name literally means ‘stamping drama’ because of the peculiar feature of this artform where the actors stamp the dance floor producing resonant sounds to emphasise the dramatic situations. The influence of the western opera can be discerned in Chavittu Nadakam. 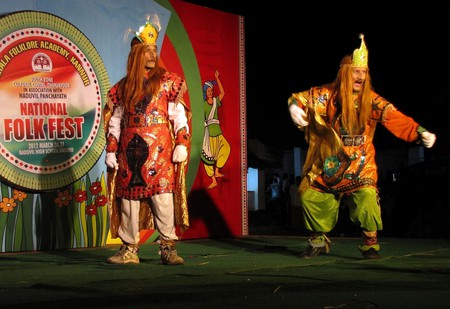 Chavittu Nadakam is the dramatised enactment of Christian lore | © wikimedia

Oppana – The traditional wedding dance of the Kerala Muslims

Oppana is a dance form that originated from the occasion when Muslim brides put on their wedding makeup. It is a popular form of social entertainment among Mappila – Kerala Muslims, and is prevalent all over the state. It is performed with the bride, dressed in finery, decked up in jewellery, with her palms and feet adorned in breathtaking patterns of mylanchi (henna), as she sits amidst a circle of dancers. While they sing and dance around the bride, they clap their hands rhythmically.

Kathakali is believed to have originated from Krishnanattam – a dance dedicated to retelling of Lord Krishna’s life. It is plausibly the artistic culmination of Koodiyattam – the oldest continuously performed theatre art form in India – and Krishnanattam from the medieval era. This 500 year old art tradition is still one of the most popular art forms in Kerala and people from all over the world are drawn to the state to experience it.

Margamkali is an ancient group dance practised and performed by St Thomas Christians and it existed before the arrival of Portuguese missionaries in Kerala. Traditionally, the performance is divided into two parts, Vattamkali – Round Dance and Parichamuttukali – Sword and Shield Dance, singing a particular ballad called Margamkali Pattu. The song narrates the life and word of Saint Thomas in Kerala. 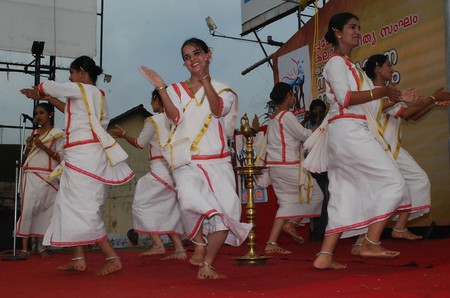 The Duffmuttu aka Dubhmuttu aka Duffkali is a folk art prevalent among Muslims of the Malabar region of Kerala. The art form derives its name from duff, a percussion instrument made of wood and ox skin. It is performed during festivals, nuptial ceremonies, Uroos (festivals connected with Mosques) and also for social entertainment.

Koodiyattam, officially recognised by UNESCO as a Masterpiece of the Oral and Intangible Heritage of Humanity, is a combination of ancient Sanskrit theatre with elements of Koothu – a South Indian performing art as old as the Sangam (300 BCE to 300 CE) era. The name Koodiyaattam, meaning playing or performing together, is believed to refer to the presence of more than one performer on stage, acting in consonance with the beats of the mizhavu drummers. 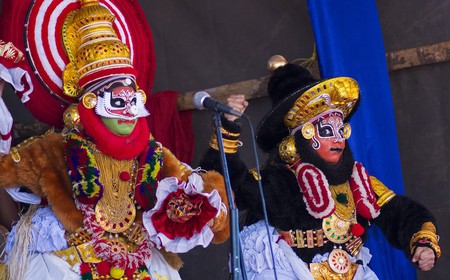 Koodiyattam was part of dramatized dance worship performed in temples

Kolkali – With elements drawn from Kalaripayattu – a martial art

Kolkali is a folk art performed in North Malabar region of Kerala. The dancers move in a circle, striking small sticks and keeping rhythm with special steps. The circle expands and contracts as the dance progresses. . The accompanying music gradually rises in pitch and the dance reaches its climax. Similar to many other performance art forms of Kerala, Kolkali has also drawn elements from the Kalaripayattu, the martial art of Kerala. Its origin can be traced back to days when Kalaripayattu was in vogue.

Parichamuttukali is a martial art dance where the dancers perform bearing swords and shields and follow movements rhythmic to the group leader’s – asan – song. As the music reaches a crescendo, the pace of the dance and the tempo of the clapping of shields and swords also heighten. The dancers are usually dressed in white loin cloths with red wrist-bands and sing in chorus.

Chakyarkoothu – Perhaps one the earliest form of stand-up comedy

One of the oldest classical theatre arts of Kerala, Chakyarkoothu is primarily a solo-dance involving a highly refined monologue where the performer narrates episodes from Hindu mythology. Later it evolved into a commentary on current socio-political events and personal comments. 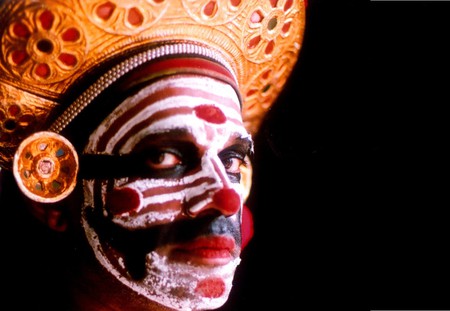 A Chakyar Koothu artist donning with the unique headgear 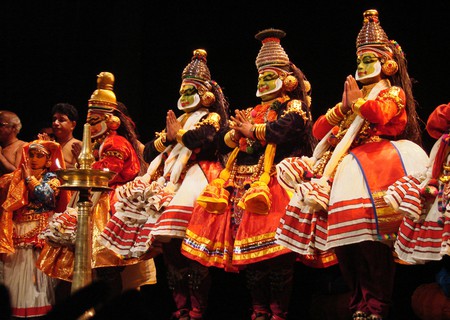 Mohiniyaattam is a classical dance form that developed and remains popular in Kerala, which has its roots, like all classical Indian dances, in the Natya Shastra – the ancient Hindu text on performance arts. It is traditionally a solo dance performed by women after years of extensive training. 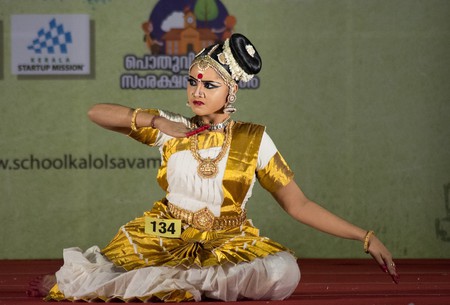 Kummattikali is the famous mask-dance of Kerala, prevalent in central and south Malabar region of the state. It is most prominent during the carnival of Onam. The performers move from house to house collecting small gifts in return for their funny gestures and dance moves. The costumes are the most interesting facet of Kummattikali as the dancers don heavily painted masks depicting faces of various mythological characters. 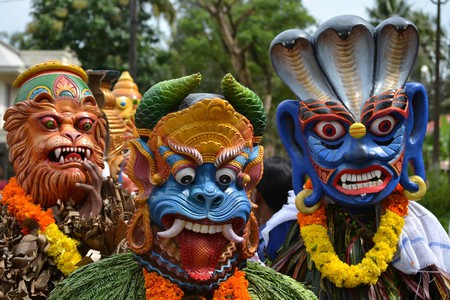 Mask-dance of Kerala | © wikimedia
Give us feedback