13 Indian Slang Words To Help You Talk Like a Local 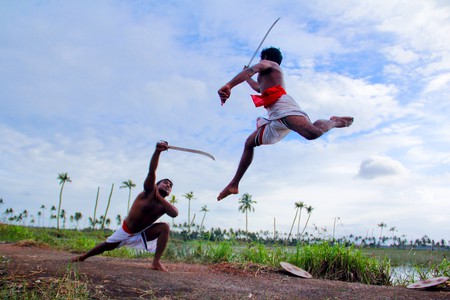 According to a common Indian proverb, “Every two miles the water changes, every four miles the speech.” With records showing that there are 122 major and 1,599 minor languages spoken in India, slang words vary not only from state to state but from city to city. But here are some of the popular Hindi slang terms and phrases – one of India’s most widely spoken languages – that could help you with assimilation while travelling in the country.

There are many words equivalent to “dude”, “mate” or “bro” in Indian languages, but yaar is the most prevalent of them all. Additionally, arre yaar is used to express anguish, while abey yaar coveys annoyance.

Usage: “Arre yaar, I left my phone at home today,” and “abey yaar, stop getting on my nerves”.

If you’re in some serious trouble, then the situation would be quite apt to use this phrase, which means “we’re screwed”. The phrase originated in Marathi, one of the regional languages, and initially became widespread in Mumbai. It became even more popular after it was used in the 2003 movie Munnabhai M.B.B.S.

Usage: “My girlfriend caught me cheating on her. Waat Lag gayi!”

Another Marathi word that found its way into everyday lingo is jhakaas. Here’s a major hint of what it means. In the Hindi-dubbed version of The Mask (1994), the character’s catchphrase “smokin’!” was replaced by jhakaas. If you still haven’t got it, it means “fantastic”.

All of us have that one friend who’s a little bit of a wimp, especially when it comes to breaking the rules every once in a while. That person right there is a fattu for you.

Usage: “Stop being a fattu and tell the girl that you love her.”

We also have that one friend who’s the coolest one in the group, who’s unbelievably chilled out at all times and always fun to be around. That person rightfully earns the bindaas title. But the term is also used to describe anything that’s great. For instance, “Breaking Bad is a bindaas TV show.”

Usage: “I love hanging out with her. She’s totally bindaas.”

The Oxford English Dictionary defines the word jugaad as “a flexible approach to problem-solving that uses limited resources in an innovative way”. In India, jugaad is a way of life. Indians can get out of any tricky situation and have solutions to problems of every nature, all thanks to jugaad.

Usage: “How do we carry a goat on a motorbike? Don’t worry – I have a jugaad.”

While the literal translation of ghanta is “bell”, it has become a common slang term in India. It expresses disbelief and is close in comparison to the phrase “yeah, right!” It can also be used when calling out someone’s lies. So, when used in that context, ghanta can also mean “nonsense” or “rubbish”.

Oye is comparable to “hey”. But among close pals, oye is interchangeable with your friends’ names. So, if someone calls you oye instead of your name, you know there’s a close bond between the two of you. It is also a word used to grab the attention of someone who is younger than you.

Vella is a word mostly used in Delhi and parts of North India. It indicates a person who is lazy or useless at most things. A close equivalent in English would be the word “loser”.

Usage: “Instead of lying, vella, you should try getting a job.”

An attractive girl is referred to as a pataka, a word whose literal translation is fireworks. Some women consider the word as being somewhat offensive. But it’s fine to use it in jest or among close friends who know you’re complimenting the person rather than catcalling.

Usage: “My best friend was looking pataka on her wedding day.”

Pakau is a slang term used to refer to a very annoying person. In some contexts, it is also used to define a person who can be extremely boring.

Usage: “He just wouldn’t stop blabbering nonsense. What a pakau.”

This phrase literally translates to “shall I give?” and is a threat to beat someone up. So, in its extended form, it could be “shall I give you a sound thrashing?” While it sounds like an intimidating phrase, it is also used among friends for amicable banter.

Anything that’s too flashy can be classified as dhinchak. It’s similar in meaning to “bling”, but dhinchak applies to a lot of other things and isn’t limited to jewellery. A dhinchak person, for instance, is someone who tries to show a lot of swag.

Usage: “He tries to be dhinchak but comes across as too tacky.”