13 Historical Places You Should Visit in Central India 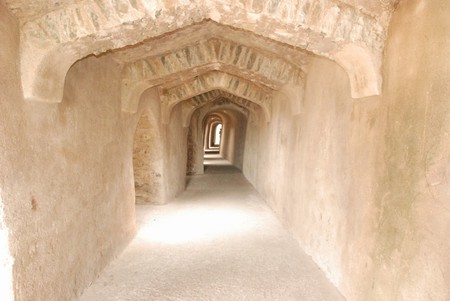 With the richness of great culture, traditions and a historical past, Central India is the ideal place for archaeologists and history buffs. From magnificent forts to majestic palaces and palatial temples, the region makes for a must-visit historical site. If you are someone always curious to explore history and architecture, then check out these amazing places to visit.

The ethereal and alluring temples of Khajuraho 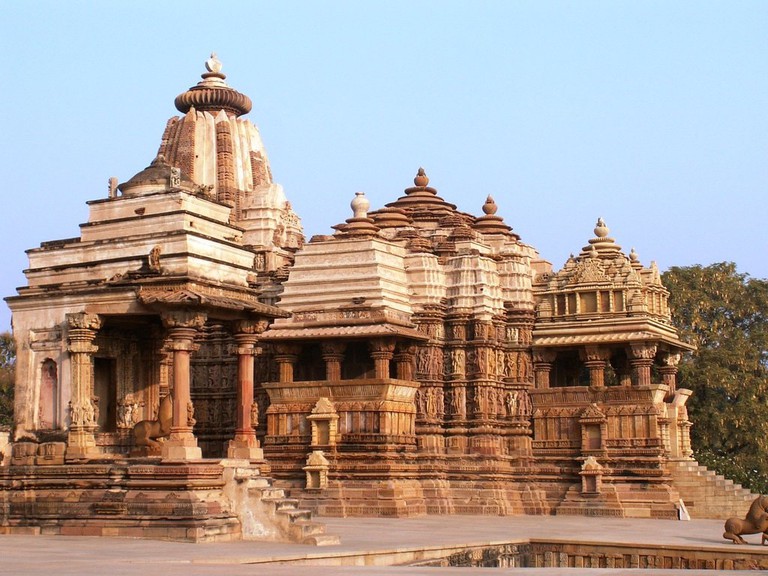 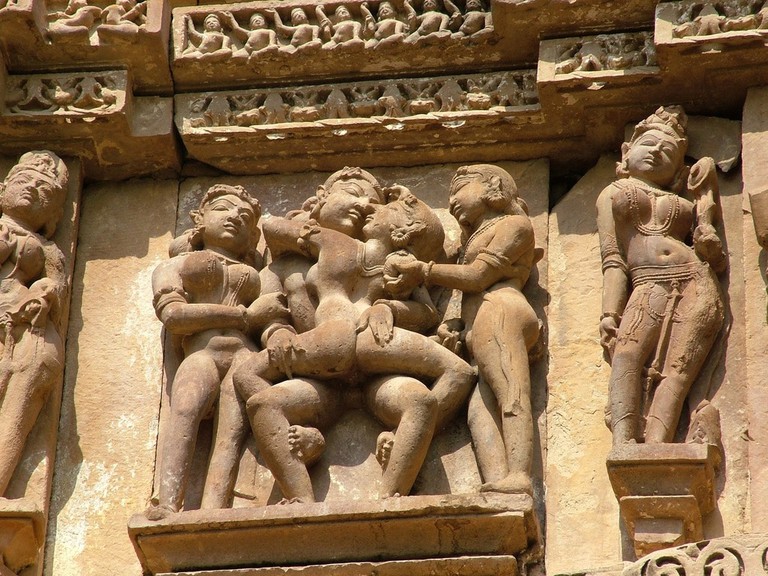 The town of Sirpur has great archaeological and historical significance. Lakshman Temple, built in 7th-Century A.D., is the most famous here, and known to be the finest brick temples in India. Sirpur is a wonderful archaeological site as it has Lord Buddha’s sculpture, the Balesvara Mahadeva Temple Complex, the Gandeshwar Temple, an Ayurvedic treatment center and an ancient underground granary market. For those with keen interest in archaeology, Sirpur is a must-visit.

Indore – The land of Holkars

Indore is known to be the commercial capital of Madhya Pradesh, and also the largest city of the state. The city hugely prospered during the reign of Malhar Rao Holkar. The greatest tourist attraction is the Rajwada Palace situated in the center of the city. Here you get to see the unique blend of European, Mughal and Hindu-Rajputana architecture. Other historic places to visit include the Lal Baag Palace, and the Kaanch Mandir, which is a temple dedicated to Lord Mahavir, and built entirely out of mirrors and glass. 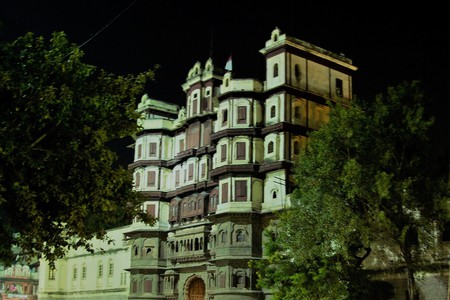 The Rajwada Palace near the bustling Khajuri Bazaar | © McKay Savage/Flickr

The remains of Mandu

The city of Mandu is a testimony to the love between Rani Roopmati and Prince Baaz Bahadur. The city has exotic remains of ancient palaces, tombs, and reservoirs. The most popular tourist attraction of Mandu is the Jahaz Mahal, which was built by Ghiyas-ud-din Khilji. The palace is built between two artificial lakes called Munj and Kapur Talao, at a height of 110 meters, on slender land, and therefore looks like a floating structure or Jahaz (ship). Other interesting places include Hindola Mahal or Swinging Palace, and Hoshang Shah’s Tomb, which is India’s first marble structure and also known to have inspired the Taj Mahal. 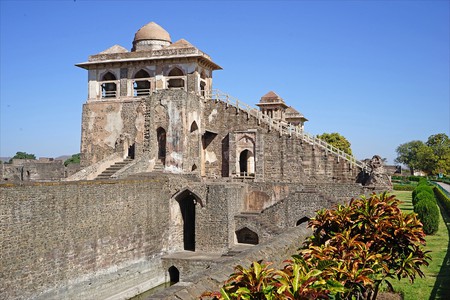 The prehistoric city of Maheshwar

Maheshwar in Madhya Pradesh is a 4,000-year-old town, situated on the banks of river Narmada. Once the capital of Malwa Kingdom, Maheshwar witnessed great history under the reign of the heroic queen Ahilya Bai Holkar, Maharaja Malhar Rao Holkar’s daughter-in-law. Ahilya Fort is the most prominent tourist attraction here. The palace of queen Ahilya has been converted into a heritage hotel today that includes a life-size statue of the queen siting on her royal throne. It makes for an excellent place to take photographs. As you go around visiting the city, you can also take a peek into the production of handwoven Maheshwari sarees. 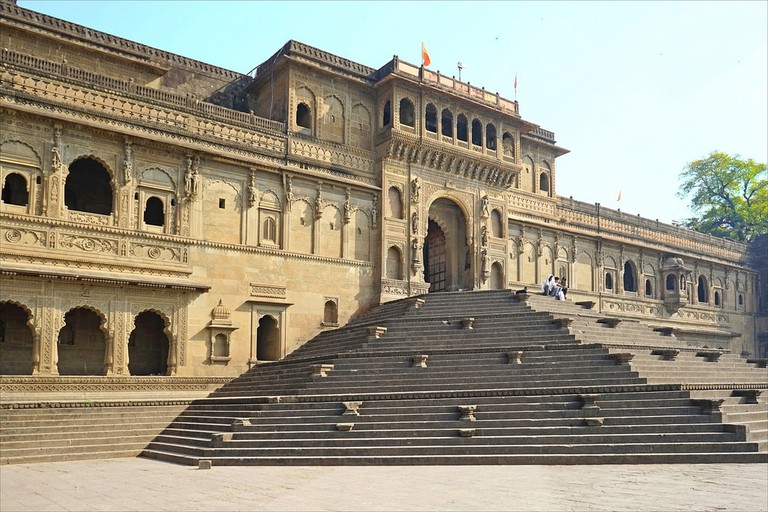 The medieval city of Orchha

The ancient city of Orchha is situated on the banks of river Betwa. The small city was once Bundelkhand’s capital, and is hugely rich with palaces, temples and historical sites. The Orchha Fort Complex comprises of three magnificent palaces – Jehangir Mahal, Raj Mahal and Rai Parveen Mahal – each a beauty in itself. In the heart of the city lies the Ram Raja Temple dedicated to Lord Rama. Other ancient temples include the Chaturbhuj Temple and the Laxmi Narayan Temple. 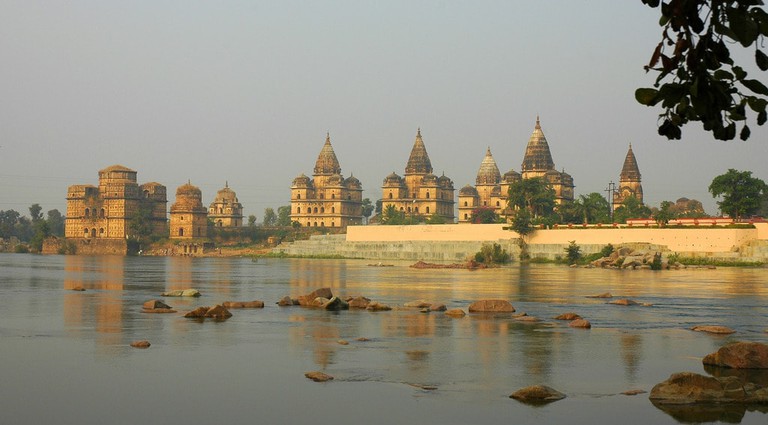 The city of Rani Lakshmibai, Jhansi

Jhansi is known to be the most famous historic town of India. It is the city where the first Independence war against the British took place in 1857. Jhansi Fort is the most popular tourist attraction here, which was built by Raja Bir Singh Deo of Bundel. Such is the architecture, that to enter the walls of the fort, you have to cross the 10 gates that are spread across the outer edge of the city. The Jhansi Fort is a mix of Jain, Rajputana and Indo-Islamic style of architectures. The Rani Mahal near the fort has been converted into an archeological museum which houses a great collection of ancient artifacts. 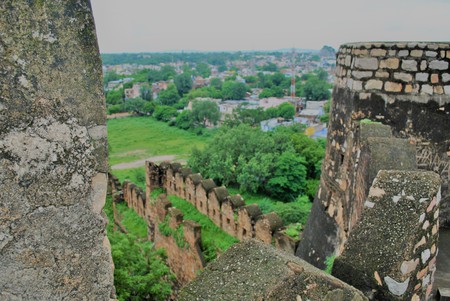 View of the city from the Jhansi Fort | © Ajay kumar/Flickr

The Buddhist city of Sanchi

Sanchi in Madhya Pradesh is a small Buddhist city. The center of attraction is the Great Stupa, built during the 3rd-century B.C. by Ashoka, the Mauryan king. It is the oldest stone structure in the entire country and one of the UNESCO World Heritage Sites. Next to the stupa is the Ashoka Pillar. There’s also a Great Bowl which was used to store food for the monks of Sanchi. A number of Gupta Temples also form the site of attention here. 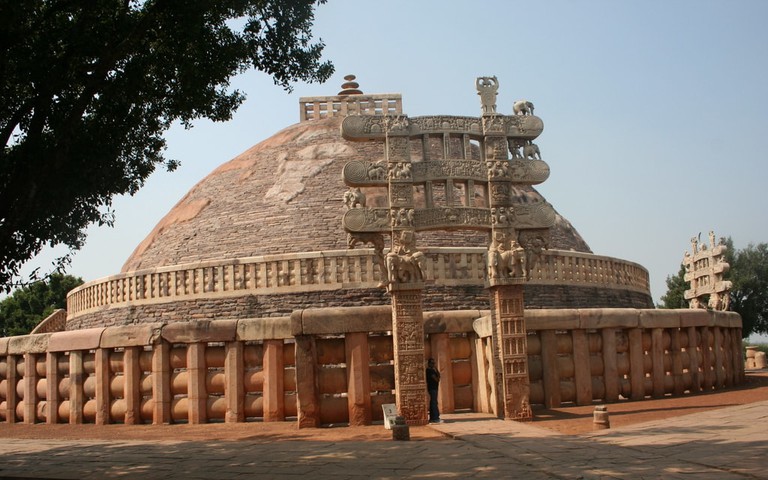 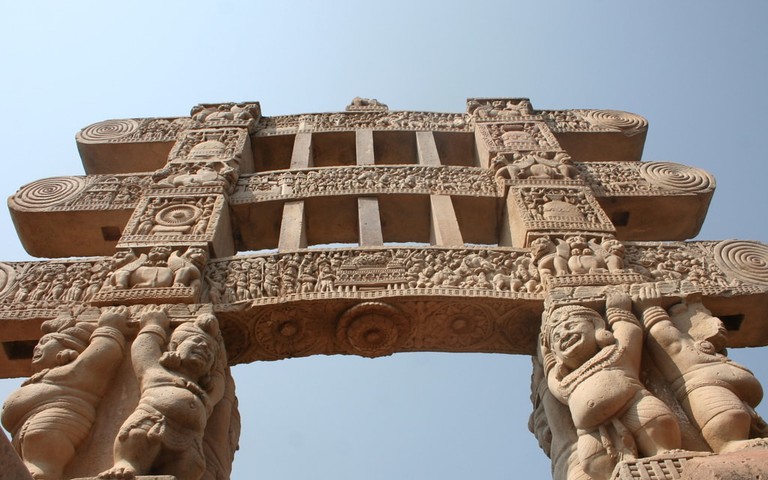 The famous forts of Bilaspur

The second largest city of Chattisgarh state, Bilaspur, is situated on the banks of river Arpa. It is known to be a major pilgrim destination. 25 kilometers away from the city of Bilaspur is one of the most prominent forts, the Ratanpur Fort. People visiting Bilaspur also visit Fort Bahadurpur and Fort Sarium.

The rock shelters of Bhimbetka

In the Raisen District of Madhya Pradesh are numerous hidden rock shelters and rock paintings which are believed to be approximately 3,000-years-old. These Bhimbetka caves are believed to be the oldest traces of Stone Age in India. Dr. Vishnu Wakankar discovered these caves in 1957 and found many rock paintings from the medieval and Paleolithic era. The rock shelters are ranked as one of the UNESCO World Heritage Sites. On your visit, you can look forward to scenes and paintings of animal fights, hunting, men drinking and communal dances. 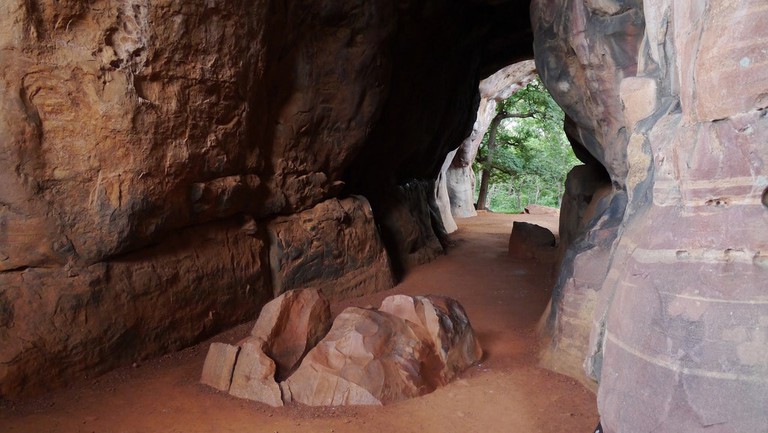 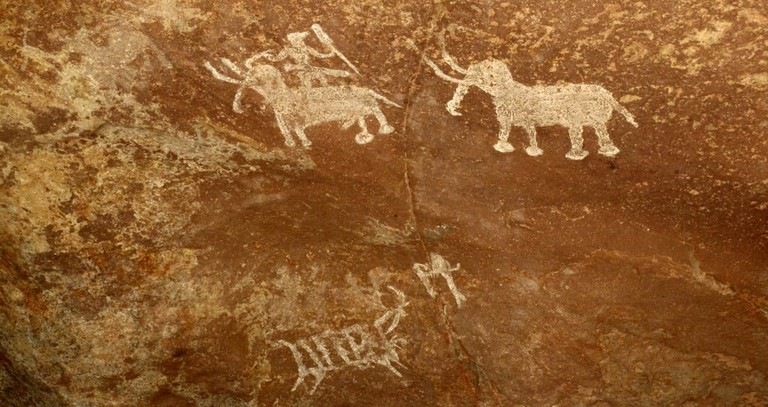 Stone art on the walls of Bhimbetka caves | © solarisgirl/Flickr

The culturally rich town of Chanderi

Located near Betwa River in Madhya Pradesh, Chanderi is a culturally and historically rich town. Its existence dates back to the Vedic times, and has a great number of ancient monuments and Jain temples. A famous attraction here is Chanderi Fort, where entry is through the Khooni Darwaza. The most photographed of all monuments is the Badal Mahal Gate. As you go on this historic trip, make sure to shop for the famous Chanderi sarees and brocades too.

The historic town of Burhanpur

Burhanpur is situated on the bank of river Tapti and was discovered as well as named by the Sultan of Khandesh. The most impressive of all monuments is the Shahi Qila. Built inside the Qila is the Zenana Shahi Hammam, which was a royal and luxurious bath built for Shah Jahan’s wife Mumtaz. Just opposite to the fort lies the Ahukhana or the deer park which was the hunting ground of Shah Jahan. Other places to explore include Aasirgarh Fort, Dargah-e-Hakimi and the Burhanpur Gurudwara. 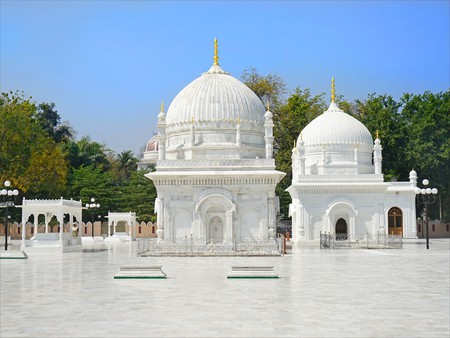