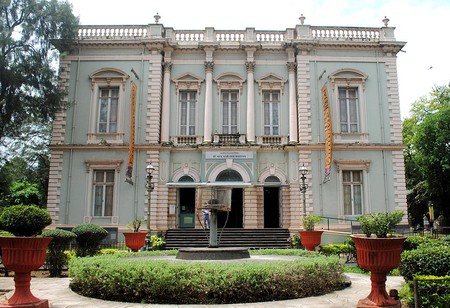 Being the oldest museum in the city, this grand space has seen Mumbai transform twice over | © Muk.khan / WikiCommons

With abundant historic sites, bustling markets, and endless cultural institutions, Mumbai is a city packed with places that will be rewarding for any visitor. To help you navigate the best of what this vibrant city has to offer, Culture Trip has put together a guide of 12 must-see attractions. 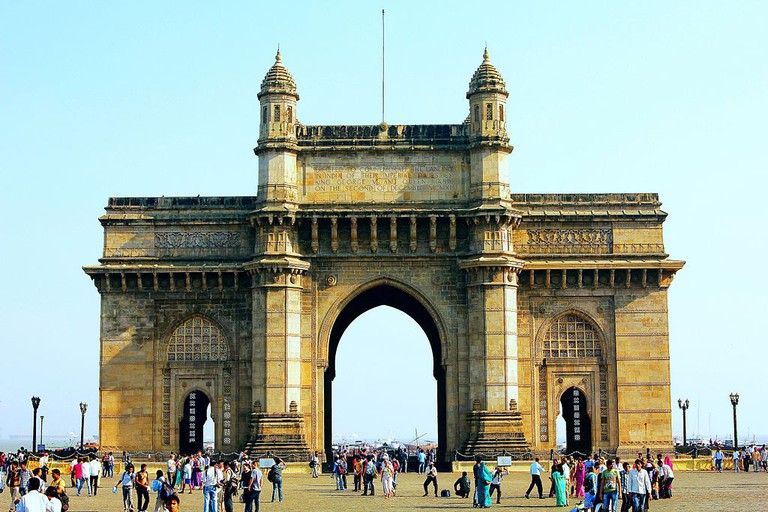 Gateway of India | © Glaeronius / WikiCommons
Commemorating the visit of King George V and Queen Mary to the city, the Gateway of India is perhaps the most known among Mumbai’s historic monuments. However, it also happens to be the spot from where the last British troops departed the country after centuries of their colonial presence. Designed by Scottish architect George Wittet, who took from Indo-Islamic, Indian and Roman influences, the structure was completed only in 1914, with its foundation stone laid in 1911.
Open In Google Maps
Apollo Bandar, Colaba Mumbai, Maharashtra, 400001, India
Give us feedback

As the country’s most famous railway station and one of Mumbai’s most iconic landmarks, the Chhatrapati Shivaji Terminus is one of the best spots to witness the city’s past and present. Rich in history and featuring striking High Victorian Gothic and Indian architectural styles, this UNESCO World Heritage Site also happens to be among the busiest railway stations in the country and an integral part of the daily lives of lakhs of Mumbaikars.

The stunning Haji Ali Dargah (shrine), which dates to 1431, is one of the most iconic architectural structures in Mumbai, built in the memory of Sayyed Peer Jaji Ali Shah Bukhari, a wealthy Muslim merchant from present-day Uzbekistan who gave up all his worldly possessions to make a pilgrimage to Mecca. Located on an isle off the coast of Worli, the pristine-white Mughal-style building connects to the mainland by a narrow pathway that only appears during low tide.

Perched atop a hillock overlooking the Arabian Sea in Bandra West, Mount Mary’s Basilica is among the most historic churches in the city – if not the country. With its first edifice built around 1570, and then rebuilt in 1640 and then again in 1760, the church has carved an integral spot for itself in the Bandra area for nearly 450 years. While the current church structure is only over a hundred years old – built in 1904 – the statue of Mother Mary, held at the church, is said to have been brought to India by the Portuguese in the 16th century.
Open In Google Maps
Mount Mary Road, Mount Mary, Bandra West Mumbai, Maharashtra, 400050, India
+912226423152
Visit Website
Give us feedback

No tour of Mumbai is complete without some time spent at the historic and architectural marvel that is the Taj Mahal Palace Hotel. The building’s iconic dome was the first clear marker of the Bombay harbour until the Gateway of India came along 20 years later. Built in 1903 under Jamshetji Tata, the Arabian Sea-facing hotel is among the most celebrated in the country.

As the oldest museum in Mumbai, the Dr. Bhau Daji Lad Mumbai City Museum qualifies itself as one of the top candidates if you are looking to visit a museum in the city. Established under British colonial rule in 1855, it traces the city’s history and the shape of daily life through a stunning collection of highly intricate clay model dioramas created in the late 19th and early 20th centuries. With a constantly expanding collection of contemporary art and other artefacts that showcase the heritage and culture of Mumbai, this is a must-visit spot for any visitor in the city.

Located in the Mumbai Harbour, this lush, forest-covered island is about 10 kilometres (6.2 miles) from the Gateway of India. While it houses only 1,200 inhabitants and prohibits tourists from staying overnight, the island houses the historic Elephanta Cave Temples. Dating back to the 5th century CE, the five Hindu caves and two Buddhist caves served as places of worship until the 1500s. While some of the structures are in ruins now, the site remains one of the city’s primary attractions for the outstanding sculptures, architecture and heritage on display. 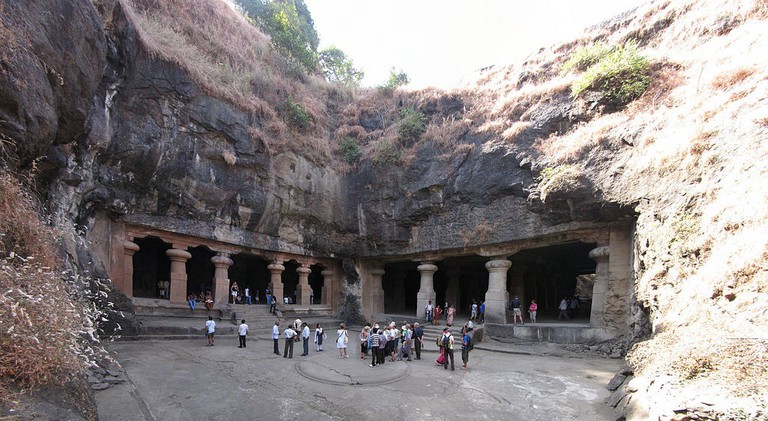 Bazaar, Market
Facebook
Email
Twitter
Pinterest
Copy link
Share
Map View
This historic flea market is one of the largest in the country and is home to some of the most peculiar items you can find at a Mumbai market. As per local legend, Chor Bazaar (thieves market) is where you should go if any of your belongings are stolen when you’re in Mumbai. The over 150-year-old market supposedly got its name after certain belongings of Queen Victoria, which had gone missing when one of her ships was visiting Mumbai, were found for sale in the market. From unique antiques to used car parts, there’s a whole range of items found in the crowded lanes of this landmark bazaar.
Open In Google Maps
Mutton Street, Ajmer, Kumbharwada Mumbai, Maharashtra, 400003, India
Give us feedback

Considered to be the largest park in the world located within city limits, the Sanjay Gandhi National Park is among Mumbai’s most rewarding and popular attractions. The densely forested park plays host to about two million tourists a year, making it one of Asia’s most visited parks. Among locals, the park is well known as the ‘lungs of the city’, with its lush green cover counteracting much of the city’s air pollution. Previously known as the Borivali National Park, this historic stretch of nature is home to rich and diverse flora and fauna, including a resident tiger population. If you aren’t impressed already, the park is also home to the ancient Kanheri Caves – 109 rock-cut cave temples dating to the 1st century BCE and believed to have once been Buddhist shrines and places of meditation and study.
Open In Google Maps
Western Express Highway, Borivali East Mumbai, Maharashtra, 400066, India
+919330272267
Visit Website
Give us feedback

Lined with streetside stalls selling a variety of items from cheap jewellery to clothes and used books, this historic and famous stretch in Colaba is undeniably a unique Mumbai experience no one should miss. From cafés, bars and restaurants with cult-like followings across the country to historic stores selling quirky items, there’s a lot to see here.

While there are plenty of other options in the area if you’re looking for pristine and empty beaches, there’s no beach more iconic in the city than Juhu. Packed with visitors from all walks of life, and from all over the world, this energetic beach has remained the key destination for Mumbaikars to dip their toes in the Arabian Sea, to jog or to simply unwind and people-watch.

This ancient temple is among the oldest in the city. Dedicated to Hindu deity Shiva, the stunning temple dates back to the 12th century, built by local ruler Bhimdev or Bhima. However, over the years, it was abandoned and eventually buried until its rediscovery in the 18th century. Its reconstruction took place in the late 1800s.