Mumbai attracts thousands of people every year with its magnetic charm. We delve into the people and events that have shaped the capital city of India over the decades, from European colonization to the dynamism of Bollywood. 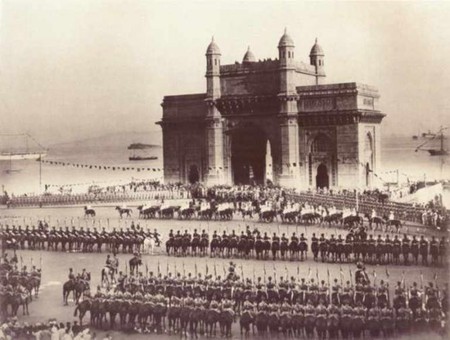 It was in the 11th century that Raja Bhimdev established his kingdom around Bombay and declared Mahikavati — present day Mahim — as its capital. He brought his followers from Gujarat who came and settled with the aboriginals — the Koli tribe — possibly pioneering the tradition of migrants making Bombay their home. Secondly, he introduced Bombay to the coconut tree.

In the 14th century, Bombay came under the rule of Gujarat Sultanate. During this time, Francisco Almeida’s ship sailed to the island, and he must have taken a liking to the place, as he called it Bom Bahia which translates into ‘the Good Bay.’

Visit the Haji Ali Dargah, which was built under the Sultanate’s patronage, to get a feel of this era.

The Portuguese gained control of Mumbai in 1534 from the Muslim rulers. They were also devout Catholics and converted 10,000 natives to Christianity, creating the original ‘Portuguese Christians.’ The islands of Bom Bahia were transferred to the English as they were included in Portugal’s Catherine of Braganza’s dowry when she married England’s Charles II in 1626.

Relive the Portuguese history with a visit to St. Michael’s Church in Mahim. Every Wednesday, thousands of people from all communities still observe Novena, a custom that was introduced during the time of the Portuguese.

Charles II didn’t see potential in Bombay (the Anglicized version of Bom Bahia), and so he gave it away to the East India Company for a meager 10 pounds a year. The English established the first printing press, the first mint and the first naval dockyard in Bombay. They gave many trade incentives, which attracted Gujaratis, Jews, Parsis and Dawoodi Bohras to settle here.

Visit the Gateway of India — the best remnant of the British colonies in Bombay.

Until now, Bombay was still a collection of seven disparate islands. It took about 150 years to join the seven islands of Bombay, but it all started in the 1700s.

Enjoy shopping at the Colaba Causeway — the land link between Colaba and Old Woman’s Island, one of the many causeways built to join the seven islands of Mumbai.

By 1845, the seven islands of Bombay had been joined into one large island. It was around this time, in 1869, that the Suez Canal opened, and this changed Bombay’s marine trade forever. It reduced the travel time between London and Bombay by three-quarters.

This marked a major event in the history of capitalism in India, as Bombay became a central point for India’s exports to Europe and the USA.

Visit the INS Vikrant Ship Naval Dockyards in Mumbai to understand the naval heritage of India. 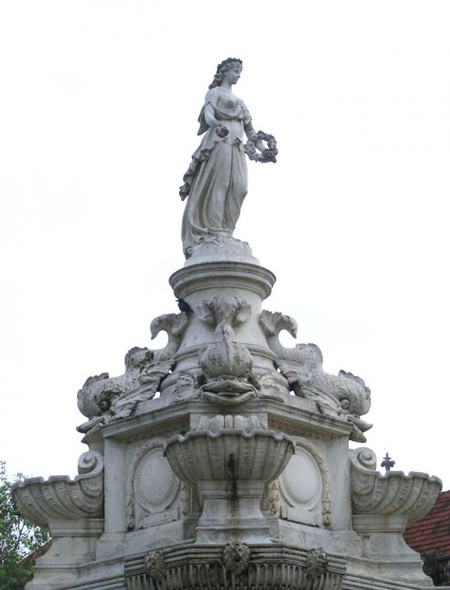 The current local train network is an offshoot of the first railway that the British built in Mumbai in 1853. This is also the oldest railway network in Asia.

The first train ran between the CST terminal and Thane, and it took 1.25 hours to complete the 34-kilometer journey. It is hard to imagine this speed now.

Wherever you are, take a ride on the local train and try to picture life in Mumbai without it.

It was a long struggle for the Samyukta Maharashtra committee to create the Maharashtra of today from the Bombay State, which includes today’s Gujarat and Maharashtra. It went against the Gujarati traders who wanted a separate Mumbai city-state. Finally, Maharashtra was created on May 1, 1960 with Bombay as its capital.

Visit the Flora Fountain in Fort, which was renamed Hutatma Chowk in the honor of those who died in the struggle for the creation of Maharashtra.

The Rise of Religious Politics

In 1966, Shiv Sena was founded by Bal Thakrey who was anguished at the marginalization of the native Marathi people in Maharashtra. Shiv Sena’s ideology is Marathi nationalism and Hindu nationalism.

Visit the Shiv Sena Bhavan in Shivaji Park, Dadar to get a glimpse of the ideology in action.

The cosmopolitan and peaceful fabric of Bombay was broken when riots hit in 1990s. Mumbai came to a halt when over a 1000 people were killed in Hindu-Muslim riots following the destruction of the Babri Mosque in Ayodhya. Thereafter, 13 coordinated bomb explosions took place in Bombay on March 12, 1993, which resulted in 257 deaths and 700 injuries.

Black Friday, a movie by Anurag Kashyap, is a fascinating account of how the bombings were planned and executed.

Renaming of Bombay to Mumbai

When the Shiv Sena came to power with the help of a coalition and the BJP in 1995, it realized its dream of changing Bombay’s name to Mumbai. Thus, Bombay of the British era was transformed to Mumbai, in respect for the goddess Mumbadevi, the deity of the aboriginal Koli people.

Attend the Koli seafood festival every January when Mumbaikars join to relish seafood and experience the culture and tradition of Versova’s Koli community.

Bollywood allows people to escape from the harsher realities of life into a colorful adventurous world.

In 1896, a man named Marius Sestier screened foreign short films for the first time in India for a largely English audience in the Watson Hotel in Mumbai. Kolkata became the center of cinema at that time, screening several foreign movies.

It was during one such screening that Dadasaheb Phalke was inspired to make Indian cinema, going on to produce Raja Harishchandra in 1913 from his studio in Dadar. By this time, Indian audiences had already been watching silent movies for a good decade.

Watch a true Hindi masala movie and relish an experience that really can’t be replicated by any foreign movie.