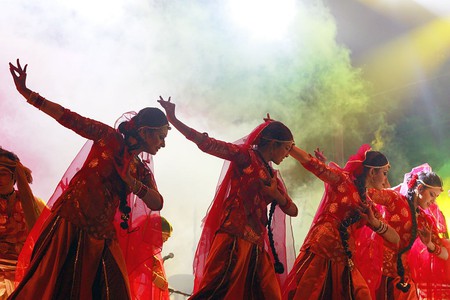 Associated with different festivals and rituals, folk dances of Central India have an incredible charm. These dances are a reflection of the rich cultural heritage of the land and tell us a lot about prevalent traditions. Here is an interesting list to help you discover the captivating folk dances of the central region of India.

The folk-dance form, Jawara, is basically a peasant dance, which is performed by the peasants of the Bundelkhand region upon the reaping of the harvest, in celebration of prosperity. Both men and women wear colourful costumes to participate in this dance. Women also carry baskets full of jowar (broom-corn) on their heads while dancing. It is a spectacular sight to see!

This is a popular dance from Malwa, performed by women on almost every occasion. It is generally performed solo with a matki (earthen pot) on the head. A woman initiates the dance and is then joined by other women wearing traditional dresses, veils covering their faces and graceful hand movements. 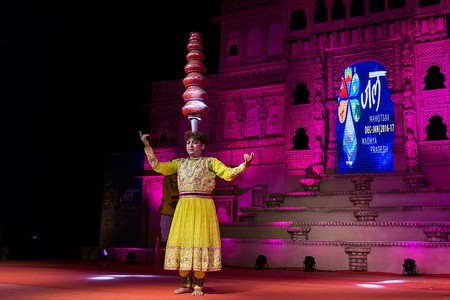 Tertali is a one of a kind folk dance performed by the Kamar tribe of Madhya Pradesh. Two or three women dance together and start their performance by sitting on the ground. They have small cymbals made out of metal, called manjiras, tied all around their waists and two in each hand. The dance comprises striking the cymbals together according to the rhythm. There’s another level to this dance that involves balancing a pot on the head and a sword between the teeth. Watching this dance is definitely a different experience that you must witness.

Performed in the monsoon season, Lehangi is the folk dance of the Kanjar and Banjara tribes of Bhopal, Madhya Pradesh. Usually a part of the Rakshabandhan celebrations (the Indian festival where girls tie an auspicious thread called rakhi on the wrists of their brothers). With sticks in their hands, men perform this dance form and also perform some acrobatic tricks – this adds a dramatic touch to the dance. 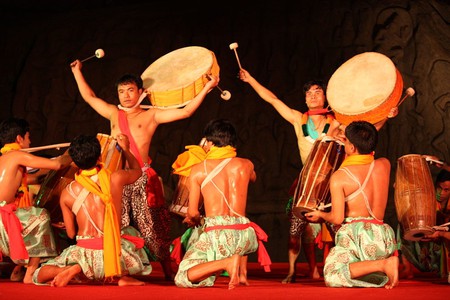 This dance form belongs to the states of Chhattisgarh and Madhya Pradesh and is performed by the Gond, Baigas and Oraon tribes. The occasion for the dance to be performed is the beginning of spring. Men and women dress in bright and colourful clothes and perform this dance around trees. Various musical instruments also accompany the songs sung during the dance.

This folk dance is performed during the celebration of the Bhagoria Festival around the time of Dussehra. This dance is particularly special as it involves a unique tradition. Men of a marriageable age from the Baiga tribe visit their neighbourhood villages and are welcomed by young girls of that village with song and dance. The girls and boys interact, during which the girls have the chance to choose the man of their choice and marry him. The lively atmosphere of the festival is a must-see. 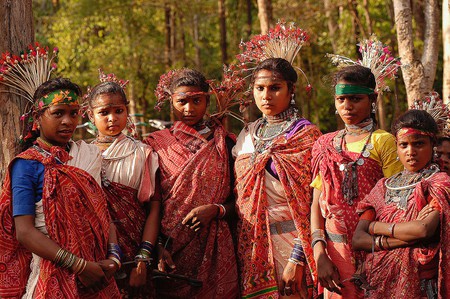 Performed by young men from Chhattisgarh, Saila is a stick dance carried out after the harvest. Boys move around in different intriguing styles and strike their sticks on the next person’s stick. In return for their performance, villagers reward them with a paddy. People also eagerly wait for the climax, which is a snake dance.

Pandavani is one of the most famous folk dances of Chhattisgarh. The dance is basically a portrayal of the account of Pandavas, the main characters of the epic Hindu mythology, Mahabharata. A very famous Pandavani performer is Teejan Bai, who has won many awards like the Padma Shri, Padma Bhushan among others. 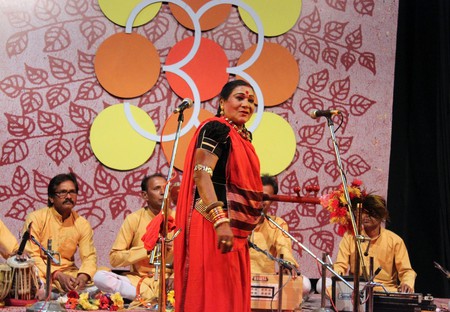 Right from the festival of Diwali, until the full-moon day, Baredi dance is performed in the rural parts of Madhya Pradesh. Colourfully dressed groups of men participate in this dance, which is accompanied by songs sung in a question-answer format. Dhoti (a cloth piece worn by men around their waists) and peacock feathers are a compulsory dress code for Baredi dance.

When the Rabi crop is harvest ready, the locals of Madhya Pradesh celebrate the occasion by performing the Grida dance. Various villages participate and take turns every year in hosting the event. The dance starts when the day breaks and continues until late evening. It has three phase of feet movements, called Sela, Selalarki and Selabhadoni respectively. 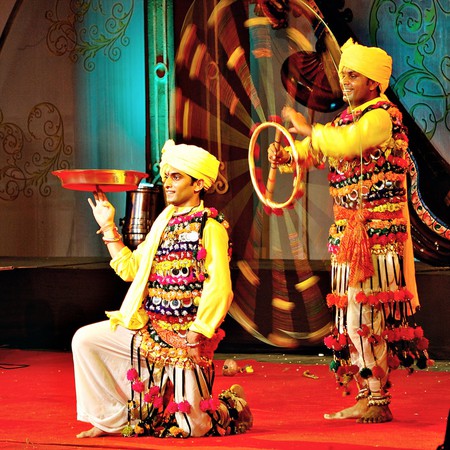 Gendi is a fun dance performed by rural men in Chhattisgarh. Dancers stand on two long bamboo or gendi (stick) and dance along while thumping the sticks on the ground. The way in which the dancers balance on the sticks and sway along to the beat is an interesting thing to see.

Cowherds of Chhattisgarh mainly perform this folk dance, which is also called the dance of cowherds. The Yadavs, considered to be the descendants of Lord Krishna, perform this dance and depict the fierce battle between the cowherds and King Kansa. Generally celebrated after Diwali, on the 11th day, the celebration marks the victory of good over evil. 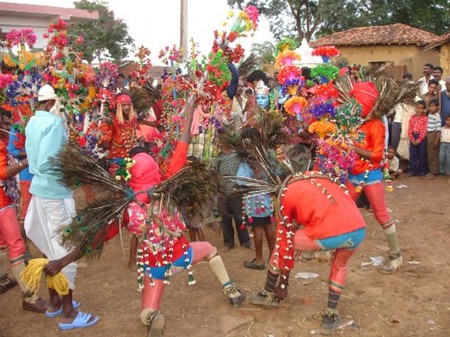 Famous Raut Nacha of Chhattisgarh | © Pankaj Oudhia/WikiCommons
Give us feedback