11 Ways You Can Get Arrested in India 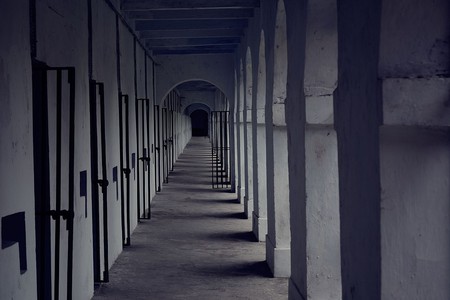 With blood-pressure inducing crowds, a chaotic confluence of cultures, and a different local tongue every few hundred kilometers, it is only natural that anyone would feel anxious about visiting India, especially if it’s their first time. As for being prepared, it is nigh impossible to know all the appropriate cultural traditions and taboos in India even before visiting the country, and you will surely embarrass yourself more than once along the way. But while not knowing how to do a proper namaste or suffering a cultural faux pas is one thing, there are a few basic iron-clad rules and laws that could land you in legal trouble if you’re not conversant with them–possibly even jail! Here are some basic rules and laws that every visitor ought to know before landing in India.

If you are a smoker, it might be wise to think twice before lighting up in public places, as it is illegal in India. Public places include any places of assembly such as offices, bus stops, railway stations, hospitals, theatres, auditoriums etc. However, this nationwide law does have some exceptions, such as designated smoking areas in bars, restaurants, airports etc. While the law only punishes with a Rs200 fine if broken, there are certain states–such as Kerala–where you could be remanded under regional public nuisance laws. 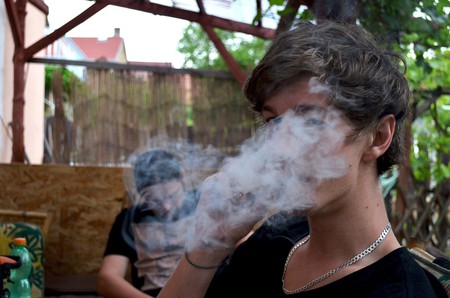 Smoking in public places of assembly is illegal all across India and carries a fine of Rs.200 | ©Pixabay

Although existing laws don’t explicitly require you to stand up or sing along to the national anthem, this touchy topic has become a contentious issue in recent years. However, while you could get away with not participating, actively trying to disrupt decorum in a public arena where the national anthem is being played amounts to an ‘insult to the national honour’, and is punishable with a maximum term of up to three years in jail! 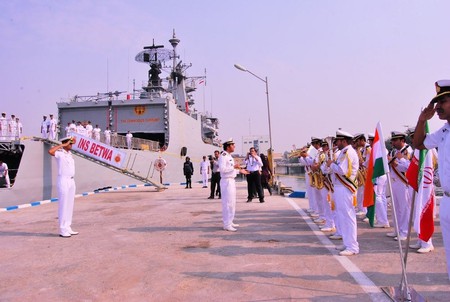 While the act of suicide itself isn’t illegal in India, attempting to commit suicide and failing means that under Section 309 of the Indian Penal Code, you could face a jail term of up to a year! Although the Mental Health Care Bill 2013 has effectively nullified this law by adding that anyone attempting suicide will be presumed to be suffering from mental illness, you could still end up in jail if it is proved that you are mentally fit. 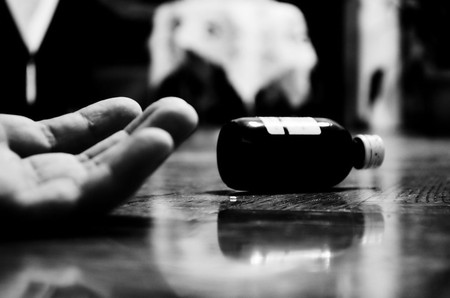 Drinking on the beach in Goa

If you’ve been to Goa, you may have partaken in the almost ritualistic activity of sitting on the beach with a beer in hand. However, thanks to a recent crackdown, doing so now could end up being costly. Over recent months, a few tourists and locals drinking on the beach have been arrested by the police, and the state is now debating whether to make it culpable under the Tourist Trade Act. 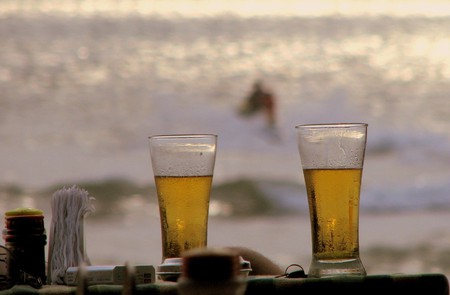 Stopping a train by pulling the emergency chain

This one’s common knowledge to anyone who’s watched older Bollywood movies. All Indian train compartments are equipped with an emergency brake chain that can be pulled to stop the train. However, pulling it without valid cause could not only result in a steep fine, it could even land you in jail for up to a year under the Railways Act. Dropping your phone through out window or forgetting your baggage does not count as a valid cause! 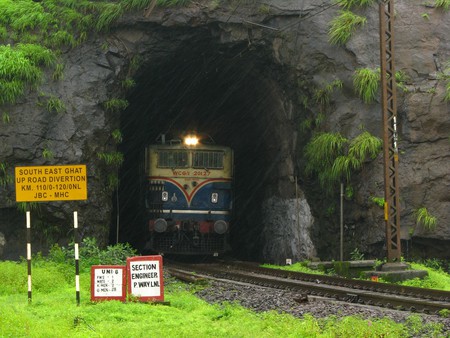 Now, this one could be a bit tricky and fluctuates on where you plan to drink within the country. While in some states–such as Goa, Madhya Pradesh and Himachal Pradesh–the legal age is 18, there are some such as Maharashtra where the legal age for hard liquor consumption is 25! If you fall between 18-25, it’s wise to check the legal drinking age in the state you’re visiting before downing those shots. 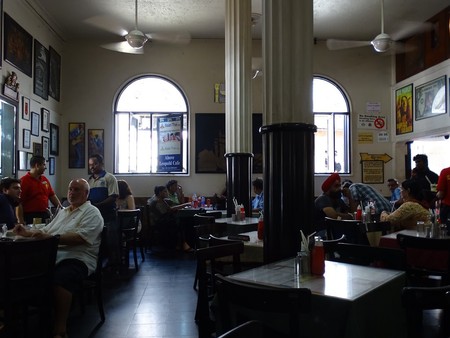 Improper use of the national flag

While one could get away with wearing shorts or a bikini emblazoned with the Union Jack or the Star Spangled Banner in the UK and the US, in India, using the flag as drapery violates the Flag Code of 2002, and could result in up to three years of imprisonment! 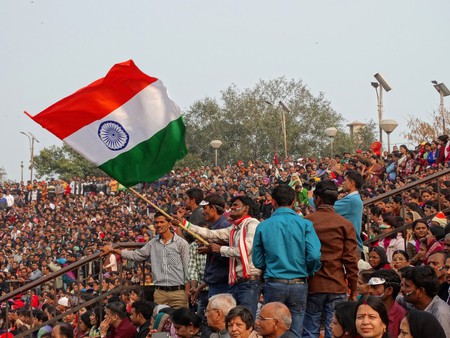 While there have been strenuous legal and cultural efforts to legalize gay sex in the country over recent years, as it stands, any sort of sexual activity other than between a man and woman remains illegal in India under the infamous Section 377 of the IPC. This legacy law from the British Raj comes with a strict punishment of up to ten years in jail! 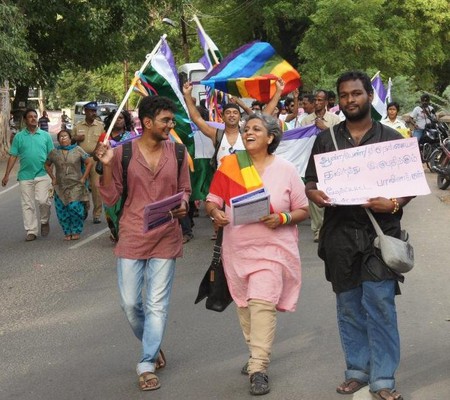 While tolerance of belief has been an historic trait of India’s, the Indian Penal Code does have provisions under Section 295 for punishing deliberate affront to religious beliefs. For example, while several unscientific superstitions and practices still prevail in India, ridiculing the religion or maligning it deliberately could land you in jail for up to three years. 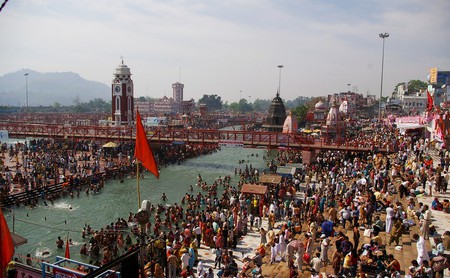 A gathering of Hindu pilgrims at the Kumbh Mela at Haridwar, India | ©Paul/Flickr

In recent years, India has been trying to fight the social evils of casteism and discrimination against regional identities. The use of several derogatory terms–such as calling someone from North East India a ‘Chinky’–is illegal, and carries a steep fine and a prison term of up to five years! 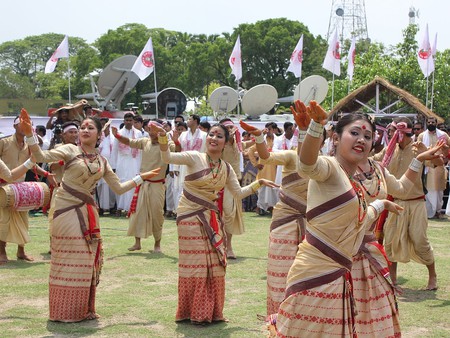 Believe it or not, PDA (or public displays of affection) could actually land you in jail for up to three months in India! However, there are certain caveats: under the Section 294 of the IPA it is illegal only if it is considered an annoyance to the public and a complaint is raised. In fact, the same section even outlaws singing ‘obscene songs or ballads’ in public! So, Eminem or Snoop Dogg in public in India could be a bad idea. 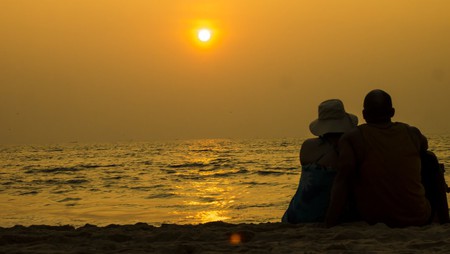 No PDA in India, please | ©Ian Arlett/Flickr
Give us feedback