11 Things to Know if You're Travelling to Himachal Pradesh, India 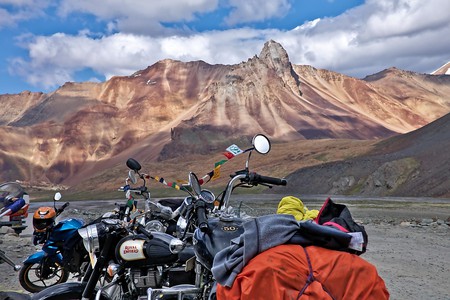 If you love nature and adventure, then Himachal Pradesh in north India is the perfect destination for you. Far from the cacophony of busy Indian cities, the snowy mountains and deep river valleys of Himachal have the power to infuse new life into anyone. Before you visit this breathtaking place, here’s a useful guide to help you plan your trip.

Confirm whether you require official permits

While most places in Himachal Pradesh do not require a Protected Area Permit (PAP), foreign nationals visiting the Spiti Valley region will be required to have one. This is because of its close proximity to the Indo-China border. You can acquire permits from Shimla, Manali, Kullu, Rampur, Kaza and Rekong Peo. To obtain the pass, you need to submit a copy of your passport, three passport sized photographs and a detailed itinerary of your travel plan. This document is valid for two weeks and if your stay exceeds this duration, you will need to get a new permit again. 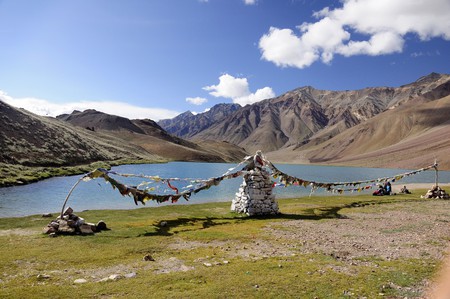 Decide which time of the year you want to visit

Himachal Pradesh is usually preferred as a summer destination, especially by domestic tourists looking to escape the scorching heat in most parts of India. For those looking to enjoy the scenic view of snow covered hills, winter is the best time to visit. However, if there’s heavy snowfall, there might be roadblocks in some parts of the state. During the monsoon season, Himachal looks equally beautiful with the lush green hills coming to life just after the rains. For those keen on adventure sports like rafting, monsoon is the best time to visit. The only downside is that the state becomes landslide-prone during the rainy season. 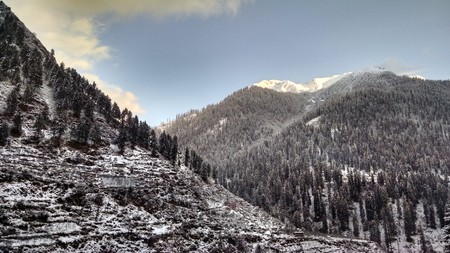 Pack at least one pair of trekking shoes

There are many ways to travel around Himachal Pradesh, but one of the best ways to explore it is on foot. The diverse terrain offers trails which are both easy and challenging so there’s absolutely no excuse to stay indoors when you’re here. Make sure you pack a pair of trekking shoes or at least a pair of comfortable trainers. Even if your itinerary doesn’t involve hiking, you will definitely feel drawn towards the beautiful mountains and green forests, so it’s best to come prepared. 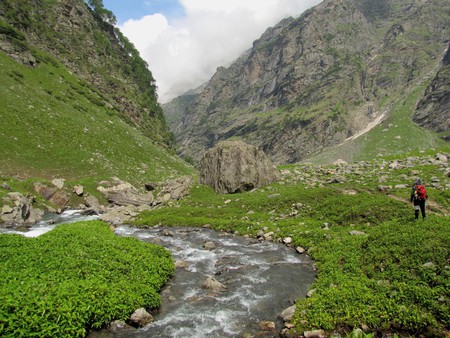 Interact with the locals

Whenever you’re travelling in Himachal Pradesh, make sure you try and interact with the locals there. They are some of the most friendly and hospitable people you’ll ever meet. But more importantly, they will provide travel guides and insights into their culture like no one else can. Himachal is a state with diverse cultures, so there’s a wealth of knowledge to be explored for those interested in understanding different traditions and customs. 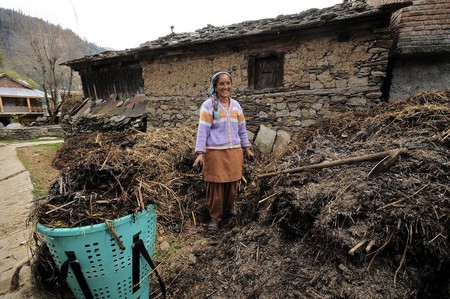 As you travel to more remote parts of Himachal, it will be harder getting access to ATMs. So it’s always best that you carry some handy cash with you at all times. There were reports last year that tourists in Kaza valley suffered inconvenience as the only two ATMs located in the small town had been defunct for months. Also, whenever you exchange money, do so at an authorised foreign exchange outlet or bank. It’s also advisable to ask for receipts of money changed. 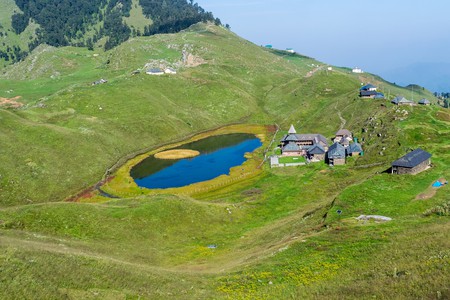 Be mindful of the culture

The locals of Himachal are warm and affable but many of them are also protective of their culture, especially in rural areas. It’s good to make acquaintance with the locals and learn more about their heritage, but also be careful that you’re not intruding or showing disrespect. Take for instance, the village of Malana which has banned tourists from entering their territory following orders from a deity, with whom the villagers communicate through an oracle. 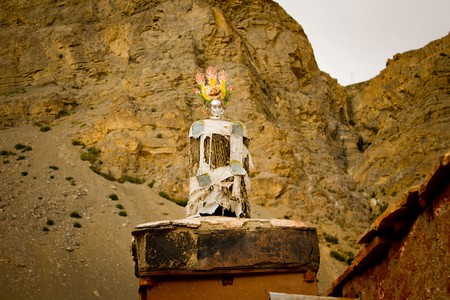 Be prepared for bumpy rides

During a road trip to Himachal Pradesh, there are two things you can surely expect— magnificent views and treacherous stretches of roads. In fact, there are many roads in the state which are often mentioned on lists of the most dangerous roads in India. But Himachal is all about opening up to new travel adventures and the dramatic roads certainly amp up the thrill level. It’s advisable to research the road conditions and alternative modes of transport available so that you know exactly what to expect when you arrive here. 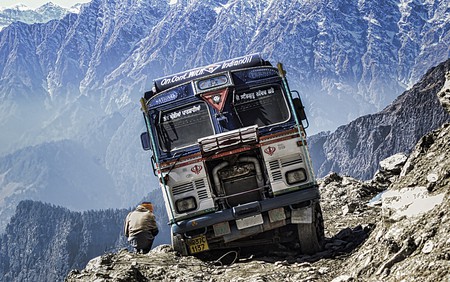 Ask before taking photographs of sacred sites or ceremonies

Apart from adventure trips and a summer retreat, many people also travel to Himachal Pradesh for a spiritual sojourn. There are many Hindu temples scattered in different parts of the state and they’re all unique in their architecture depending upon local customs and beliefs. Himachal, is also home to many Buddhist monasteries and the town of McLeodganj is His Holiness The Dalai Lama’s current residence. An important thing to know is that photography and filming in some of these temples and ancient monuments are either disallowed or require special permission. 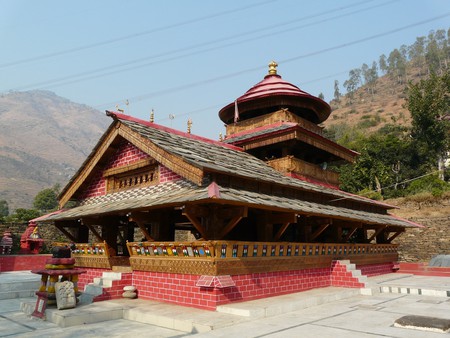 Like most Indian states, Himachal Pradesh too has a rich heritage of handicrafts. There are many artisans who are skilled in weaving, woodworks and metal crafts. If you’re looking to take some souvenirs back home, it’s always a good idea to buy from government emporiums or even directly from local craftsmen. This way you’re not only helping the rural artists but also keeping some of the languishing crafts alive. 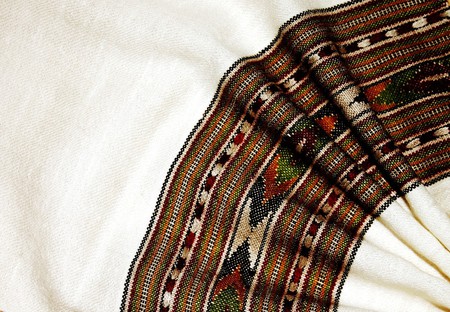 Being a popular tourist destination, a number of hotels have come up especially in towns like Shimla and Manali. However, the experience of staying in a small homestay can be so much more rewarding than other forms of accommodation. From sharing a home cooked meal to learning about the local culture from the host, these places provide a true home away from home feeling.

Know that there’s more to Himachal than Shimla and Manali

For years, Shimla, the capital of Himachal Pradesh and Manali have been the two most popular towns in Himachal Pradesh. While both are beautiful and offer unique travel experiences, they’re not the places you’re looking for if you want a more offbeat destination. Instead you can go trout fishing at Gushaini, walk the cobblestone streets of Pragpur, taste delicious apples from the orchards at Kalpa or see what Chitkul, the last inhabited hamlet of Himachal looks like. 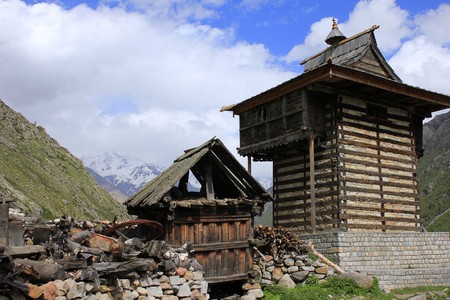