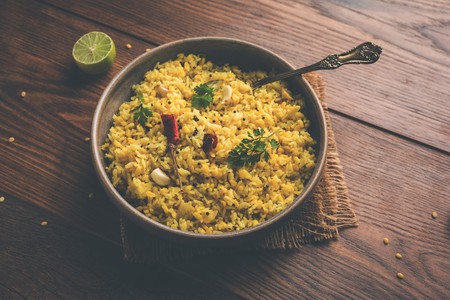 If India was to vote on the ultimate comfort food, it is highly likely khichdi would win. This innocent, versatile dish created quite a stir on the interweb recently after news portals and Twitteratis jumped to the conclusion that it was going to be named the National Dish of India. In truth, 918 kgs of the preparation was cooked to create a Guinness World Record at the World Food India 2017. But, reactions and responses on the rumour were rather interesting. While some said it was a bad idea, others were quite for it! Here’s reasons why khichdi should be India’s national dish (or not).

Khichdi is the ultimate comfort food, a simple preparation of rice and lentils that warms the soul on a bad day.

I love #Khichdi! As long as I get some nice warm ghee with it. And Kadhi is an added advantage

Khichdi is just one word for the many variations of the preparation found across the country. In Tamil Nadu, an integral part of Pongal festival is ‘khaara pongal‘, the Southern version of khichdi!

How many have you tasted and which is your favourite? #Khichdi pic.twitter.com/ZL1iRbHtBs

It holds a Guinness World Record

Lo and behold! India has managed to create a Guinness World Record by making 918 kgs of khichdi in one go at the World Food India event. This feat has put India firmly on the world food processing industry map.

Humble khichdi gets to be in the limelight

Khichdi is so strongly woven into Indian culture and lifestyle that no one thought anything special of it until this rumour sprung up! Now, finally, the dish gets some well-deserved recognition and praise.

And #Khichdi for dinner is served- with dahi, pickle, radish slices, lemon and papad. That was quick, right? #stcooks pic.twitter.com/HgHiDSIpgw

During Durga Puja, a major festival for Bengalis in India, khichuri (khichdi in Bengali) is one of the main dishes offered to Goddess Durga. 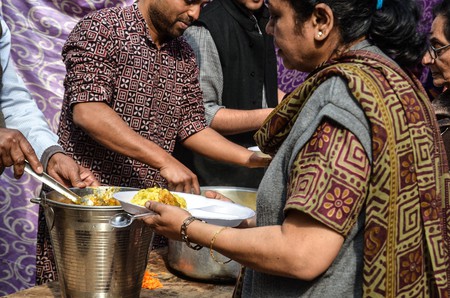 The best dish for fasting women in India

In India, women often show their devotion by observing food fasts or vrata during festivals and other special occasions. During these days of abstinence or disciplined behaviour a simple dish of sabudana or sago khichdi is what keeps them going.

Saboodana #Khichdi is a popular Vrat #recipe. Learn how to make #SabudanaKhichri by following this easy recipe: https://t.co/fdN2Osz9Q8

Food for the rich and poor

It has been said khichdi is one dish that can be, and, is made in every home irrespective of their socio-economic status.

Food that entire India can relate with,
The poorest of the poors have had it in their best of times.
And the Richest of the Rich have had in their illness 🙂

Indian food is immensely diverse and some think it wouldn’t be right for one dish to represent the nation.

Unfair to have a national dish in a country with a mind boggling variety of cuisines and tastebuds.#khichdi

Would khichdi get jingoistic?

After the rumours spread like fire, some thought this would get political and take a nasty turn!

If a person is denied rice for making #khichdi due to ration card not linked to #Aadhaar – would it be sedition?@aftabcalm @sanjayuvacha

Does the dish represent everything India stands for?

Some presented hard facts to suggest that it does not justly represent India’s agricultural assets.

Unity in Diversity?
Didn't get a dumber explaination?
Wheat, Barley and Bajra are not used to cook #Khichdi pic.twitter.com/ytuLL9AXrs

Some worry about the millions that go hungry

There were many tweets about having a national food being a complete waste of time while the hunger rate in India only keeps increasing by the day.

Instead of this drama out of #khichdi as national food, the govt should decide to give hot #khichdi to all students in mid-day meal scheme.🤞