11 Inspirational Indian Women You Need to Know About 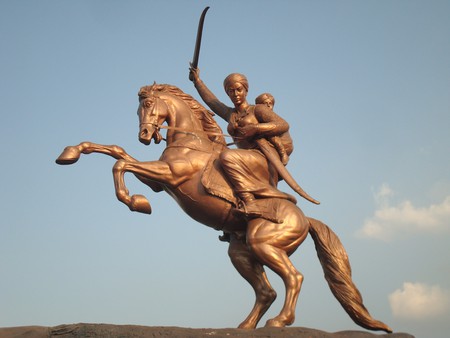 Since time immemorial, women have overcome odds and challenged adversity. While the trials vary according to time and circumstance, the grit and determination that is intrinsic to womanhood has remained constant and stood the test of time. As the world moves forward, women are today leading the charge for a progressive society. Here is a list of Indian women heroes who have made the world sit up and take note.

Indra Krishnamurthy Nooyi etched her name in the annals of international business when she became the Chief Executive Officer and Chairperson of PepsiCo, the second largest food and beverage company in the world. She is ranked at number 11 on Forbes’ list of the World’s 100 Most Powerful Women in 2017 and second on the list of Most Powerful Women by Fortune for the same year. Having joined PepsiCo in 1994, she has governed the organisation’s international planning over the past decade. 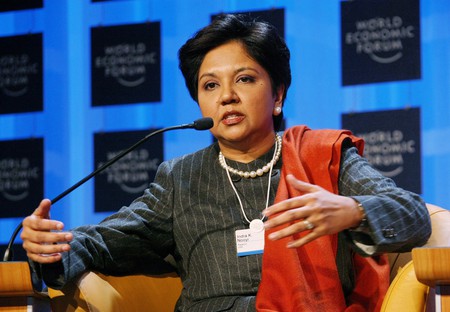 Winner of the Man Booker Prize for Fiction in 1997 for her debut novel The God of Small Things, Arundhati Roy has donned several hats throughout her life. After studying Architecture, she wrote screenplays for a couple of Indian short films and also had a stint in acting. Thereafter, she took to social activism, for which she received critical responses for her espousal of controversial causes. Despite the disputes, Arundhati has a loyal fan following and is much respected for her literary repute and support for environmental and humanitarian undertakings. 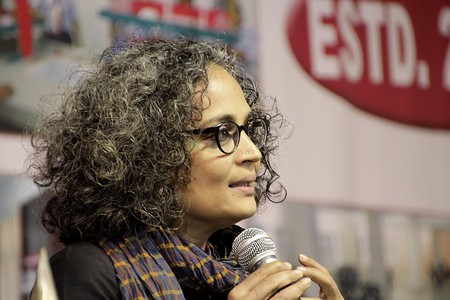 The woman who lurched into the international amateur boxing scenario from a remote village in the depths of North East India, Chungneijang Mary Kom Hmangte, better known as Mary Kom, opened the vista of women’s boxing in India. An Olympic participant, she is a five-time winner of the World Amateur Boxing Championship, and the only woman boxer to win a medal in each of the six world competitions. Hailing from a poor family, she made her way up to become a world champion through hard work and determination, having returned to professional boxing after taking a break from marriage and motherhood. 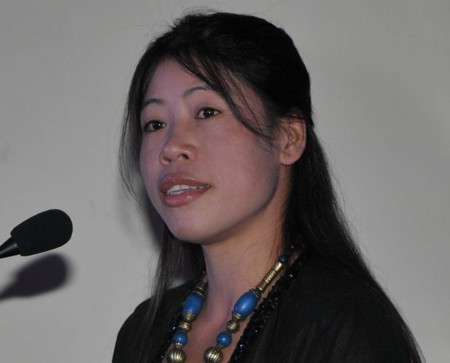 This pretty lady has achieved what no other Indian woman has, so far. Tearing down conventions, Seema Rao is the country’s first woman commando trainer. Also qualified as a professional medical doctor, she possesses an MBA in crisis management. In partnership with her husband, Major Deepak Rao, she has trained over 15,000 soldiers in close quarter battle. To top it all, she is one of only 10 women in the world who are trained in Jeet Kune Do – a form of martial arts developed by Bruce Lee. Is there any surprise that she is known as India’s Wonder Woman? 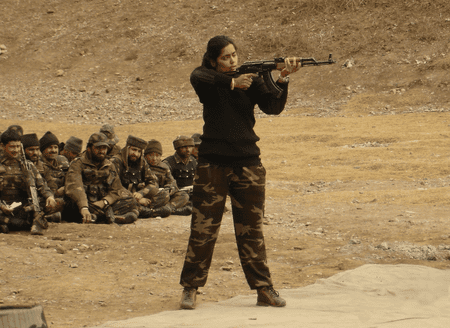 Known as the ‘Iron Lady’, Irom Chanu Sharmila has been a symbol of undeterred will. A civil rights and political activist, and poet; she went on a hunger strike lasting 16 years, protesting against the Armed Forces Special Powers Act ordained by the Indian government, which grants the Indian armed forces unregulated powers of action. Due to the misuse of the power by the army, which resulted in civilian massacres, Irom vouched to renounce food and water, in what led to the longest hunger strike in the world. 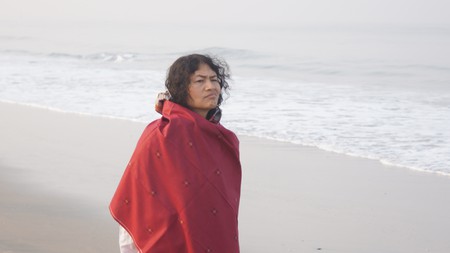 She became a beacon of light for women across the country when she was selected as the first woman to join the Indian Police Service. Over the course of her illustrious career spanning 35 years, she was able to bring in numerous reforms, while being instrumental in mitigating the number of crimes against women. Not just a national sensation, Kiran Bedi also went on to achieve international acclaim, when she was appointed as a Police Advisor to the Secretary-General of the UN in 2003. After taking up voluntary resignation, she has continued to be a livewire in the public domain, being an audacious writer and dauntless social activist. 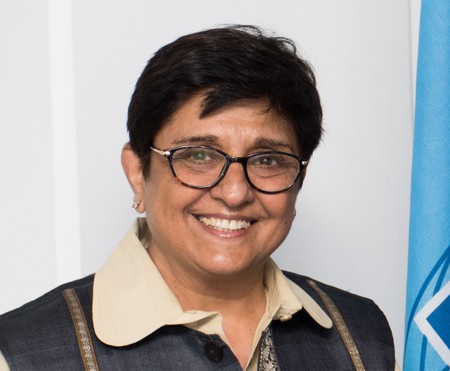 Kiran Bedi was accorded with the Ramon Magsaysay Award in 1994 | © A. Mhadhbi/Wikimedia Commons

Fearless is a synonym for Barkha Dutt, the intrepid television journalist, most famously known for her war reportage during the Kargil War between India and Pakistan in 1999. An emblematic figure of New Delhi Television Limited, better known as NDTV, Barkha was one of the most prominent faces of the news channel for 21 years. She has been a figure of inspiration for countless young girls and women who courageously embraced the field of hardcore journalism. Over the period of her electrifying career, she has met with both appreciation as well as disapproval for her outspoken brand of journalism, but she has always risen above it to remain a mark of strength. 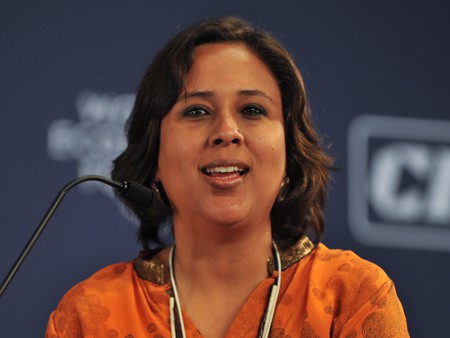 One of the most powerful women in Indian politics, Sushma Swaraj rose to the position of the Minister of External Affairs of India, becoming only the second woman to don the role after the late Indira Gandhi. She began as an advocate in the Supreme Court of India. Her political career was launched with a bang, when she became the youngest cabinet minister in India at the age of 25, a record as yet unsurpassed. The public’s admiration towards her has only grown since, as she has been influential in rescuing numerous Indian expatriates from positions of crises from across the world. 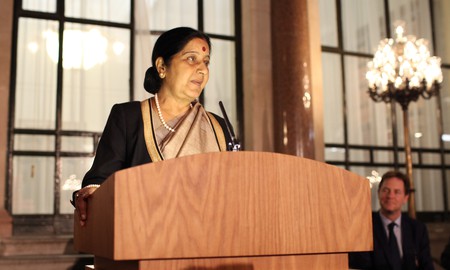 The epitome of grace and perfection, Shobana is a radiant exponent of the classical Indian dance of Bharatnatyam. At the age of 13, she started acting in South Indian films and has a repertoire of more than 200 films in various Indian languages and English, while also being a two-time recipient of the National Award for Best Actress. An exemplary artist, she is a proponent of the self-assured modern woman who prioritises her life’s calling above everything else. As a result, Shobana has remained single and went on to adopt a girl whom she named Anantha Narayani. 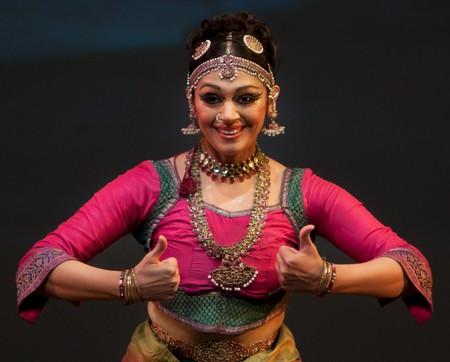 A perfect example of the idea that age is not a limitation when it comes to goodwill; Saalumarada Thimmakka is an environmental crusader even past the age of 100. She is renowned for her act of planting over 8,000 banyan (Ficus) trees over her lifetime. With no formal education, she worked as a labourer in a quarry. According to reports, she began planting trees because she and her husband were unable to bear children. Her acts got the attention of the international media, and the 105-year-old was named by the BBC in their list of the 100 most influential women in 2016. 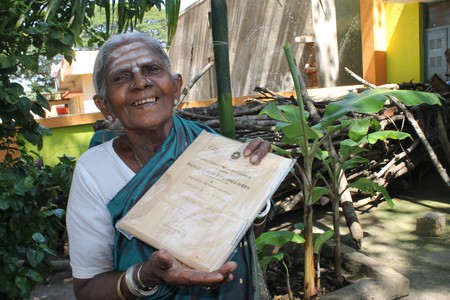 Thimmakka earned the prefix of Saalumarada as the word means ‘a row of trees’ in her native language, Kannada | © Arun4speed/Wikimedia Commons

Hers is a story of courage and the will to survive and triumph over fate. Laxmi Agarwal was only 15-years-old when her stalker threw acid on her face, to disfigure her for life. The incident failed to break her, and instead only empowered her to take up the cause of acid attack survivors like herself. She went on to lead campaigns and petitions against the sale of the spurious liquid, following which, the Supreme Court of India ordained the regulation of the sale of acid by the central and state governments. In an act of defiance against society’s reverence for the physical beauty of a bride, Laxmi and her partner Alok Dixit decided against getting married and instead opted to live-in together. 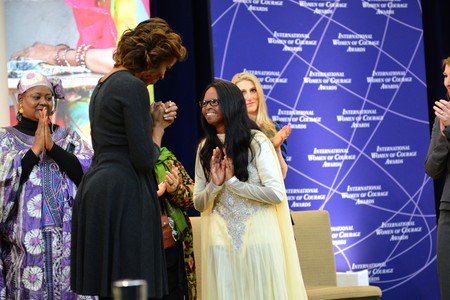 In 2014, Laxmi was conferred with the International Women of Courage Award | © U.S. Department of State/Wikipedia Commons
Give us feedback