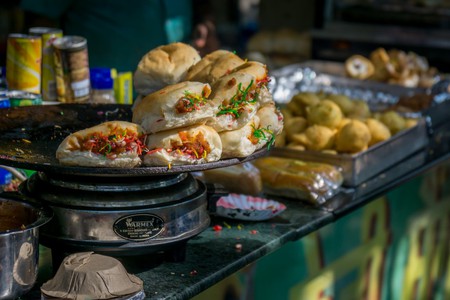 Mumbai is a city known for its kindness and unique food culture: an amalgamation of flavors from across the length and breadth of the country and sometimes from foreign shores too. Everyone has their own must-try dishes from the nukkad ka chaiwaala to the local sandwichwaala. Here’s our guide to some of the best foods you must try whilst in Mumbai.

The first thing that comes to mind when thinking about Mumbai food culture is vada pav. This spicy, garlicky potato stuffing, battered and fried before being stuffed into a pav along with a variety of chutneys and butter is a real delight. It’s comfort food taken to a new level. You’ll find it at street food stalls across the city: try the ones opposite Mithibai College, Vile Parle West. 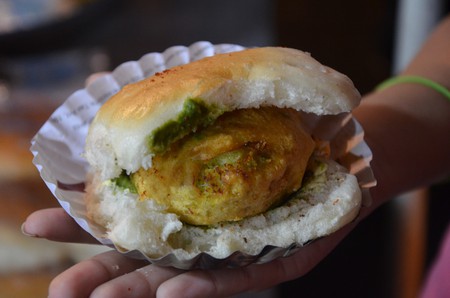 This spicy lentil gravy has its origins in Maharashtra, and is a wholesome brunch that can be eaten at any time of the day. Accompanied by some pav, chopped onions, a slice of lemon and some farsan, this dish is delicious. The spice gravy, called tarri/rassa is what makes the missal what it is. Try it at one of the traditional old school restaurants in and around Dadar and Charni Road. 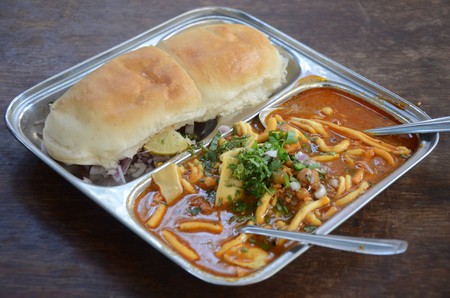 Traditionally a frankie is a roti made out of all purpose flour, stuffed with a mildly spiced potato filling, lots of chopped onions, some vinegar, a unique spice mix and rolled and served. Nowadays, you also get it in a variety of stuffings like a cheese schezwan frankie, manchurian frankie, paneer frankie, noodle frankie, mayonnaise frankie and chilli cheese frankie. You’ll find it at most street food stalls in the city. Difficult to get in a restaurant. 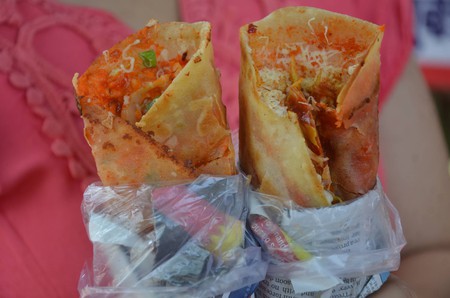 Gone are the days when dosas were just about the good old sada dosa, masala dosa, rava dosa, Mysore masala dosa and paper dosa. The twists that the city gives to dosas have to be tasted to be believed. To try one of the dosa variations you’ll need to visit the various Khau Gallis in the suburbs. 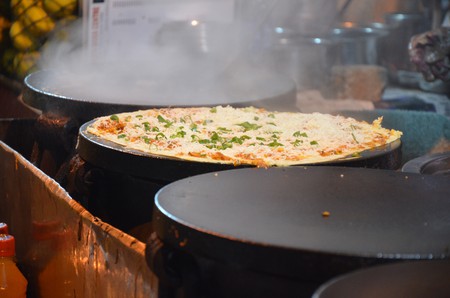 You can have a sandwich almost anywhere in the world, but the activity toast, also known as the masala toast sandwich, is a must have in Mumbai. Stuffed with a potato bhaji and toasted on a stove, this is an all time favorite, and the go to snack in the city’s food scene. It’s available at any roadside sandwichwaala, but especially good is the original Sandwizza outlet in Santacruz West, near the station. 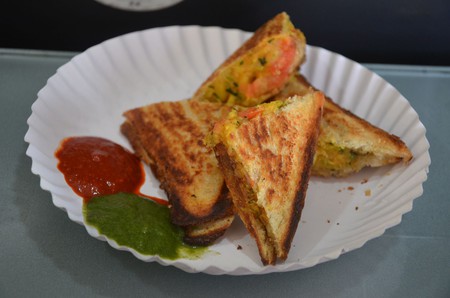 Mumbai has the best pav bhaji in the entire world. A spicy vegetable curry, along with pav soaked in butter, is incredibly tasty. You can try it almost anywhere and everywhere in the city, be it a restaurant or a street food stall. 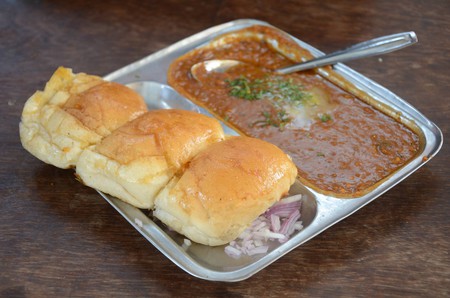 They say Delhi is famous for the chaat they serve but Mumbai ends up adding its own unique touch to everything. One such dish is the pani puri. This particular dish is available across various parts of the countries with different flavors and names such as puchka, and gol gappe. Traditionally, pani puri is a bite sized semolina puri stuffed with a mixture of sprouts and boiled potato that is then dunked in a sweet tamarind and date chutney and then into a spicy mint leaves based water and served. Nowadays, you also get a ragda puri version of it, where instead of the sprout and potato stuffing, they put a white pea gravy. For most Mumbaikars, true happiness is a pani puri. Try it at your closest Chaat Waala Bhaiya. 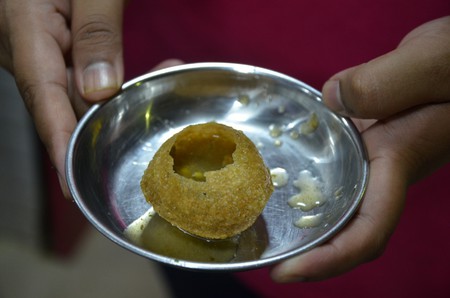 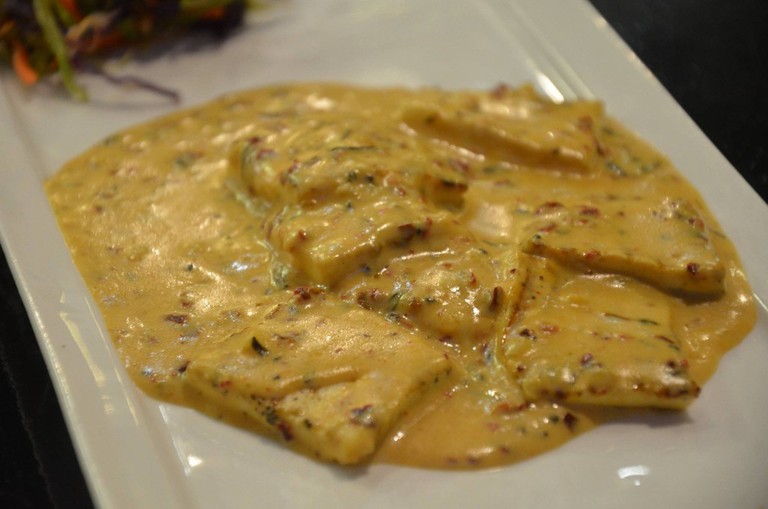 paprika paneer | ©Sucheta Thakur
You can get a decent paneer in paprika sauce practically everywhere. However, the paprika paneer at Quench All Day Pub has all the city talking. Their signature sauce and perfectly grilled paneer is a truly heavenly combination.
Open In Google Maps
Juhu Scheme, Vile Parle West Mumbai, Maharashtra, 400056, India
Give us feedback

Mumbai’s answer to carbonated drinks is Energee. Availabale at all Aarey booths that dot the city, Energee is a delicious flavored milk that comes in various flavors and is available only in Mumbai.

What’s a trip to the city without a visit to the beach to enjoy some kulfi falooda and gola as you watch the waves wash ashore on a summer afternoon? Head to the beaches of Mumbai to try the best ones. 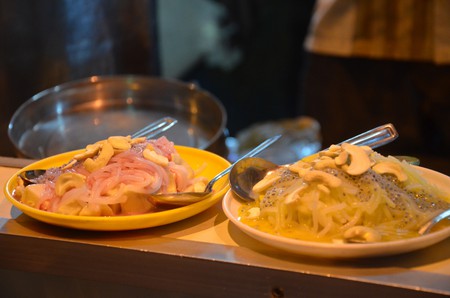 For a fabulous end to your trip, try a leisurely late afternoon in one of the very few Irani cafes that are left in the city. Enjoy some milky, sweet Irani Chai that comes with bun maska.