11 Films That Will Help You Understand India 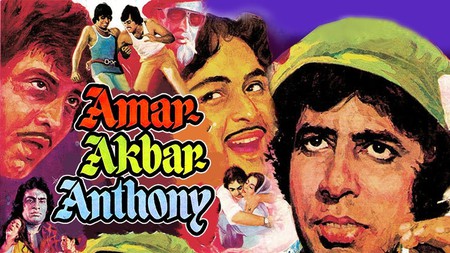 We have compiled this list of 11 Bollywood films that will help you understand different facets of India. From a road trip horror film to rioting comedies, these movies are diverse and arguably the most entertaining ways for you to learn more about India.

To understand the Indian obsession with unfulfilled or forbidden love, watch this epic period drama about the Mughal love story of Prince Salim and court dancer, Anarkali. Among the most celebrated Bollywood films worldwide, it follows their love story against the wishes of Emperor Akbar, and its eventual doom. It also happens to be the first black-and-white Hindi film to be digitally colored.

Unity in diversity is one of the most fundamental mottos India runs on, and this hilarious comedy from the ’70s is an ode to the country’s religious diversity told via the tale of three brothers separated at birth and raised separately as Hindu, Christian, and Muslim. The film follows their reunion several years later and combined effort to avenge those who separated them in the first place.

Yet another heart wrenching story of forbidden love, Bobby follows the relationship between two Mumbai teenagers from different social classes—wealthy Raja and poor Bobby. A romantic musical which became a trendsetter for decades of films to follow, Bobby touches on how class, religion, and other differences still plague India—urban and rural.

A good portion of being Indian has to do with making jokes on the inefficiency of government bureaucracy, and few films do this better than this ’80s cult classic. A satire on corruption in Indian politics, bureaucracy, and media, this Naseeruddin Shah-starrer is a must-watch.

Mohan, a non-resident Indian working at N.A.S.A., takes a trip back home to India to visit his nanny and soon finds himself engulfed in the matters of the village where she now resides. His interactions with a host of characters—young and old villagers living in abject poverty, a young teacher dedicated to providing education to all, and religious defenders of the ancient caste systems—gets him doubting the point of his return to N.A.S.A. and the U.S.

When a bunch of indifferent young college graduates filming a documentary about the Indian independence movement are affected by personal tragedy that has to do with political corruption, their sense of patriotism is awoken. A hugely influential film about both India’s hurt that has to do with its colonial past and its frustrations with contemporary corruption, Rang De Basanti is one not to be missed.

This rich and playful movie takes on India’s highly competitive and pressurizing education system and its inability to accommodate special needs or learning disabilities. Guaranteed to make you laugh and cry, it is the perfect movie to watch with kids.

India may be a country of great extremes and disparities, but among several things that unite all across the spectrum is a common quest for happiness—even if it is momentary. Following an indifferent young man tasked with transporting an old touring cinema truck across the arid Thar desert, this film looks at a range of issues, from drought and poverty to India’s incomparable love for cinema.

Capturing the intersecting lives of a range of characters in contemporary Mumbai, Dhobi Ghat is among the most relevant portrayals of 21st century urban India. From Munna, a dhobi residing in a slum and aspiring to be an actor, to Arun, a loner painter finding inspiration in the video diaries of his apartment’s former resident, the characters in the movie are rich and worth lending your time to.

A satirical take on one of the gravest issues faced by contemporary India—that of farmer suicides—Peepli Live mocks politics, media, and societal indifference, among other things. It follows the story of an unsuspecting farmer who decides to commit suicide so that his impoverished family can collect a government subsidy, and the hullabaloo it sets off among the press and political parties who just happen to take notice.

Anushka Sharma’s road trip horror film is entertaining, terrifying, and depressingly relevant in its portrayal of the fear with which contemporary Indian women interact with their society. Using a classic road trip gone wrong plot, the film lets viewers take a look at some of the darkest aspects of rural Indian life.