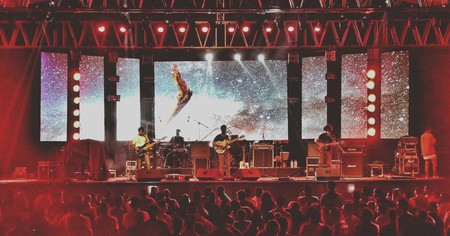 India’s independent music scene may have been unfortunately overshadowed by the Bollywood music industry. However, a surge in music festivals and platforms for non-Bollywood artists, as well as an explosion of talented and distinct musicians emerging around the country, tells us that things are about to change, if they haven’t already. Here are ten up-and-coming Indian musicians you should listen to now.

As best described by the musical duo itself, Sulk Station has created its own unique brand of lush, moody, and hypnotic music. Spanning across genres such as trip hop and ambient music, and tastefully combining elements of Indian classical music, their music is markedly different from a lot of contemporary Indian independent music. The Bangalore-based musical group has Tanvi Rao on vocals and Rahul Giri on music production.

Formed in 2010 when when Khalid Ahmed and Kashif Iqbal, childhood friends from Kashmir, met in Bangalore after a gap of a few years and decided to collaborate on music together. Soon Sachin Banandur and Fidel D’Souza also joined them to complete the rock band. With strong Urdu/Kashmiri lyrics and a distinct blend of blues and rock among other styles, Parvaaz has carved out a space for itself in India’s music scene.

This talented music producer has a strong background in jazz music and a keen appreciation of old Bollywood music, which he brings into his distinct brand of electronic music. Using samples from Bollywood music like few others can, Sid Vashi blends in elements of jazz, hip-hop, and a range of hypnotic sounds to create a musical experience that you simply should not miss out on.

This singer-songwriter from Mumbai, with distinct and rich husky vocals, has been making the rounds around music festivals in the country from Ragasthan to Sunburn. Accompanied by her trusted guitar, Alisha Pais sings haunting originals about life, love, and longing as well as covers of contemporary and retro music.

Sandunes, or Sanaya Ardeshir, has established herself as one of the country’s leading electronic producers over the years. With an upbringing as a pianist and keyboard player, Sanaya has an exceptional understanding of music to her advantage, which she has worked into her very popular electronica productions.

Naved Sheikh, aka Naezy, from Kurla, Mumbai raps in Urdu/ Hindi about all the right things – growing up in a low income neighborhood, inequality in the city, and so on. With sharp, vivid lyrics – a testament to his impeccable storytelling skills – and a characteristic hip hop sound, his music is fast gaining the appreciation it deserves.

This independent producer, who lists the likes of Shlohmo and Nicolas Jaar as inspiration, has created his own niche in dreamy electronic music with a range of productions combining ambient sounds with rich bass and beats.

Combining traditional Punjabi folk music with ambient electronic, and taking inspiration from Sufi poets like Bulleh Shah and Kabir, this musical duo is a fantastic blend of old and new of which India’s music scene cannot get enough. Sukhmani Malik is a trained Hindustani classical vocalist while Hari Singh is a multifaceted producer, vocalist, and audio engineer.

This alternative band from Chennai recently released their debut full-length album, Triggerpunkte, which was recorded in Chennai and Mumbai for over a year. Having played in major festivals around the country, with an energetic dance/punk sound and strong lyrics, the band is integral to the country’s bourgeoning alternative music scene.

This live electronica project, comprised of singer-songwriter Sohrab Nicholson and producer/drummer and multi-instrumentalist Rohan Ramanna, lists jazz, folk, pop, electronica, soul, R&B, hip hop, and feature film scores among influences, transcending genres in their productions. Having performed around the country and internationally, this Mumbai-based musical duo is every bit worth a listen.