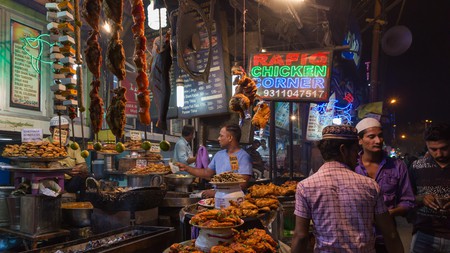 Traditional Indian gastronomy is a melange of spices and flavours. Akin to the subcontinent’s cultural and linguistic diversity, culinary style in India varies from place to place. And every sub-cuisine has its own unique take on dishes. Some might be piquant, others less so, but they are all colourful and enticing. Here are 10 traditional Indian dishes you need to try. 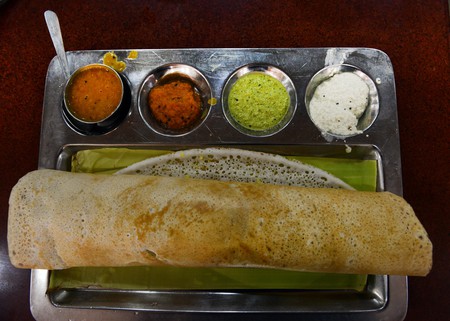 Rice is a staple of south Indian cuisine and is used in most dishes, including the finger-licking masala dosa. While dosa is a generic south Indian dish, masala dosa has specific origins in coastal Karnataka. The preparation of the rice crèpe is relatively simple: rice and lentils are soaked in water for five to six hours to prepare the batter, which is then cooked on a skillet. The types of filling in masala dosa varies, but is usually a potato and onion curry dipped in chutney.

This is an aromatic lamb curry from Kashmir, although it has roots tracing back to Persian cuisine. Made with an array of spices, tomatoes, ginger and garlic, rogan josh is a mouth-watering dish that is adored all over the country. Although the recipe can vary from place to place, the essence is the same.

Biryani was introduced to Indian gastronomy by the Mughals. Among the numerous biryani styles, hyderabadi biryani stands out thanks to the method of cooking and ingredients – rice, meat (lamb or chicken), yoghurt, onions and spices give it its full-on punchy flavour. 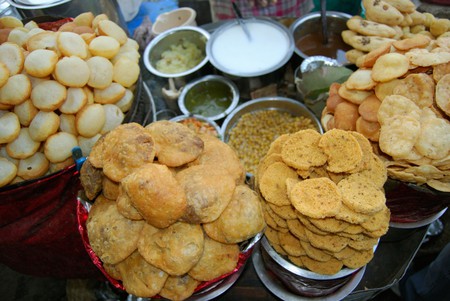 Chaats (savoury snacks) are a mainstay of Indian street food. Popular snacks include kachori, pani puri, bhel puri and masala puri, with a base of puffed rice and peas, vegetables and spices. Chaats originated in north India, and gradually spread to every corner of the country. It’s no exaggeration to say that once you’ve tried chaats, you’ll keep going back for more.

Corn flour bread (makki ki roti) and a mustard leaf-based dish (sarson ka saag) together are a staple of the Punjab region. They may not look particularly enticing, but the flavours are rich and satisfying. Makki ki roti aur sarson ka saag is a nutritious dish that enjoys great prominence.

This minced meat kebab with Lucknow origins is renowned for its ingredients, which include around 150 different spices. Conventional tunde kebabs are made from buffalo meat, with variations on the recipe using chicken or mutton. Tunde ka kabab is chief among the dishes of the Awadhi cuisine, known for its ambrosial delicacies. 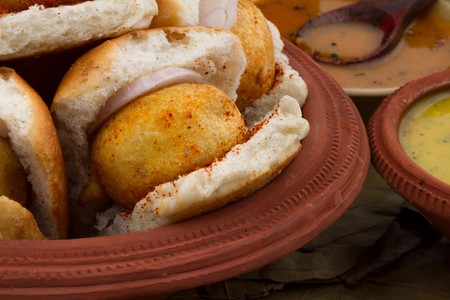 Streets in Maharashtra would be incomplete without the presence of vada pav sellers, such is its sway over the local gastronomy. Vada pav is a vegetarian fusion of potato patty, chilli and other spices sandwiched in a bread roll known as a pav. What began as a simple and cost-effective snack has gone on to achieve widespread popularity in India.

The people of Kerala in India are connoisseurs of beef, and the presence of this meat in Kerala’s cuisine has inspired some of the state’s best dishes, beef roast chief among them. Savouring the beef roast with Kerala’s very own bread, parotta, is every meat eater’s delight.

Northeast Indian cuisine has its own distinctive features, making it a unique culinary adventure. Smoked pork from Nagaland, for instance, incorporates intriguing elements such as bamboo plants and raja mirchi — one of the hottest chillies in the world. Smoked pork is a traditional staple food of Nagaland, and is usually consumed with rice.

Vegetarian savoury snacks in India don’t come better than dhoklas, made from rice and chickpeas. The fermented rice batter is mixed with chickpeas and steamed, and is then served garnished with mustard seeds and coriander. Among the plethora of vegetarian dishes from Gujarat, dhokla is the forerunner.