10 Things You May Not Know About Mumbai, India 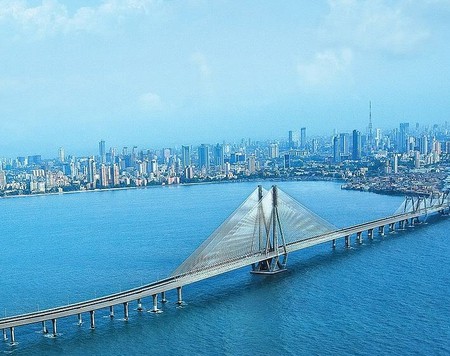 With its rich and complex history and culture, Mumbai is a city that constantly amazes. Here are ten facts about the city of dreams that you probably didn’t know.

Hiking Trail, Park
Facebook
Email
Twitter
Pinterest
Copy link
Share
Map View
Covering an area of 104 km2 (40 sq mi), the Sanjay Gandhi National Park in Borivali is the largest park in the world located within city limits. This dense forested park is home to a resident tiger population, over 2000 year-old Buddhist caves, two large lakes and more! Its lush green cover counters much of the air pollution in Mumbai, leading to it being referred to as the lungs of the city.
Open In Google Maps
Western Express Highway, Borivali East Mumbai, Maharashtra, 400066, India
+919330272267
Visit Website
Give us feedback

While anyone who has taken the local train has likely experienced the horrifying madness that is its super crowds, few are aware that a unique term has been coined in an attempt to encapsulate this phenomenon – super dense crush load. That’s when a train meant to carry 200 people is carrying 500 or when there’s about 16 people sharing a square meter of space!

Mumbai’s impressive local train network carries about 6 million commuters every day – that is equivalent to the entire population of Israel! Besides, the trains on the city’s Western and Central lines make more than 2,000 trips along 300 kilometre, carrying more passengers per kilometre than any railway network on earth.

The Taj Mahal Palace in Colaba is India’s first ever 5 star hotel. Founded in 1903, the hotel was the first in India to have electricity, Turkish baths, and German elevators, among other features. It also had India’s first all-day restaurant, as well as the country’s first discotheque!

Park
Facebook
Email
Twitter
Pinterest
Copy link
Share
Map View
Central Park in Khargar, Navi Mumbai is believed to be the largest park in Asia and the third largest in the world. While parts of the park are still being developed, it already includes theme parks, jogging tracks, water sports, cricket and football grounds, botanical gardens and amphitheaters, and much more besides.
Open In Google Maps
Sector 23, Kharghar Navi Mumbai, Maharashtra, 410210, India
+912267918100
Give us feedback

Rudyard Kipling, author of Kim and The Jungle Book, and Salman Rushdie, author of the Satanic Verses and Midnight’s Children, are among the famous authors born in Mumbai. The Kipling Bungalow, where the author was born, is one of the key attractions in the city for literature fans from around the world. Several famous contemporary Indian writers including the likes of Rohinton Mistry also hail from the city.

Most expensive slum in the world

Dharavi isn’t just one of the largest slums in the world, but it also happens to be one of the most pricey! Building a house in this slum is likely to cost at least 3 lakh rupees.

Mumbai is home to 32 billionaires, with a net worth of $115.1B. That places the city in sixth position on the world’s list of cities with the highest number of billionaires.

The library of the Asiatic Society of Mumbai, housed in the majestic Town Hall building in Fort, houses what is considered to be one of the only two original manuscripts of Divine Comedy written by Dante Alighieri in the 14th century. That’s one more reason for literature enthusiasts to schedule a trip here soon!

While we tend to associate Mumbai more with human achievements, the city also has interesting natural phenomenon to flaunt. The 61m high Gilbert Hill in Andheri formed when molten lava was squeezed out of the Earth’s clefts, and is about 66 million years old. You can visit the hill which was declared a heritage structure in 2007, and the two Hindu temples atop it for a fantastic panoramic view of the city’s western suburbs.