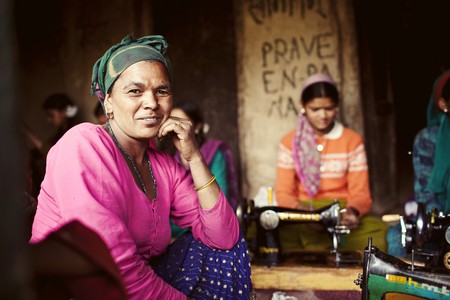 From fighting the taboo against menstruation to feeding thousands of malnourished people and raising awareness about the burning issue of sanitation in India, meet the social entrepreneurs who are fighting against all odds to make a difference in society.

Bisman Deu founded her first company, GreenWood, when she was just 15 years-old. She invented a product aimed at eliminating one the of the biggest causes of air pollution in North India— crop burning. Just before the onset of winter in India, farmers in the states of Punjab and Haryana burn millions of tonnes of rice stubbles as the crop tends to leave behind a residue of husk and straw after harvesting.

As a schoolgirl, Deu saw how crop burning on her family farm was affecting the environment. It is then that she started experimenting in her parents’ kitchen and invented a new variety of sustainable building material from rice waste. This material can be used as a base for building houses in rural areas.

Deu, now a student at the University of Warwick, has also started an organization called Colour the World Pink, which encourages girls to become leaders and entrepreneurs from a very young age.

Ishita Anand is the founder of BitGiving, India’s first online social crowdfunding platform. Anand started the company in 2013 when the idea of crowdfunding was still very new in the country. Five years later, BitGiving has managed to help diverse causes as finding sponsors for the National Ice Hockey team to raising Rs 60 lakhs (£67,000) for the 2015 Nepal earthquake, as well as ensuring that an animal shelter in Delhi remains on its feet.

Before they started camping on BitGiving, not many people in India even knew that there was an ice hockey team in the country. They managed to raise Rs 6.5 lakhs (£7200) within 20 days and even found sponsorships from a few big corporate houses. This allowed the team to participate in the Asian Championships in Kuwait in 2015, which seemed like a distant dream just a few weeks before their departure. Through BitGiving, Anand continues to fulfil many aspirations. 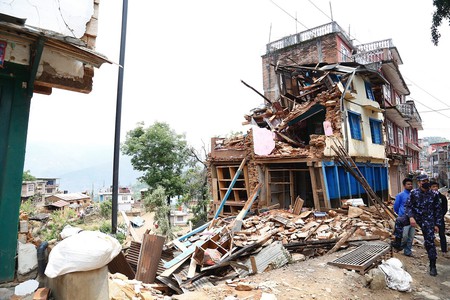 Aditya Agarwalla was a computer science major at Princeton University before he decided to drop out of college and work full time on Kisan Network, a company he founded with his father Sanjay.

Kisan Network is an app that helps farmers in India earn more income from their crops by getting rid of a series of middlemen who tend to rake in most of the profits. Even though agriculture is the mainstay for 70 percent of rural families in India, there’s a lack of awareness about market rates among farmers and Agarwalla aims at changing this and get better deals for farmers through his app.

Kisan Network also helps with ease of business as once the sale is made, the company manages the pick and drop facility, so that the farmers do not have to travel for miles to sell their products. Over a million pounds of crops have been sold through the app so far and farmers have been able to earn 10 percent more than prevailing market rates.

In a 2017 global hunger index report released by Washington-based International Food Policy Research Institute, it was revealed that India’s hunger problem is worse than that of countries like North Korea and Iraq. It is thanks to people like Ankit Kawatra, who are working endlessly to resolve this issue one small step at a time.

At 22 years-old, Kawatra left his secure job to start Feeding India, a non-profit social enterprise working to fix hunger and food waste problems. The organization collects excess food from weddings, restaurants as well as residences and serves them to children on the streets, the differently-abled and senior citizens.

Recognising his immense contribution to society, Kawatra was chosen as one of the 17 UN Young Leaders for its Sustainable Development Goals and was even awarded the Queen’s Young Leaders Award by Queen Elizabeth II at a ceremony at Buckingham Palace in June last year.

Menstruation still continues to be a taboo subject in India and women are still considered to be impure during their periods in many parts of the country. Aditi Gupta, who grew up facing the same problems, founded Menstrupedia to educate society about menstrual health and hygiene. In an interview with Time, Gupta revealed how she had to use rags during her period, because of the ‘sense of shame’ attached to menstruation, which forbade anyone in the family from purchasing sanitary pads.

Among other things, Gupta has launched a comic book for girls between the ages of 9 and 14, which helps them and their parents talk about periods in a more fun and comfortable way. Her platform has reached out to thousands of people, helping eradicate the age-old stigma surrounding menstruation.

Bindeshwar Pathak is the man behind the Sulabh International Museum of Toilets in Delhi. He has been working for years to highlight India’s sanitation problem and ending the practice of manual scavenging. Manual scavengers usually belong to lower castes and clean human excreta from dry latrines, like bucket toilets.

In an attempt to change this, Pathak invented a low-cost toilet called Sulabh Shauchalaya for rural areas. He has been able to make over 600 towns across India scavenging-free and has released about a million scavengers so far who’ve gone on to find more dignified jobs.

Pathak does not consider his work done yet as there are still over two million toilets in India that need manual cleaning. He continues to raise awareness on such sanitation problems in innovative ways and the Sulabh International Museum of Toilets in Delhi is just one of them. 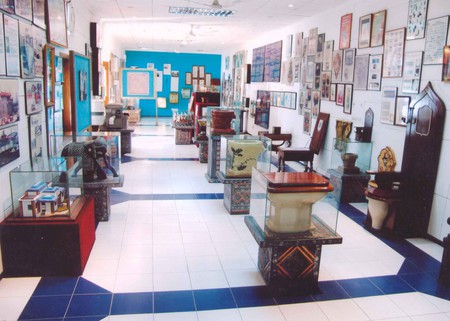 Neichute Doulo is a former college professor who is promoting entrepreneurship in the northeastern states of India through his non-profit enterprise, Entrepreneurs Associates. This northeast region has remained isolated for years and development began only during the 1960s after the Indian government realized the security concerns in the area due to its close proximity to China.

At that time, obtaining an administrative job with the government was easy as recent developments created many new vacancies. For a region that had remained ignored for years, these cushy government jobs were almost considered a status symbol. As more and more people started receiving an education, they still competed for government jobs, which inevitably started saturating by the early 2000s.

This led to a huge problem of unemployment and realizing this, Doulo started working towards changing the attitude of young people and showing them that entrepreneurship can be a viable career option. He has managed to create over 15,000 first-generation entrepreneurs who are not only financially independent themselves but are now generating jobs and a livelihood for the local community as well.

In the villages of India, many women still cook on mud stoves using solid biomass fuels made of materials like wood and cow dung. Not only does this take up a lot of time but they’re also at risk of facing some serious respiratory health problems. Additionally, such stoves release greenhouse gases that exacerbate air pollution.

Greenway Grameen Infra, a company co-founded by Neha Juneja and Ankit Mathur, has invented an affordable solution called the Greenway Smart Stove, which emits 70 percent less smoke and uses 65 percent less biomass as fuel than traditional mud stoves. The company has developed many such sustainable products like their solar-powered lamps and Greenway TV, all aimed at solving critical issues and bringing positive changes in the community.

Anita Ahuja started Conserve India to help address two potent issues— poverty and pollution. She observed that Delhi has tonnes of plastic waste and there wasn’t any effective waste management system to handle this. She was also concerned by the fact that poverty is one of the chief causes holding India behind on the path to development.

This is when she came up with Conserve India, a company that turns waste materials into fashionable products like bags, belts and jewellery. Her workshop in Delhi now employs several ragpickers who make these products, which are then exported to boutiques abroad, mostly European countries like Paris, Russia and Germany. A part of the profit is also used to run a school for the children of these ragpickers.

Through her enterprise, Mann Deshi Foundation, Chetna Vijay Sinha has been empowering women in rural India by providing them with access to microfinance and other means of monetary aid for their entrepreneurial ventures and thus making them financially independent.

Sinha manages three institutions to enable rural women to set up new livelihoods. First is a women-owned rural cooperative bank that extends a range of financial services. Second is a rural mobile MBA school that offers management and entrepreneurship training and finally, a chamber of commerce for women entrepreneurs that facilitate new social networks as well generate awareness about current markets and policies.

Mann Deshi Group of Ventures has helped thousands of women set up businesses in their own local areas and aims to create one million rural women entrepreneurs by 2020. 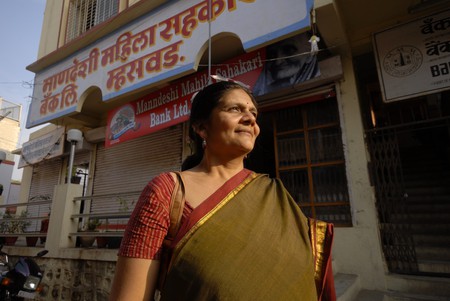