10 Religious Sites in Bangalore You Should Visit

Gopuram of a temple in Bangalore | © Babasteve / WikiCommons
Bangalore is home to a number of beautiful religious sites that not only exudes a divine aura but that are architectural and historical masterpieces as well. Here, we shine the spotlight on some of the most noteworthy. Keep reading to discover our top 10.

Hindu Temple
Meleah Moore / | © Culture Trip
Nestled in Rajajinagar in North Bangalore on a hillock named Hare Krishna Hill, the ISKCON Temple was built in 1997 and is one of the world’s largest ISKCON temples. Dedicated to Lord Krishna, the temple stands out with its stunning architecture, which is a blend of Dravidian and contemporary styles, complete with 17-metre high gold-plated flag post (dhwaja-stambha) and an eight and a half metre high gold-plated kalash-shikara. It is a notable religious, cultural and spiritual centre, which attracts thousands of visitors each year. Several activities, including recitals and prayers for the residing deity along with spiritual sessions, are held here.
More Info
Open In Google Maps
Chord Road, Bangalore, India
+9108023471956
View menu
Visit website
Visit Facebook page
Send an Email
Give us feedback

Church
Meleah Moore / | © Culture Trip
St. Mary’s Basilica is one of the oldest churches in the city that dates back to the 17th century. Initially, it was built by a Tamil Christian as a thatched hut, while the structure that we see today was constructed in 1882 in Gothic-style. In 1973, it attained the status of Basilica. It is a symbol of pride for Bangalore, not only because of its spectacular architecture and splendour but also because of the work and time it took to become the stunning structure it is today. It is adorned with ornamental motifs, arches and elaborate stained glass windows. Its most notable day celebrates St. Mary’s Feast Day. On this day (September 8th), devotees in their thousands visit the church to seek blessings of Mother Mary and several other festivities, including chariot procession, are held.
More Info
Open In Google Maps
Msgr. F. Noronha Road, Bangalore, India
View menu
Visit website
Visit Facebook page
Send an Email
Give us feedback

Otherwise known as the Nandi Temple (or, Dodda Basavana Gudi), the Bull Temple is located in South Bangalore and is the biggest temple of its kind in the world. Dedicated to Nandi (Lord Shiva’s vahana or mount), the temple was constructed in the 16th century using the Dravidian architectural style. The highlight of the temple is the four and a half metre tall and six-metre long huge monolithic Nandi, which is made from a single granite rock. In addition to that, the temple is also known for its annual groundnut fair called Kadalekai Parishe in the local language. 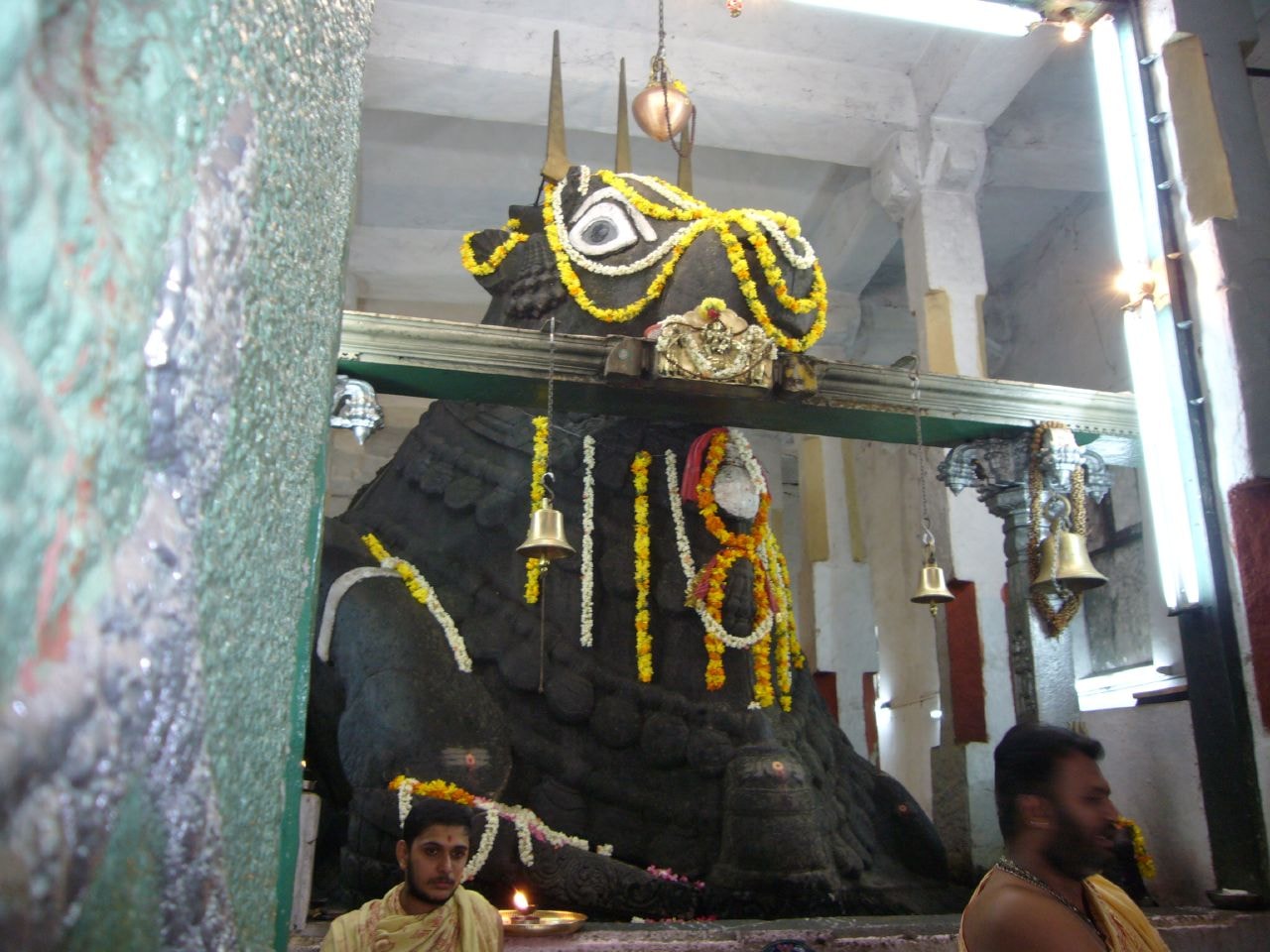 Founded in 1915, the Banashankari Temple is dedicated to Goddess Banashankari and attracts thousands of devotees each year. A unique aspect of this temple is that devotees worship the deity during Rahukaal, which is considered to be the most inauspicious period of the day in the Hindu religion. Legend has it that once, three women visited the temple and asked the temple’s priest to perform the prayer. The priest refused to do it as it was Rahukaal, but later, after the women insisted, he performed the pooja. Upon completion, he came out to give prasad to the women but finds that they have disappeared. And since then, people believe that the visiting women were goddesses and performing pooja during Rahukaal is considered to bring happiness and good fortunes in life.

Located in the bustling KR Market, the Jumma Masjid is the city’s oldest mosque built in the 18th century. It’s a five-storey building with a pristine white marble exterior and attractive interiors, complete with floral motifs and ornate jali work. There are twin minarets with spherical domes within the masjid that are adorned with pigeon holes. The mosque is particularly beautiful during the festive season, when it is lit up completely, thus enhancing its beauty.

Dating back to the Chola period, the Halasuru Someshwara Temple is the oldest temple in the city. Dedicated to Lord Shiva, the temple is a striking example of Vijayanagara architecture. The temple boasts an atmospheric and ornate mantapa (hall), a Rajagopuram (tower) and a Dwajasthamba (massive pillar). Both the exterior and interior have carvings of divinities, notable sculptures and works of art that will leave visitors awestruck. 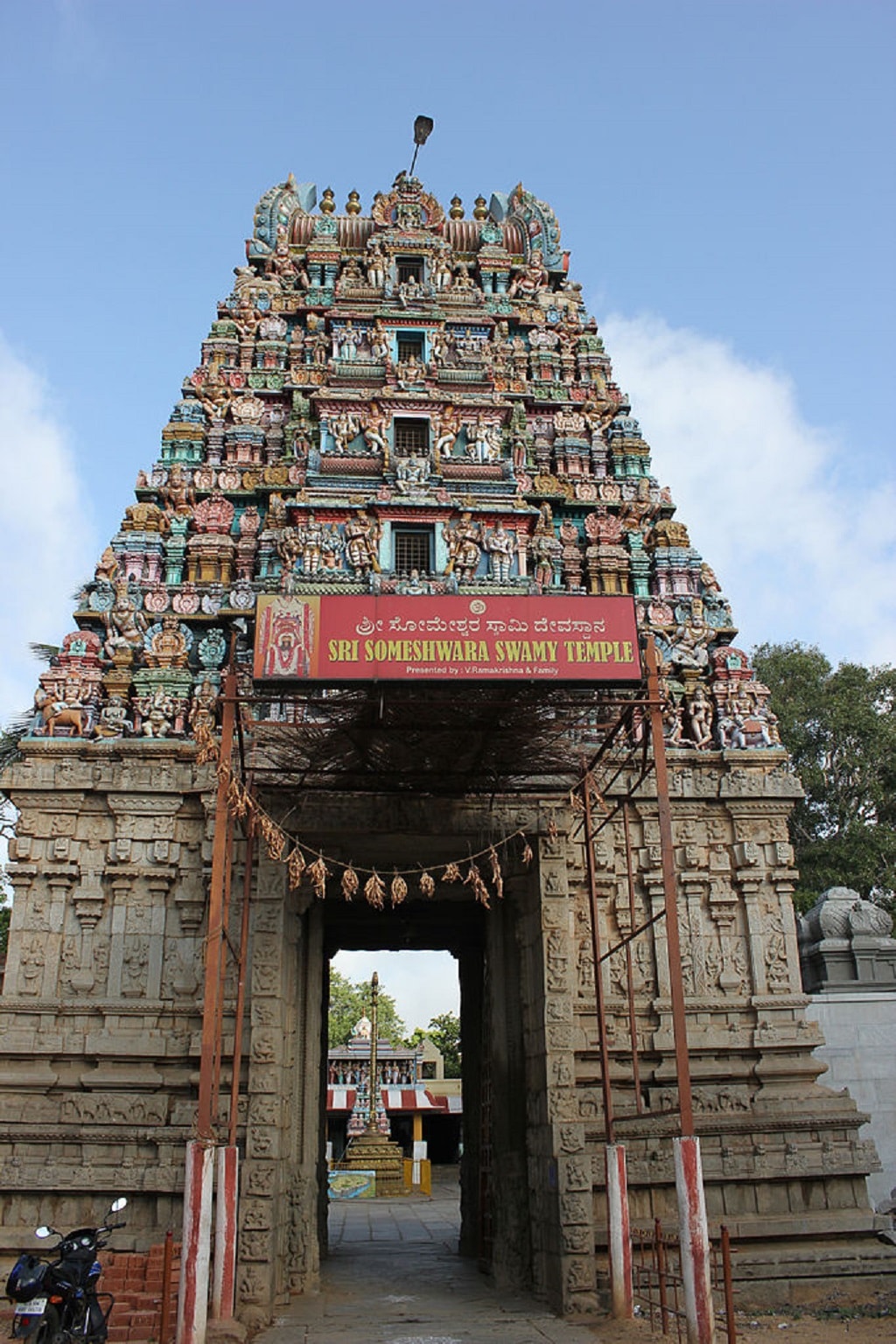 The Gavi Gangadhareshwara Temple, otherwise known as the Gavipuram Cave Temple, is dedicated to Lord Shiva. Constructed in the 16th century, it boasts magnificent rock-cut architecture. Its most striking feature is the stone discs in the forecourt. Another interesting feature is that on Makar Sankranti day (in January), the sun rays are said to pass through the horns of Nandi and further light up the Shivalinga residing within the cave – it’s a sight to behold!

The cathedral you’re most likely to walk into while wandering around the famous M.G. Road is the St. Mark’s Cathedral, which is perhaps the oldest Anglican chapel in the city. Established in 1812, the church is a colonial structure and its current form dates back to 1927. The church is replete with ornate carvings, stained glass work and decorated woodwork, a treat for the eyes and a must-visit for the faithful.

Church
Infant Jesus Church
Built in 1971, the Infant Jesus Church is one of the most popular churches in the city that draws in thousands of visitors, especially on the Thursday mass and on an annual feast day (January 14). The church is known for the miracles of the Infant Jesus, along with its wonderfully tranquil atmosphere.
More Info
Open In Google Maps
Bazaar Street, Rose Garden, Vannarpet Layout, Viveka Nagar Bengaluru, कर्नाटक, 560047, India
+918025301206
View menu
Visit website
Visit Facebook page
Send an Email
Give us feedback

The Dharmaraya Swamy Temple is one of the most unique in India, as it is the only temple dedicated to Pandavas. Architecturally speaking, the temple has elements of Vijayanagara, Ganga and Pallava styles. The temple captivates the eyes of its visitors at the entrance with its colour exterior, while inside, visitors can marvel at detailed and intricate carved chambers and beautiful idols. It is both a beautiful and architecturally significant structure in Bangalore. 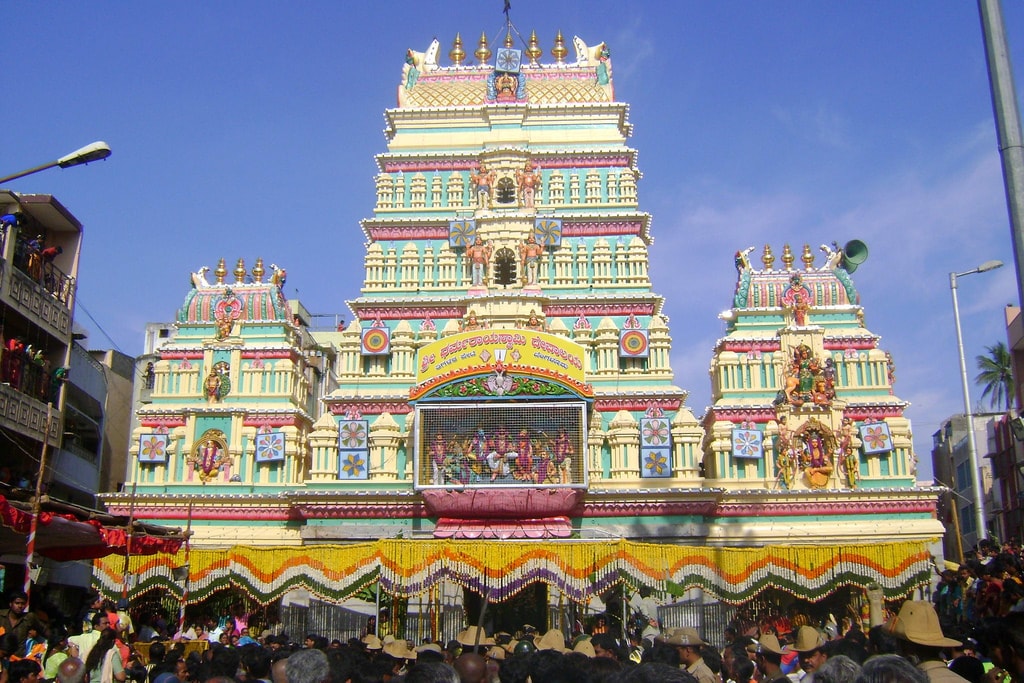