10 Non-Touristy Things to Do in Delhi 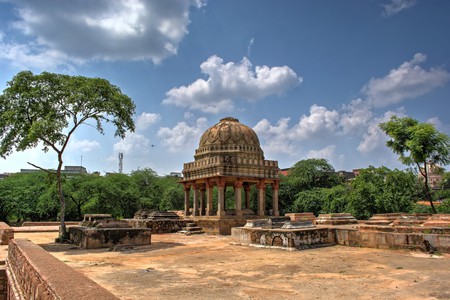 As one of the most visited cities in India, Delhi has a whole lot of popular attractions. But the city also has numerous other unexplored gems like a centuries-old sacred mausoleum for eunuchs and delicious street food at one of the country’s finest university campuses. Keep reading to discover the following non-touristy things to do in the capital.

Popular monuments like the Humayun’s Tomb, Red Fort and Qutub Minar are on every tourist’s wish list. However, since Delhi has seen the rise and fall of several great empires, the city houses numerous other structures of great historical importance as well. Revisit these forgotten monuments, like Quli Khan’s Tomb, Ghiyath al-Din Tughlaq’s Tomb and Feroz Shah Kotla Fort, and get to know more about the capital’s intriguing past. 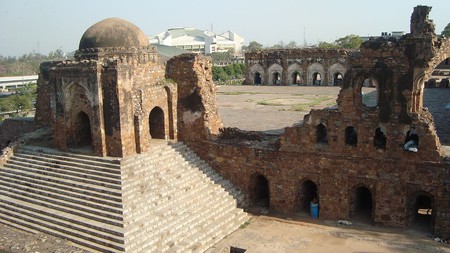 Langar is the concept of a community kitchen in the Sikh religion whereby a free meal is served to people irrespective of their caste and creed. The kitchen is run by a group of volunteers and everybody sits on the floor and eats together. By volunteering at the Gurudwara Bangla Sahib kitchen, not only do you partake in community service but you also get to learn about the Sikh culture, which advocates an egalitarian society. 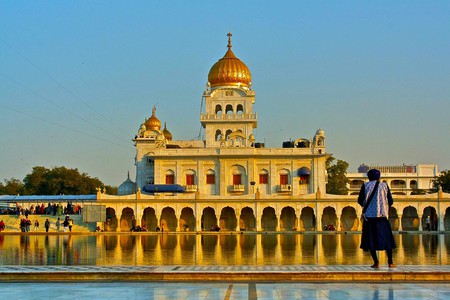 If you walk halfway across the bustling Mehrauli bazaar, you’ll come across a quiet graveyard known as Hijron Ka Khanqah. This quaint monument dates back to the 15th century and is the resting place of 50 eunuchs. The name Hijron Ka Khanqah itself means the Sufi spiritual retreat of eunuchs. The mausoleum is preserved by the transgender community of the city who consider it to be a sacred place. During religious festivals and special occasions, they come here and often distribute food to the poor. A visit to the place is a reminder of how transgenders were once held in high regard in India and how time has altered the perception towards the community. 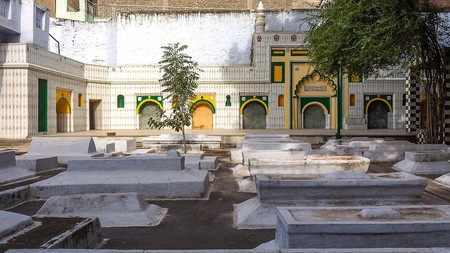 Hijron Ka Khanqah, which means the spiritual retreat of eunuchs, dates back to the 15th century | © Abhishek Khanna / WikiCommons

When it comes to savouring street food, tourists are usually advised to try the eateries in Old Delhi, especially on Paranthe Wali Gali. But you can taste some equally delicious food at the various dhabas (roadside food stalls) at Jawaharlal Nehru University. Not only is the food here tasty and inexpensive, the university campus is serene and uncrowded. Try the North East Dhaba for Chinese and Northeast Indian dishes, the Shambhu Dhaba for Bengali delicacies and the Mughal Darbar for kebabs. The university students also claim that Ganga Dhaba serves one of the best cuppa you’ll find in all of Delhi. 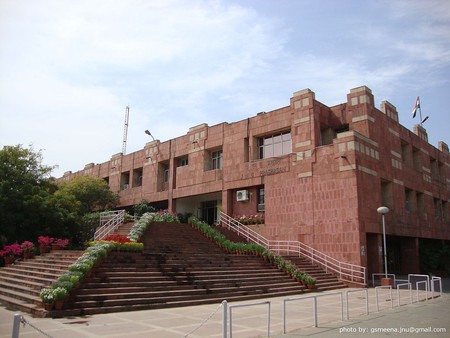 It might seem like most of Delhi is crowded and chaotic, but the capital also has many scenic spots ideal for a refreshing walk. With ample green spaces, far from the usual hustle and bustle, places like the Kamla Nehru Ridge and Sanjay Van are great options if you want to spend the day exploring nature. On the other hand, sites like Mehrauli Archaeological Park have a number of centuries-old monuments, in addition to verdant foliage. So you can combine a leisurely walk with an interesting lesson in the capital’s history. 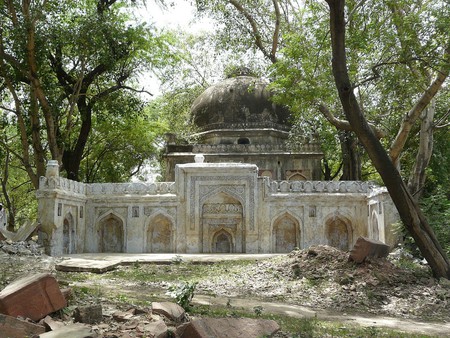 Shop for all things organic at The Earth Collective

If you’re lucky enough to be in Delhi during the weekend, make sure you visit The Earth Collective bazaar, which takes place every Sunday. Apart from organic farm produce, the pop-up market also has a range of other all-natural and chemical-free goods like homemade jams and preserves, essential oils, bath and beauty products, home essentials and even organic clothing. Besides being eco-conscious, these make for very thoughtful souvenirs. You can also visit Passion Farmer’s Market, another similar bazaar, which takes place on Saturdays.

Have a Tibetan meal in Majnu-ka-Tilla

During the early 1960s, many Tibetans were forced to leave their native land in the aftermath of the Tibetan Uprising of 1959. Many of them came to the Indian capital and took shelter in Majnu-ka-Tilla, a colony in North Delhi officially known as New Aruna Nagar. Today, there are a number of affordable bars and restaurants here that serve authentic Tibetan cuisine. Although the place is a bit congested, these eating joints are definitely worth visiting. You can also buy knick-knacks like silver jewellery, silk fabrics and incense sticks while here. 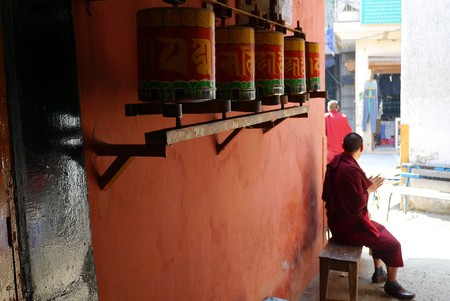 Listen to jazz music at The Piano Man Jazz Club

If you’re looking to spend a night out in the city, skip the overcrowded Hauz Khas Village where both locals and tourists are usually found bar hopping and head to The Piano Man Jazz Club. Although the bar tends to get full, especially on weekends, it’s the one place where you get to hear the finest jazz musicians from various parts of the country. The venue also hosts international artists from time to time.

Shahpur Jat is a neighbourhood in south Delhi where the urban and the rural co-exist in a rare occurrence. Centuries ago, the Jat community moved to the area due to its fertile lands and at the turn of the century, several independent designers and entrepreneurs started setting up shop here mostly owing to affordable rentals. This gave a new lease of life to the agrarian neighbourhood as boutiques, art galleries, cafes and restaurants began mushrooming and Shahpur Jat gradually became one of the hippest districts in the city. If you’re looking to go shopping or for a cool cafe to hang out at, head to Shahpur Jat instead of the more renowned – but also more touristy – Connaught Place. 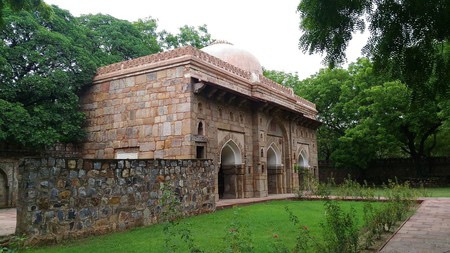 If you want to explore the evolving theatre and performance art scene in Delhi, there isn’t a better place to do so than at Black Box Okhla. Located in an industrial neighbourhood, an old factory has made way for the new theatre space, which is quite unlike the city has ever seen before. The name has been derived from the experimental black box theatre, which consists of minimal and intimate spaces, with performances that focus more on building human emotions and less on extravaganza. It’s a rare experience that you’ll be hard-pressed to find in other cultural centres in Delhi.